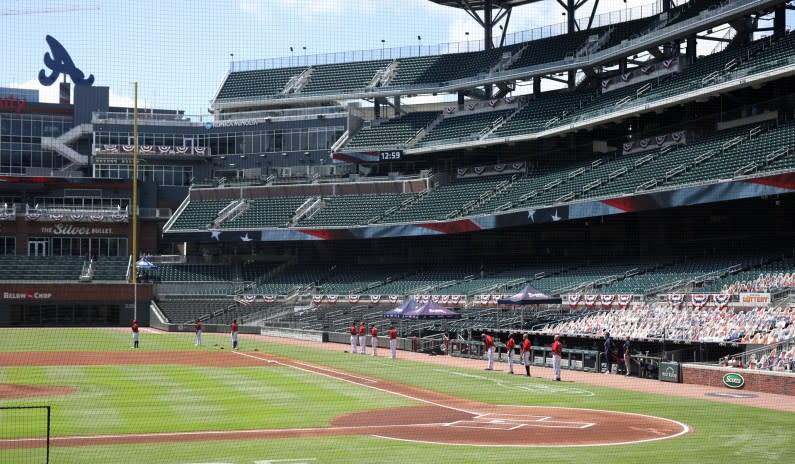 IIn 1968 I got the thrill of nine years of life: the National League brought in my new hero Jerry Koosman – the second best pitcher of my beloved Mets – to defeat Carl Yastrzemski and end the All-Star game with a 1-0 win over the American League. The game was something of a double game that year and not in a good way: the first All-Star game was played on artificial turf and indoors in the mausoleum known as Houston’s Astrodome. It was also the first such night game in nearly a quarter of a century – when some early All-Star games were played in front of sparse crowds and money was raised for the war effort.

The games were exciting in the 60s and 70s, before the free hand and big money, when the players saw themselves as NL or AL players and wanted to beat the other league. These weren’t showcases, they were games. Just ask Ray Fosse.

Unfortunately, the midsummer classic has been anything but a classic for decades, even before Bud Selig turned it into a complete farce: We left 1967 when Tony Perez was in the Hall of Famer of Hall-of-Famer Catfish Hunter (back then in) his fifth inning of work was haunted) finally decided the Nagelbeißer in the 15th inning until 2002, when the “classic” had to be stopped as a 7-7 tie – yes, a tie! – because the teams ran out of players. See, jet setting stars are limited to cameo appearances now. By the end of the Home Run Derby – the exhibition to hit on Monday evening that has long outshone the game on Tuesday evening – they are already nervous. By the fifth inning, many of the starters have already had a shower and are driving to the airport.

That means: It’s been years since I saw the All-Star game, the event I can’t miss in my youth. When I learned that the bright left had got the bright Commissioner to agree to the bright White House’s order to move the game from Atlanta – part of the campaign to slander Georgia’s electoral law as racist – it was the first time I did it at all, heard that the game was scheduled in Atlanta. You could play it on Mars as far as I’m interested, or better yet, not play it at all.

There is only one thing. I’m part of the dying race that MLB needs: the aging fanatic who loves the game and who spends money on it. So what did you do? They made a no-competition spectacle that I had long since bothered about, and by politicizing my break from politics, they not only bothered me but got bats into it too.

I’m too addicted to the love affair I’ve had with baseball for 55 years to say I won’t see it anymore. But I will see a lot less. . . And I won’t spend a dime on it.

I will only say two more things.

The first involves killing the goose that lays the golden eggs. To reiterate what I wrote last summer in connection with the lively NBA boycotts that the lively athletes of other professional sports sought to emulate (just like the NBA’s MLB with that bastion of voting rights, communist China, followed Harlotry into):

Today’s athletes do not realize that their salable value is to allow the rest of us a unified escape from our personal struggles and social divisions. For two or three hours we can wonder how impossible it is to defend a well-executed pick and roll. The conservative and the liberal, the black and white fan, we can all relate to wishing we were the thug who leads a team and wishing we could even feel it for a moment is to have such a talent.

Gamblers fail to realize that the value they can uniquely provide, the value the consumer craves is the oasis of turmoil. The oasis disappears. The players invited the turmoil first, and now they are fueling it.

The left is ruining everything.

The second concerns why the left can ruin everything. Instead of upholding the goodwill of their patriotic fan base, spaghetti guys Rob Manfred and Roger Goodell try to appease the left. They don’t seem to understand that power is at stake, not social justice, and that appetite is never satisfied but grows from what it feeds on.

The scheme always starts with a cute sounding premise that is completely silly, but everyone agrees to pretend it’s a self-evident truth. In this case, the truth is that we should encourage any eligible voter, no matter how ill-informed and apathetic, to vote – to the point that we are trying to force them to register and cast a vote whether they want to or Not .

It is ridiculous. It would be far better if the right to vote were not exercised by ignorant, bourgeois illiterate people who have been hypnotized by the Flimflam that a great nation needs to be fundamentally transformed rather than competently governed. Left to their own devices, many of these people would not even take notice of the election, let alone make the effort to register and vote. Since their participation is not helpful and the effort to participate is already minimal, we should not do more to encourage their participation.

The avant-garde wants you to believe that they care about these people and “fight” for their voting rights to defend their interests. But the avant-garde, the leaders of the Democratic Party, are there for themselves. Sure, they love “humanity,” but they don’t make much sense to humans. You want power. They realize that the path to power in a democracy is to maximize the number of votes counted. So they are pushing to increase the number of registered voters and ballots available, and then find ways – many unfortunately legal, some not – to harvest them. . . They can then gain and retain power, pay off their interest groups, and issue policies that improve the prospects of prosperity for the very people they claim to be fighting for.

It’s a game, but it works because the rest of us kind of agreed that everyone should vote – because, you know, “racism”. If logic were allowed to interfere with the propaganda, it would be deeply offensive, especially to blacks, as the left basically argues that they are too backward to meet simple voting requirements, such as registering within liberal deadlines and presenting ID (which) Everyone has to do something to accomplish the most basic tasks of modern life. But we were conditioned to believe that such common sense cannot be uttered so that the media-democratic complex would not portray us as the reincarnation of Jim Crow. So the left wins the next round and the next. . .

Basta! Voting is a privilege. There are totalitarian societies where people crawl over broken glass to do what we somehow found too burdensome in our sloth when you have to show a driver’s license.

As always, out-of-office voting needs to be taken into account as there are legitimate job and health requirements that prevent people from voting. And we should make it physically easier to vote – more polling stations – and maybe make polling day a two or three day affair. However, it should presumably be required that if individuals choose to vote they are not required to attend, they appear in person at the assigned location and demonstrate that they are who they say they are voting on. States should be encouraged to ask for it. If voting is as important as the left says it is, people should take pride in making the required effort close to zero. This is indeed a source of pride for those interested in the country.

Automatic registration, absentee voting, dropboxing and identification without an ID have nothing to do with races. They have everything to do with Democrats creating more opportunities to cheat. When Democrats tell you that 2021 is no different than 1950, and that an ID card is like a literacy test, they’re saying you’re an idiot. Don’t be an idiot.

You can continue to pretend that voting control is about “justice” and “justice”, not power. You can continue to say nonsense about “participatory democracy” and make any voice heard – it’s pointless, but it definitely looks good on a bumper sticker. But note this: if you admit the left’s wrong premises, all you have to do is negotiate the terms and timing of your final surrender. And each of your concessions just encourages the left to blackmail the next one.

Next thing you know, the only place for a midsummer classic is the Upper West Side – assuming New York can liberalize its electoral laws to meet Georgian standards.

Summary of Science and Technology News in China – April 4th