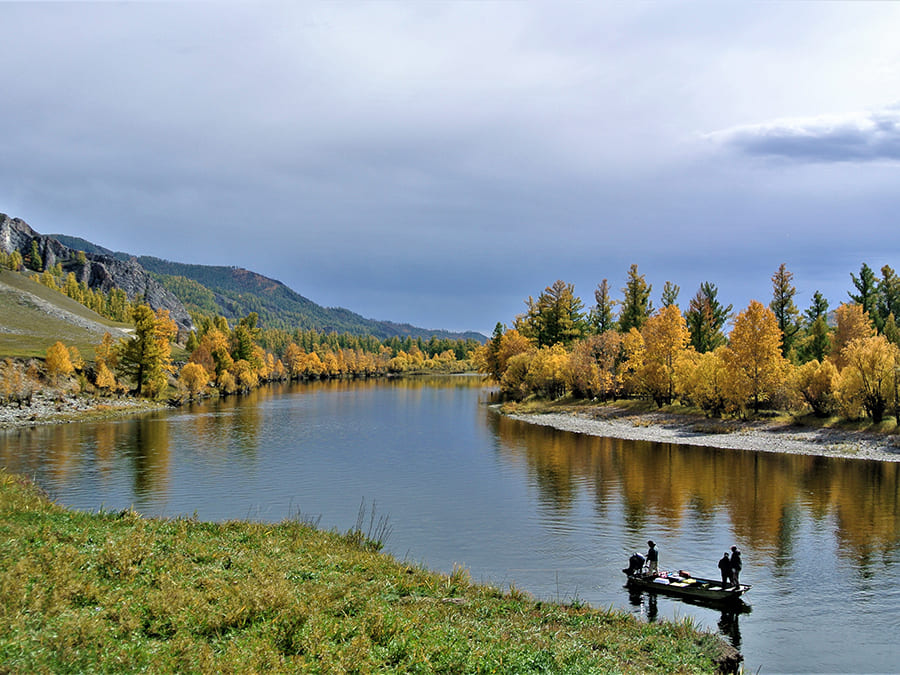 A decade of advances in macro systems biology – research encompassing interconnected systems and scales of ecological processes around the world – is summed up in a series of scientific papers published this week.

The Macrosystems Biology Challenges and Achievements special, published February 1 by the Ecological Society of America, features eight articles by more than 70 authors from around the world.

“This is an emerging and emerging field full of applications. The eight articles illustrate the directions and importance of viewing human connectivity, biodiversity, and function in nature on a larger scale around the world, ”said Sudeep Chandra, Reno Associate Professor of Biology and co-editor of the special edition at the University of Nevada said.

The special edition on Frontiers in Ecology and the Environment was edited by Walter Dodds, distinguished professor of biology at Kansas State University, along with co-editors Chandra and Songlin Fei, professor of forestry and natural resources at Purdue University.

“Macrosystems biology is a new area of ​​research that considers biological processes on a large scale up to and including continental scales,” said Dodds. “The problem is a product of a decade of developments in research.”

The externally reviewed work captures the current state of macro systems biology as dynamic and full of potential when the discipline moves on to the next phase.

Flavia Tromboni, research fellow at the University of Nevada, Renos Global Water Center and Department of Biology at the College of Science, is the lead author of one of the eight articles “Macrosystems as Metacoupled Human and Natural Systems”. The article examines how metacoupling is applied in the field of macro systems biology, while evaluating near and distant links with ecological and socio-economic dimensions.

“We live in an increasingly connected world and the human impact is now affecting every place on earth,” she said. “The SARS-CoV-2 coronavirus outbreak in 2020 demonstrated how quickly a local disease due to human movement became ubiquitous, spawning new global socio-economic and ecological dynamics. In this increasingly metacoupled world, proximity may not always prevail, and many processes can bypass one place to affect one further away. “

Tromboni said other examples include the increasing frequency of forest fires caused by climate change and other anthropogenic factors that are transporting terrestrial particulate matter to further locations, or the floods in Ohio in 2018 that caused a plume of terrestrial sediment and related nutrients in caused the Gulf of Mexico.

“To understand the magnitude of human impacts around the world and find solutions to pressing global environmental problems, we need to change our perspective and start looking at all of these interactions at multiple levels,” she said. “This also means that we have to intensify international cooperation and cooperation. Metacoupling is an extremely relevant framework for the current time and a new frontier in research. “

Working in a macro project means traveling a lot and sharing scientific knowledge with scientists from different cultural backgrounds, Tromboni said. “This is an extremely enriching experience that enables a scientist to approach complex ecological problems from new perspectives.”

Chandra and Tromboni are part of an interdisciplinary research team in a US National Science Foundation-funded study of rivers that span continents using the principles of macro systems biology. The work “Joint research: Hierarchical functioning of river macro systems in temperate steppes from continental to hydrogeomorphic patch scales” provides information on 18 rivers that are evenly distributed between the two largest temperate steppe biomes in the world: the North American Great Plains and the Euro-Asian steppe, also in Mongolia.

Travel and knowledge sharing between cultures

“The need to understand and manage ecosystems on a regional to continental scale is becoming increasingly important with global climate change and the impact of exotic plants and animals on freshwater rivers and lakes,” said Chandra, director of the University of Nevada, Reno’s Global Water Center said. “What we learn about the similarities and differences between the individual river macro systems in the US and Mongolia can help predict the future impact on each individual system and enable more effective management approaches.”

For example, most of the rivers in the US contain some dams and many exotic animals have been introduced, while the vast majority of Mongolian rivers do not contain dams and their aquatic fauna is almost entirely natural and different from those in the US. Mongolia has one of the strongest warming signals on earth. Air temperatures rise three times faster than the northern hemisphere average.

In addition to this project, the University of Nevada, Reno, is involved in several macro-systems biology research and long-term research efforts to understand how climate affects water quality and lake fisheries. Through a partnership with UC Davis and other researchers, work was recently published that quantifies how climate change will affect future ice conditions in mountain lakes in the Sierra, Cascades, and Northern Rockies. In addition, the more than 62 years of monitoring a long-term mountain lake research station at Castle Lake in Northern California links climate and ice dynamics with the food production and feeding behavior of trout in lakes.

“We hope that this special edition will provide a new and important insight into the emerging field of ecology, the study of which has far-reaching implications for society and how we interact with nature and understand relationships in the environment,” said Chandra.

The editorial in the special edition of Frontiers in Ecology and the Environment, Macrosystems Biology – Challenges and Achievements “explains that” the challenge in macrosystems biology is to conduct quantitative, interdisciplinary, and systems-oriented research that helps us understand interrelated patterns and processes from regional to continental scales. Macrosystems biology is not looking for a single holy grail, but rather a collection of grails that require effective collaboration between population and community ecology, biogeography and biogeochemistry, and possibly other disciplines at the same time. It’s no real surprise that the discipline has not yet reached its full potential since it emerged about 10 years ago and given its inherent complexity. “