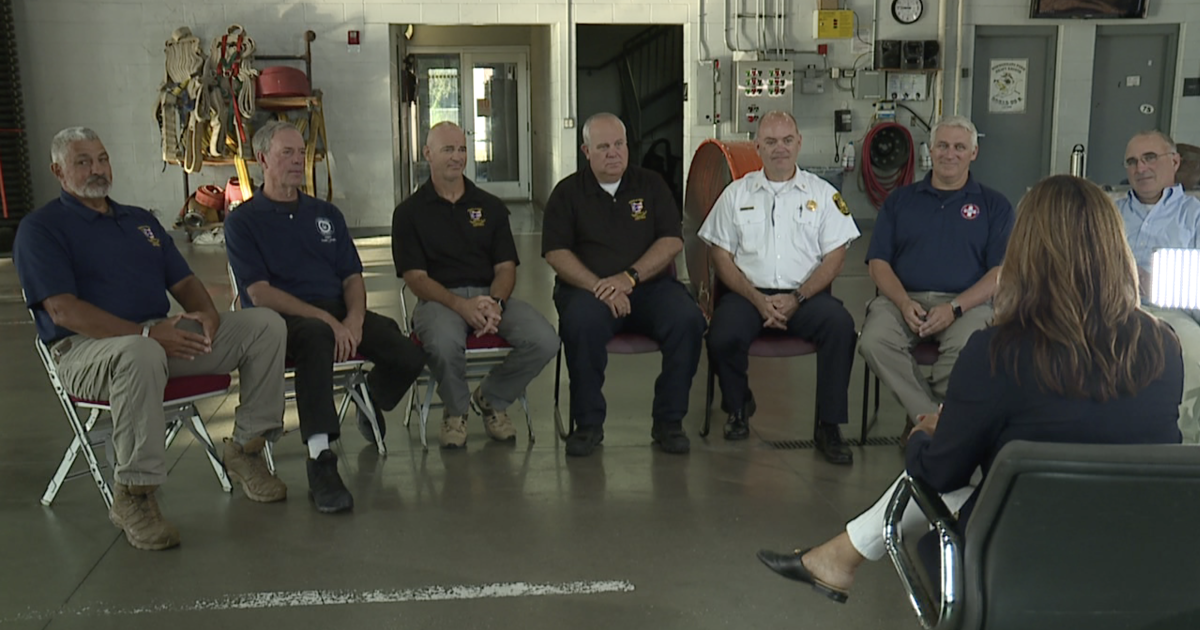 CINCINNATI – While most people were watching what happened on September 11th from their homes or workplaces, U.S. Senator Rob Portman, R-Ohio, was sitting in the White House.

Portman, then a U.S. Representative, said he had two different memories.

The first was a meeting at the White House.

“We checked the TV screen. The second plane arrived,” Portman said. “At that point we knew this was war. I went to get my car to return to the Capitol and saw the black smoke rising in the Pentagon. And Jane was with me.

The couple decided that Portman would stay in Washington, DC, but his wife had to return to Cincinnati as soon as possible to be with their young children. That brought him to his second memory.

“She got the last rental car from Washington, an Enterprise rental car,” he said. “We went to the suburbs to get it. They drove home to be with the kids – Dayton, Cincinnati – streamed down the highway and put themselves in danger. I was so proud. She told me that these Ohio guys, many I know, were going to New York. “

Twenty years later, that memory is still an emotional one for the Senator.

The day of the attack and the following are also emotional times for seven local members of the twelve-man crew of Ohio Task Force One.

“We were deployed around noon that day,” said Ed Thomas. “We were in an information blackout.”

The seven had never sat down and talked about their time in New York before.

“The American public knew more about what was going on than we did,” said Mike Cayse when he went to New York immediately after the attack on the Twin Towers.

Grant Light added, “We were on the stack less than 24 hours after the first plane hit the tower.”

Mike Lotz remembered his feelings as he went to work and walked through the rubble of the towers in hopes of saving lives.

“I don’t think it was fear rather than concern, ‘I hope we get this right’ you know?” said Lotz.

David Pickering said he and his crew had no idea what the havoc they entered was like prior to arrival.

“All the pictures and pictures that you saw on television, we did not get to see; we were on the way,” said Pickering. “So we really had no idea how big … the scope of the operation we were going to perform.”

Benedic said in retrospect that what others saw on television did not fully reflect the extent of the destruction on site.

“I don’t think television ever did justice to the fact that this bunch was so huge,” said the news photographer.

Morris added, “We had a job. But I think we still felt helpless too.

“It was just overwhelming,” said Cayse. “You had to take a moment for it to get you. Everything turned to powder.”

Lotz remembered no chairs or desks or any recognizable objects in the rubble when he arrived at Ground Zero.

And when the Ohio Task Force One crew started digging into that rubble. . .

“(It) was very disheartening to know that we were out of luck and that no one was lucky enough to find survivors,” Cayse said.

But, he continued, “There was always that chance, wasn’t it? That’s why you were there … for that chance, and maybe, you know, you’re going to do this miracle where you, you know, move that piece or cut into that wall and there is someone on the other side, “added Lotz.

Thomas remembered that the hope that kept him going through the days of combing through rubble was alive.

“It weighs you down, but you keep doing your job in the hope that today might be the day – when you knew the odds were getting smaller over time,” he said.

Pickering said he still has memories of the people who were hardest hit by the attack while he was there.

“We went down to the pile every day, and the streets were lined with people holding signs and giving us water or family members looking for someone who was missing. I mean, I don’t know how many flyers I got. ”“ Pickering said.

Benedic said he also remembered the crowds looking for loved ones.

“Thank God I never got a flyer because I would have probably lost it at that point,” said Benedic. “Because it was so emotional to see these people. And they are and they cheered us on.”

Thomas said the experience of being a savior after the attacks changed him forever.

“We dropped everything we did, left our families, you know, our wives, our children, to find a job that we were trained to do and without hesitation,” he said. “And that’s one of the things, you know, I love these guys until I die. I consider it the Pearl Harbor of our generation. not be able to ever break. “

Thomas said he doesn’t see himself as a hero …

“We were glad we were there,” he said. “We were proud to be there. We did what was asked of us, we did our best. But I don’t think that’s a ‘hero’ thing, do I? The guys who climbed those towers are – the firefighters and cops and whoever climbed into those towers – those guys were the heroes. “

“We could do something,” he said. “We fulfill a function. But I don’t see it that way, you know, ”he paused. “I felt a little guilty about having this.”

Looking back, Morris said he believed he could learn more lessons from the days after the September 11, 2001 attacks that took his team to New York.

“I look back on that time. At that time there was a definite unification of the country,” he said. “We’re not there right now. And I think, if anything, we should look back and remember those who were the heroes, but should we also look back and say what brought us together as a country? And how can we, you know how can we remember that? “