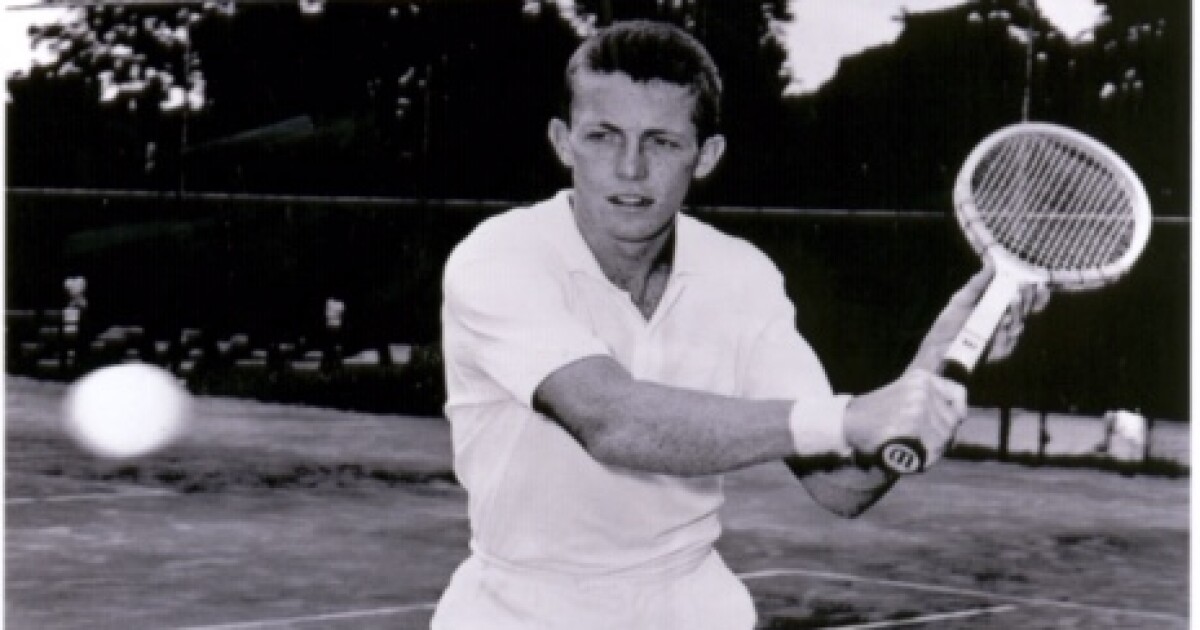 CINCINNATI – International indoor tennis court owned by famer Tony Trabert died at the age of 90, according to the University of Cincinnati.

Trabert, a former UC and Walnut Hills star, had one of the most significant tennis careers in the history of the sport.

Trabert was introduced to tennis on the courses at Bond Hill Park near his childhood home and later became the world’s No. 1 amateur player while winning 10 major championships.

“Athletics has lost one of its greats,” said UC Athletics Director John Cunningham.

“Tony Trabert’s journey from UC to the top of the tennis world and beyond demonstrates the ability of college athletics to make a sports student change the world. Throughout all of this, he represented the Bearcats with class, honor, and dignity. Our thoughts are with his family and friends. “

“The world knew Tony for his excellence in tennis, from his remarkable career to his Davis Cup success as a player and captain, to the voice of the US Open during his decades at CBS Sports,” said the Tournament Director of the Western & Southern Open, J. Wayne Richmond.

“Tony’s influence extended well beyond the court, especially for those who knew him well. He was so proud of his Cincinnati roots and has always been a staunch supporter of the tournament here. “

The UC Athletics Hall of Famer was the 1951 NCAA singles champion at UC and runner-up in doubles.

It also kicked off the 1951 UC basketball team that competed in the National Invitational Tournament.

Trabert was a six-time winner of the tri-state tennis tournament now known as the Western & Southern Open.

Trabert’s 1955 campaign is still considered to be one of the greatest seasons in tennis history.

In 23 tournaments in 1955 Trabert won 18 individual titles and set a record of 106-7. He won more than a dozen double titles that season.

In August of that year, he was featured on the cover of Sports Illustrated.

Trabert was inducted into the Cincinnati Public Schools Athletic Hall of Fame in 2010.

He was the first Ohio High School tennis player to win three consecutive state singles titles. According to his CPS bio, he hasn’t lost a single match in his high school or college career.

“His commitment to tennis has always been a great success as a player and broadcaster. He was a true tennis ambassador. Tony was extremely loyal and passionate to the city of Cincinnati and its Alma affairs, UC and Walnut Hills.”

Trabert, who lived in Ponte Vedra Beach, Florida, was inducted into the International Tennis Hall of Fame in 1970 and later served as its president.

He spent 30 years as a television commentator for CBS Sports and became known as the “Voice of the US Open”. He was also inducted into the championship of the Ohio High School Athletic Association several years ago.

Trabert is survived by his 30-year-old wife Vicki, 14 grandchildren and six great-grandchildren.