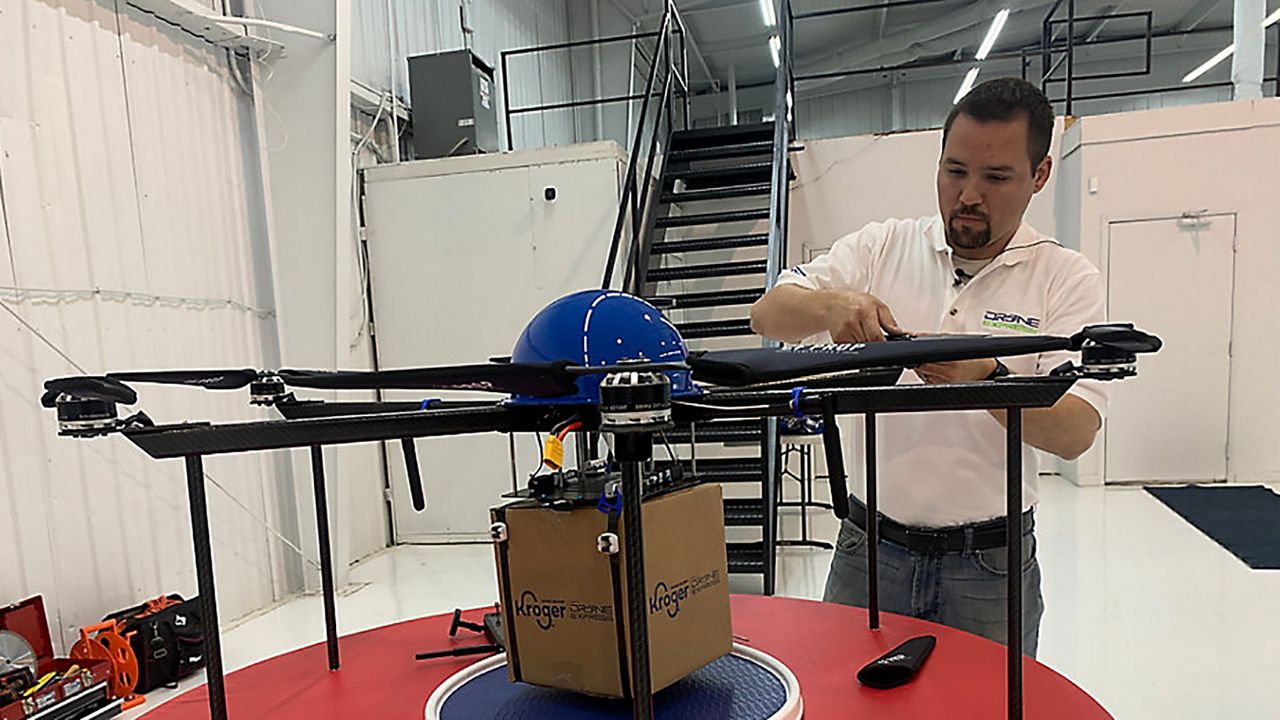 CINCINNATI – Kroger customers in the Centerville area will soon have the ability to have their groceries delivered to their doorsteps thanks to Drone Express, a drone company with three locations in the United States, including Cincinnati.

Craig Baudendistel, the mechanical engineer at Drone Express, played a key role in putting the drones together. He and the team make around six to seven of these every day.

“The construction time is less than a day,” said Baudendistel. “There is some sticking that goes on. It takes a little curing time, but when that’s done these can be built relatively quickly. “

Baudendel also developed the design and construction of the drones. When he came up with the design, he knew they had to be big enough to deliver groceries.

“We have a lot more planned to have more than five pounds in delivery,” he said. “So you need to have space under your drone to accommodate boxes of different sizes.”

Flippo believes this new delivery service will help families and others get the items they need without the hassle they had before.

“Things our kids forget to tell us are needed for school can be at your home before they get on the bus,” she said. “So it’s not just food. They are all objects. Most of them are already available on the Kroger marketplace. “

This is how it works: A customer places an order with Kroger. The order is then packed and attached to the drone. The drone pilot then flies it to your home.

“They can have things delivered directly to you in 15 minutes,” said Baudendistel. “So Kroger has these pre-made plans for now, but in theory you can have anything you want delivered straight to your home.”

Drone Express is currently in the pilot phase and is only available from Kroger in Centerville. However, they hope to officially begin the service by mid-June.