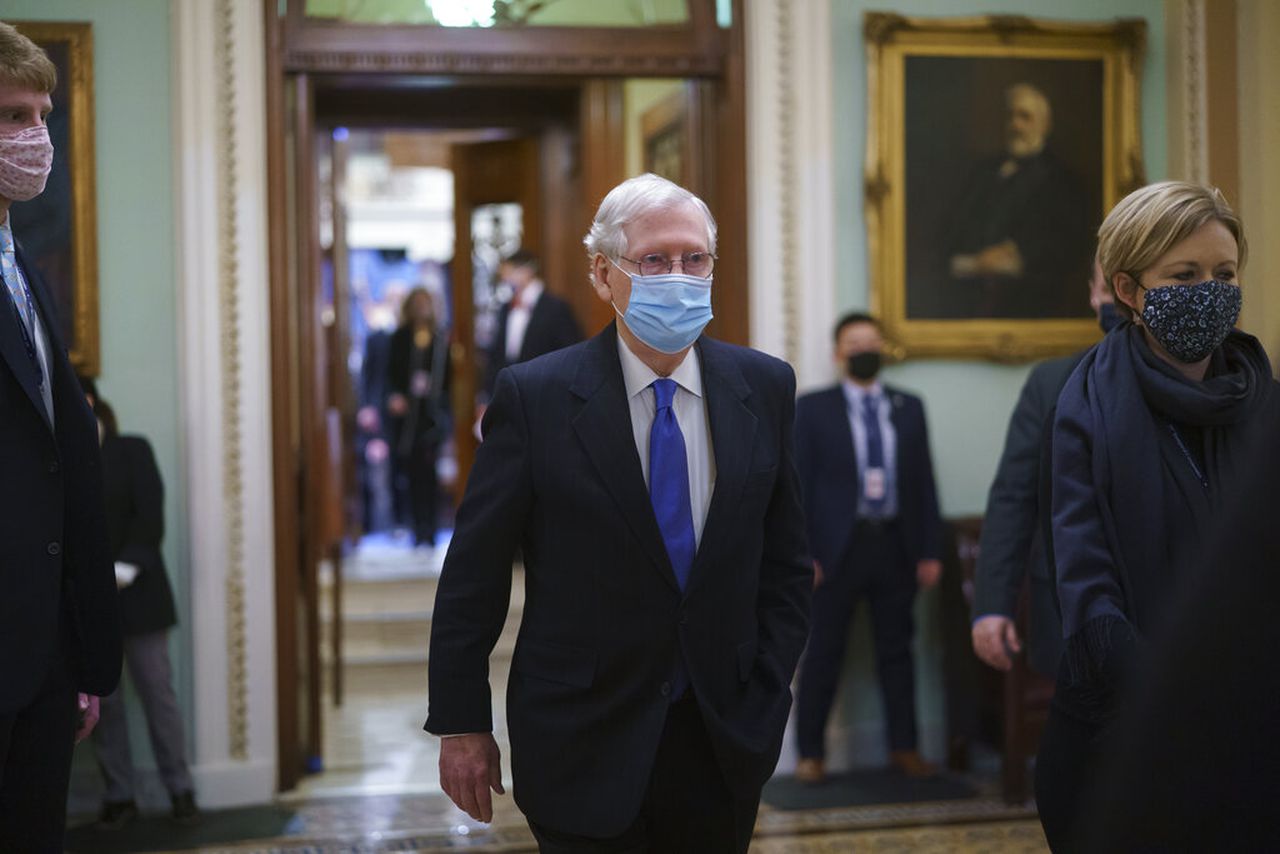 FRANKFORT, Kentucky (AP) – A Republican Party committee in Kentucky on Saturday opposed a resolution calling on Senate GOP leader Mitch McConnell to fully support Donald Trump in the impeachment trial of the ex-president.

The GOP state Central Committee met to consider the proposal after a grassroots group of Republican officials pushed the resolution, news outlets reported.

The meeting was convened by a small group of officials, the party said in a statement made after the gathering. The party said it was able to “bring all sides of our organization together to hold talks about where we are going and what we expect from our elected officials”.

“Ultimately, our intention is to refocus our focus on bringing courtesy to the party and having bigger conversations about how we can attract more voters and grow our party,” the statement said.

The opening arguments in the impeachment proceedings against Trump over the Capitol Riots will begin in the week of February 8th. It will be the first such impeachment trial against a US president who is no longer in office. If Trump is convicted, the Senate could vote to exclude him from renewed office.

McConnell, who recently said Trump “provoked” his supporters before the uprising, has not said how he will vote. McConnell also said Senate Republicans “firmly believe that we need a full and fair process where the former president can take a defense and the Senate can properly examine factual, legal and constitutional issues.”

McConnell was re-elected last year and is believed to be the principal architect of the GOP’s rise to dominance in Kentucky. McConnell was one of Trump’s principal defenders during the ex-president’s initial impeachment and subsequent Senate trial.

But the Senator’s recent comments spurred the grassroots group to force Saturday’s special meeting on the resolution calling on McConnell to support Trump in the impeachment trial.

The GOP committee has more than 350 members, including the chairmen and vice-chairmen of the county-level Republican parties and elected officials who are part of the GOP, according to a state party official.

Nelson County GOP chairman Don Thrasher, who urged the meeting, said Saturday that he was unable to comment. He said, however, that he feels that many of the Republican elected officials in the state have no contact with the party’s base, the Lexington Herald leader reported.