Joey Canzoni of the Walsh Jesuit commits to baseball at the University of Cincinnati. to play 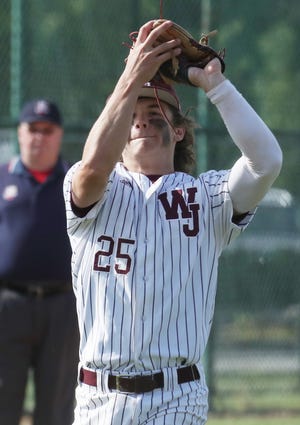 Aspiring Junior Walsh Jesuit High School Joey Canzoni is committed to continuing his academic and athletic career as a member of the University of Cincinnati baseball team.

Canzoni was a second year Uni starter at the third base last season. Canzoni was fifth in the Walsh Jesuit line-up, finishing with a .355 batting average, 27 hits, 26 runs, five doubles, four triples, one home run and 18 RBIs.

“I’m looking forward to my next two years at Walsh Jesuit and playing with such a talented team,” said Canzoni in a prepared statement. “I’m excited to have the opportunity to play for the University of Cincinnati. I feel like the school was a great fit for me. “

Walton Hills resident Canzoni helped the Warriors (28-4) with four hits, four runs and four RBIs in two regional tournament games (wins over Mentor and Mayfield) to a Division I semi-finals in 2021. Walsh lost in one Semi-final game at Canal Park in Akron against eventual champions New Albany.

“Joey Canzoni is one of those rare players who legitimately has five tools,” said Walsh coach Chris Kaczmar in a prepared statement. “He’s a very talented player both on the offensive and on the defensive, he has excellent speed and plus arm strength. On the baseball side, he makes good use of these elite tools, as he is only a sophomore in our biggest games excelled.

“Interestingly, he has led our team by a wide margin in ‘loud outs’ this year, but has always maintained the same unwavering positive attitude towards his game, which is a challenge for a younger player. He’s a fearless, tough competitor and he loves the game.

“Joey is also a very hard worker and a great young man who I consider in many ways a close friend and a real asset to Walsh Jesuit baseball for coaching [Scott] Googins in the state of UC. “