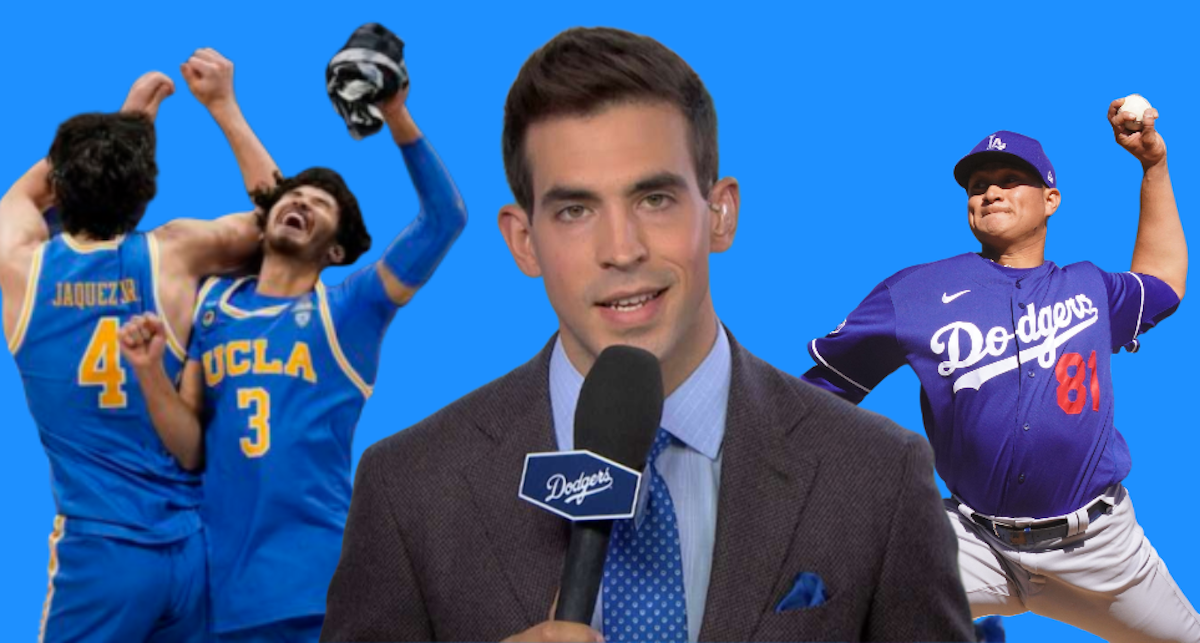 Two games, three local teams. For Joe Davis, covering almost everything in the Los Angeles sports scene on Tuesday night was no problem. (No disrespect to the Clippers who lost to the Orlando Magic.)

Davis is, of course, the TV play-by-play voice for the Los Angeles Dodgers broadcasts on Spectrum SportsNet LA. And on Tuesday, the Dodgers hosted the Angels for their Freeway Series Spring Training finals.

The Angels scored three runs in the ninth ahead of Andre Jackson to reduce the Dodgers’ lead to 6-4. But Alex Vesia ended the game. While Vesia faced Rojas with two outs, the UCLA men’s basketball team held a 51-49 lead over Michigan in their NCAA tournament matchup.

With the Bruins close to reaching the Final Four, Davis conceded that most LA sports fans would likely be watching the action in Indianapolis, and dubbed the final seconds of the UCLA win.

“You put it in, there’s a three on the way, it’s no good!” said Davis when Franz Wagner missed his three-point attempt for Michigan. “And UCLA is going to the Final Four! … Here is a 0: 1 pitch. “

A seamless transition for Davis, though the difference in excitement about UCLA’s victory versus the muted tone of a late field in a Spring Training game was remarkable. Although the circumstances and the call were very different, it was reminiscent of Thom Brennaman calling a Nicholas Castellanos home run while apologizing for using a homophobic bow on a hot microphone.

However, with UCLA’s inclusion in the Final Four during a Major League Baseball game (albeit a Spring Training) competition, Davis has become an exclusive company of broadcasters playing two events at the same time. Davis joins Kevin Harlan, who cut the double call on December 29, 2019.

Harlan and Rich Gannon were working on the final of Chargers Chiefs Week 17 of the 2019 NFL season, but the outcome of the Dolphins Patriots game would determine whether Kansas City got No. 2 in the AFC playoffs and a reunion in the first round .

The crowd at Arrowhead Stadium watched the action at Gillette Stadium as Miami beat New England 27-24, and Harlan confirmed what upset the Chiefs fans at 2:37 in their game. While Kansas City closed a 31-21 over the Chargers, the end result of Foxborough drew cheers and celebration.

“What game are you calling?” asked Gannon.

The same question could have been asked to Davis Monday night when UCLA defeated Michigan. Perhaps one day he and Harlan can talk about the art of calling two games at the same time. Hopefully this is a conversation we can hear.

Greater Cincinnati Stories of the Decade