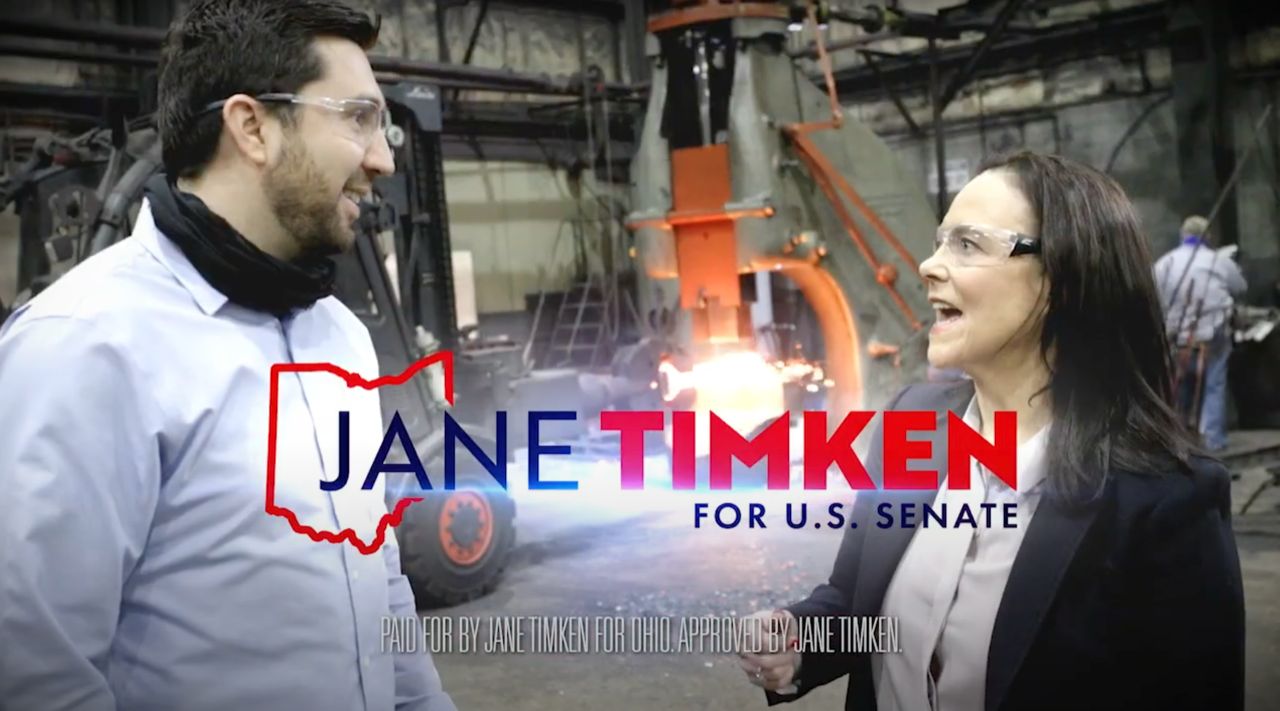 CANTON, OH – Jane Timken, the former leader of the Ohio Republican Party who is running for the U.S. Senate seat in Ohio in 2022, posted her second television ad Tuesday morning.

Senator Rob Portman (R-Ohio) surprised Ohio political observers in late January when he announced that he would not run for a third term in the US Senate.

Timken is only the second candidate in a major political party to enter the race to succeed him, but it has already aired its first TV commercial in four weeks.

A Timken campaign official said this second ad purchase, which will air on the Fox News Channel in major Ohio television markets for the next four weeks, is intended to indicate that the campaign is confident of fundraising early.

“During the pandemic, small businesses and families in Ohio struggled to survive. What was Joe Biden’s first legislative proposal? A liberal plan to grant amnesty to 12 million illegal immigrants, ”Timken said in the ad, referring to Biden’s desire to provide a route to citizenship for the 11 million undocumented immigrants already in the United States.

Comprehensive immigration reform was one of several legislative proposals that Biden had drafted when he took office on the first day. The list also included measures related to coronavirus and joining the World Health Organization and the Paris Climate Agreement.

In a statement, Timken said, “As the next Senator from Ohio, I will face the radical open borders agenda of Biden and the Left.”

The first few days of Timken’s campaign were spent showing their support for former President Trump, who is a big part of Republican politics in Ohio following his two 8-point victories in Buckeye state.

Timken’s only other avowed opponent at this point is former Ohio State Treasurer Josh Mandel, who is pursuing his third Senate bid with a message focused entirely on continuing the Trump agenda.

On the Democratic side, no candidates have officially declared, but Ohio Rep. Tim Ryan (D, OH-13) and former Ohio Department of Health Director Dr. Amy Acton, are seriously considering running.