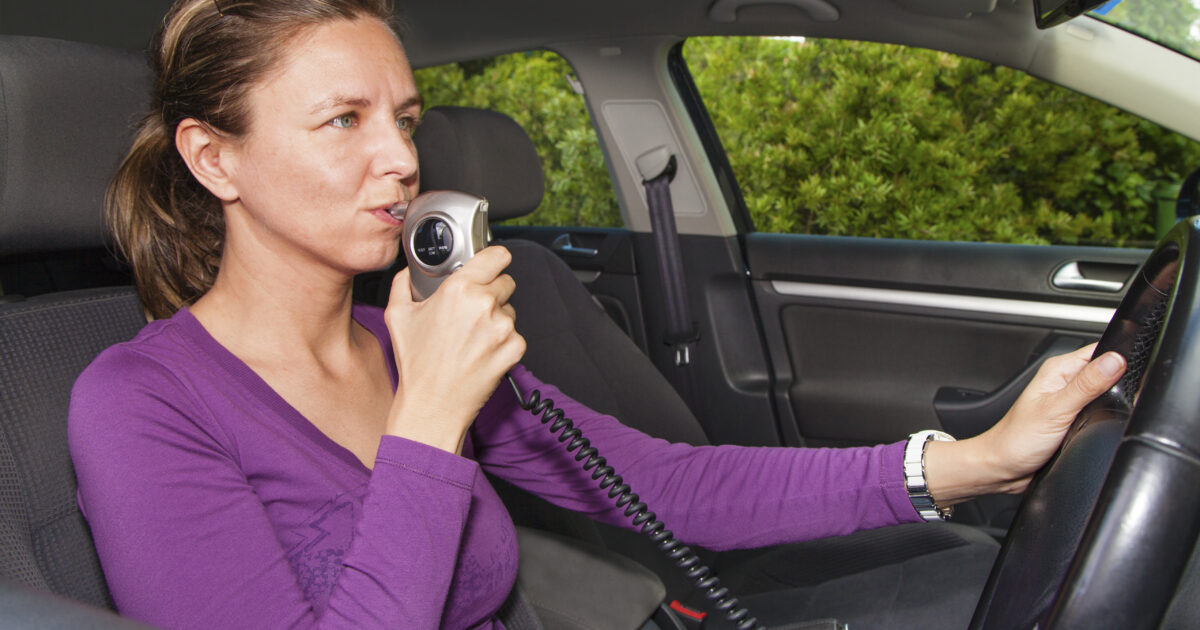 The new car you buy must be equipped with a futuristic breathalyzer should the bipartisan infrastructure proposal currently going through Congress become law.

The 2,700-page bill contains a provision directing the US Department of Transportation to enact regulations on new automobiles that require them to be equipped with “advanced technology to prevent intoxication and impaired driving.”

In recent years there has been a steady bipartisan effort in Congress to promote new cars with this type of technology.

In 2019, Rep. Debbie Dingell (D – Mich.) Introduced the Honoring Abbas Family Legacy to Terminate (HALT) Drunk Driving Act – named after a Michigan family killed by a drunk driver – which is almost identical to the provision in the Infrastructure Act.

“We have the technology to prevent drunk driving and save lives, and it’s long time we started using it,” Dingell said in a March press release when she teamed up with sponsors Reps. Kathleen Rice (D-NY) and reintroduced the HALT Act by David McKinley (R – W. Va.).

Earlier this year, Dingell’s bill was incorporated into the House of Representatives’ $ 715 billion bill for surface transportation, the INVEST in America Act. Its inclusion in the bipartisan infrastructure law only increases the chances of survival.

Nevertheless, the legislation allows many details that will have to be ironed out at a later date. This includes exactly what type of anti-drunkenness technology automakers may need to install.

Some states already require individuals convicted of drunk driving to have ignition interlock devices that detect alcohol in the driver’s breath. However, these devices are expensive to install and often require regular maintenance and calibration.

Also, they would apparently not be “passive” methods of detecting blood alcohol levels, so they would likely not meet the requirements for this technology in the infrastructure bill.

Car and Driver notes that Nissan has experimented with other types of detection technologies, including a sensor in the gear stick that detects alcohol in the driver’s sweat and air sensors that detect alcohol in the cabin.

The latter device, reports NBC News, was found to be ineffective as it can be tripled by drunk passengers.

“I don’t think it’s going to be as easy as people think,” Carla Bailo, CEO of the Center for Automotive Research, told NBC.

Perhaps considering the fact that much of this technology is not available for prime time, both the Dingell Bill and parts of the Infrastructure Bill for drunk driving allow a long time before new regulations could come into effect.

New cars will therefore have to be equipped with the breathalyzer of the future in 2026 at the earliest.

The Infrastructure Act also gives the Minister of Transport the option to postpone the issuing of final regulations for a further three years if he or she determines that the new technology required is not “sensible, practicable and appropriate”.

This could postpone implementation until 2030 or possibly even later. The wording of the law states that the Minister of Transport must submit a report to the House and Senate trade committees on what will take so long if a final settlement is not made in 10 years.

It makes sense to give the implementation of these regulations so much time, since the prescribed detection technology is either untested or is still on the drawing board.

At the same time, by mandating that cars be equipped with features that have not yet been invented, Congress is giving a lot of power to the bureaucrats to create whatever rules they want and implement them whenever they see fit.

It also means that automakers will have to spend a lot of time and money developing these drunk driving detection features. This could come at the expense of developing more effective, but not mandatory, security features. The requirement that cars be installed to monitor a driver’s performance also raises some worrying privacy concerns.

If the Infrastructure Act is passed, we have a good 10 years of bureaucratic regulation to assess how serious these concerns are. Perhaps the whole issue will be debatable by then, when all new cars are also self-driving.