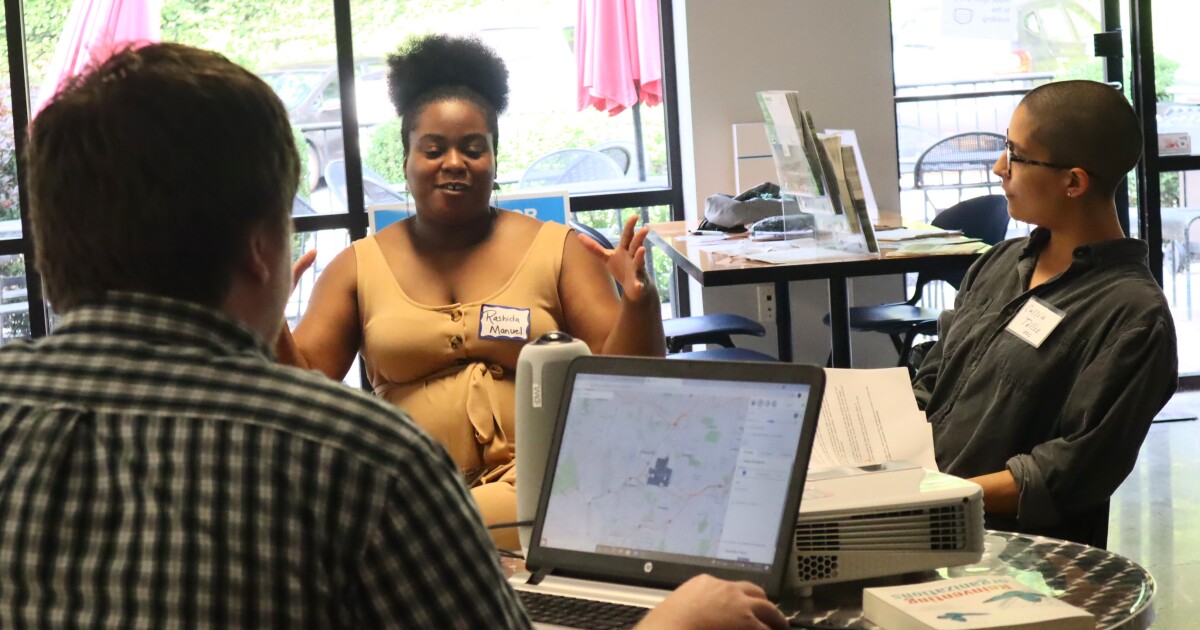 Participants worked on laptops and drew maps of their communities using the DistrictR online program. As people drew their maps, they added details about some of the assets and issues they see in their neighborhood.

Researchers at Ohio State University’s Kerwan Institute will aggregate and analyze the information to create sample district maps. Then they’ll submit the maps to the Ohio Redistricting Commission before they vote on new maps of Congress and state legislative districts later this year.

Jeniece Brock is the Policy & Advocacy Director of the Ohio Organizing Collaborative. At the event, she said community members need to be involved in their state’s map-making process in order for the maps to be fair.

“Often people are left out of the process, whether or not they are missed, because they are not counted in the census or they may feel unrepresented if the line has been drawn in the past.” Brock said, “We hope that people’s voices will be heard and that they will have a seat at the table.”

Dan Dusa came to the event with his wife. Together they drew maps of their parish in Greenhills, Ohio. Dusa says that in the past he felt that he was underrepresented in his district due to gerrymandered legislative plans.

“It is so too partisan that it is undemocratic,” said Dusa, “I would like it to be a bit more representative of the actual community than just a partisan puzzle.”

Rashida Manuel, director of public engagement at Green Umbrella, says unfair districts can lead to environmental injustices as certain groups are exposed to higher levels of pollution and the effects of climate change. She says this can lead to higher rates of health inequalities like asthma and diabetes.

“People know they experience all of these things, but they don’t necessarily associate it with environmental degradation and climate change,” said Manuel, confident that their voices and their voices matter. “

To date, nearly 2,000 Ohioans have created community maps across the state.

This story has been revised to reflect the following correction: Jeniece Brock is Policy & Advocacy Director for the Ohio Organizing Collaborative and is no longer with the Ohio House Democratic Caucus.