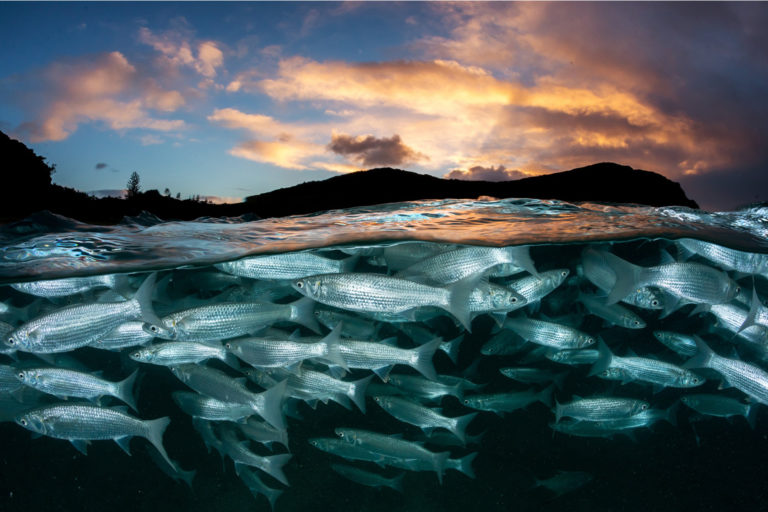 It’s a dark, stormy night in the South Atlantic. Coastal radar picks up a boat heading towards the edge of a country’s 200 mile jurisdiction limit. The on-board Automatic Identification System (AIS), which is required by the authorities to track and monitor ship movements, informs the observing Coast Guard that it is an industrial trawler registered in Panama.

When it approaches a no-take (which means that fishing is not allowed), the ship’s AIS is suddenly no longer broadcast and the ship goes “dark”. The authorities responsible for the protection and conservation of fisheries are called.

Normally a patrol ship – if available – would be dispatched to see what the boat was doing, but this is at night, in a storm, off an exposed coast. Is there a problem with the AIS and the boat is currently going over the MPA? Or is there an underlying motive and the trawler used its nets to search the seabed and destroy the habitat and nature protected by the MPA?

A growing number of countries that will meet later this year at the Convention on Biological Diversity (CBD) conference have committed to protecting at least 30 percent of the ocean in a movement called 30×30 To be preserved: 30 percent by 2030 In spite of these commitments, how can we manage vast areas of the ocean to ensure that they provide the protection and restoration so urgently needed for our future?

The above example is hypothetical. If the target of the boat is found to be shameful and the incident ends as a criminal prosecution in court, visual evidence may be required. Shipping a boat full of rangers, police officers or military personnel costs time, costs money, consumes significant additional resources and is associated with safety risks. This is a challenge that our marine conservationists around the world must face.

Most MPAs attempt to protect critical ocean habitats and species from one or more existential or predicted threats. The vast majority of these threats, such as pollution and exploitation of nature, are caused by humans. For an MPA to work effectively, science-based monitoring of progress, management of human activities and the environment, monitoring and enforcement of rules and regulations must be in place to reduce threats and protect species and ecosystems.

However, if we move to a much larger area that protection extends, traditional surveillance and enforcement will need to be complemented by new technological advances.

By combining data from a number of sources such as direct observations of other seafarers, synthetic aperture radar, LiDAR (Light Detection and Ranging), infrared, acoustics, ship surveillance systems and real-time AIS, it creates an image of the activity of people or species such as whales and Fish can be built up.

Take the fishing vessel in the hypothetical example above that has switched off its on-board surveillance system. Perhaps it was slowing from a transition speed of 12 knots to 3 knots, the speed at which it could tow. Was it around whale sharks that were used to attract fish? Is it possible to get an idea of ​​the activity of the boat that could be used in court?

All of this information can be extracted from a sea of ​​noisy data. By connecting the data with existing systems used by rangers or authorities, such as B. the SMART system (Spatial Monitoring and Reporting Tool), we can develop powerful tools not only for enforcement, but also for day-to-day administration.

It should be emphasized here that the use of surveillance and surveillance technology is not just about catching bad guys who are doing illegal activities. It is also about monitoring species movements (e.g. acoustic monitoring of whales) and measuring changes in habitats under different management systems such as MERMAID crowd-sourcing technology for monitoring corals. 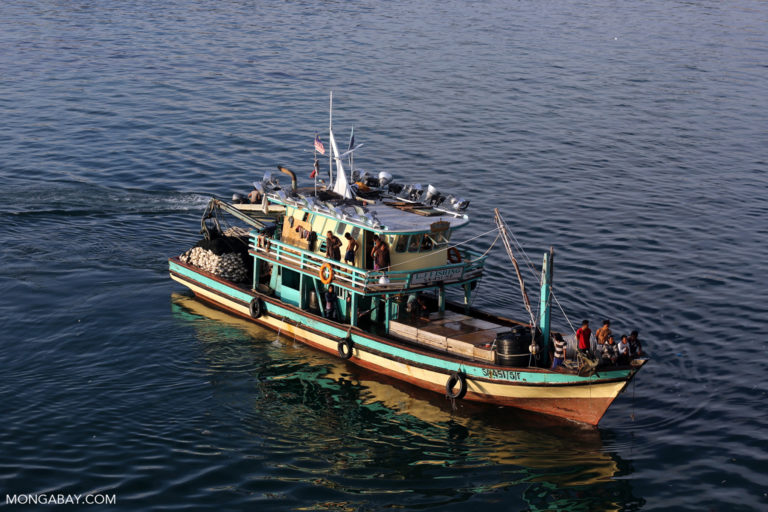 Collaboration between new technologies and people who depend on the sea can help us achieve sustainable seas. Image by Rhett A. Butler / Mongabay.

This new technology is also useful for tracking down rangers and small-scale fishermen and protecting them. It can create a picture of how we use our seas so that management plans can be made to improve the sustainability of commercial activities.

Monitoring and enforcement with the world’s best technology does not replace the need for commitment from the people, communities and sectors that rely on the sea for a living. Raising awareness of the need to act legally and responsibly remains an essential element of the work of organizations like WCS.

As we work to achieve sustainable seas, protect nature, reverse biodiversity loss, and reduce the threat of climate change, we must improve our game with all the tools at our disposal.

These tools will include new, advanced technologies. Conservation appears to be keeping pace and leading the way in applying this technology to real-world challenges. When countries decide whether to upgrade to at least 30 percent protection on CBD, I’ll say bring it up. Conservationists will be on hand with the latest technology to ensure success.