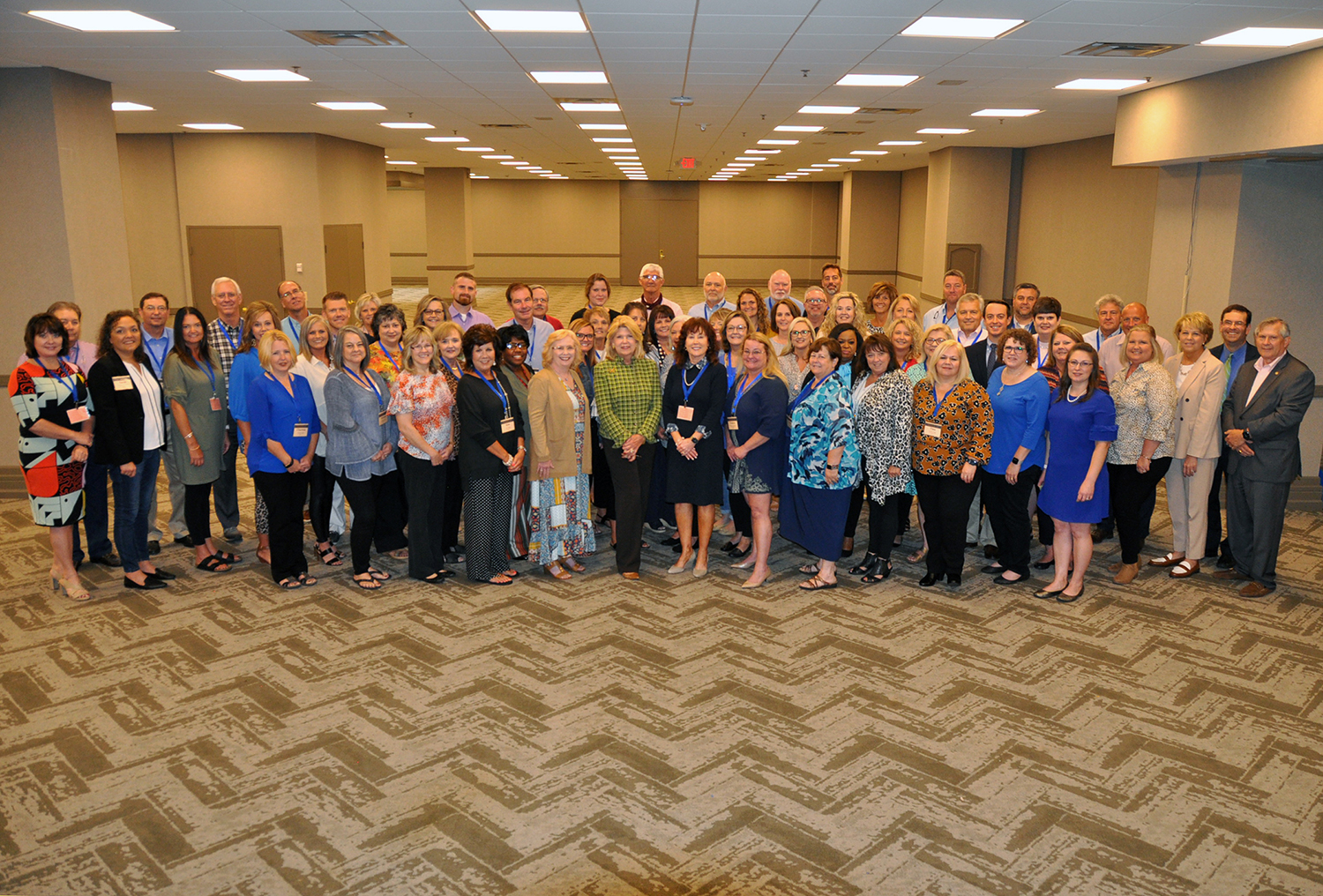 Clary retired on February 1, 2020 after serving on the Supreme Court for more than 35 years, the past 25 years as a court clerk.

Clary retired on February 1, 2020 after serving on the Supreme Court for more than 35 years, the past 25 years as a court clerk. As Clerk of the Supreme Court, in addition to her duties as Court Administrator and General Counsel, she was responsible for the safekeeping, control and retention of all Supreme Court records. Early in her career, Clary was the first woman to serve as General Manager of the Courts Administrative Office, the operational division of the Justice Department.

“Susan was and remains a friend of the county clerks across the Commonwealth,” said Slusher. “The dedication, compassion and professionalism that brought them to court will forever be missed and irreplaceable.”

The keynote speaker for the event was Supreme Court Justice Michelle M. Keller, who had worked with Clary in the state’s highest court for many years. The following is an excerpt from their statements:

“As a young lawyer, I knew Susan Clary long before she knew me. I was working as an Assistant County Attorney, and one of my mentors suggested that I read the book she co-authored about Kentucky juvenile law. Susan was a driving force behind the introduction of what was then a very progressive youth law. From then on, this book was by my side whenever I stood before a juvenile court. In addition to her work on the Code, Susan was instrumental in launching our Court Designated Worker program, and many CDWs have Susan to thank for the start of her careers.

“My good friend and former colleague, Justice Bill Cunningham, liked to nicknames us all. He referred to Susan Clary as a “Madame Institution”. And you can see why. Her career at the Kentucky Supreme Court spanned nearly 40 years, serving under three chief justices. She began her career as a trainee lawyer with Judge James B. Stephenson in 1981 and was appointed General Counsel in 1983, Court Administrator in 1988, and finally Court Clerk in 1994, serving with Chief Justice Stephens, Lambert and Minton. She was a woman and wore three different hats from 1994 until her retirement in 2020!

“Susan has received many well-deserved awards and honors over the years. In 2009 she was installed as President of the National Conference of Appellate Court Clerks and then received its highest honor, the JO Sentell Award, in 2020. Her awards are too numerous to list here, but Susan literally led the way.

“She was a devoted wife to her beloved Charlie, who she lost in 2009 after a long illness that she left as a single parent for her son Nicholas. Despite the demands of Susan’s career, she was a dedicated and caring mother to Nicholas. He is a handsome, kind, and accomplished young man, and so is her greatest legacy. She somehow managed to balance it all, and looking back on her career, she said, “Working in government doesn’t make you rich, and it’s not about current fame – but you can see great victories.”

“The Youth Code, the Rose case (which changed public education), the modernization of our judicial system, and their attention to access to justice for those litigants in the Supreme Court who needed help are all reflected in the indelible mark they have Leave Kentucky Court of Justice. “

In response to the recognition, Clary said, “Leaders are the backbone and heart of the judicial system, working to ensure that Commonwealth citizens have access to justice. It has been a pleasure and an honor for you to be at your side for over 35 years. I thank you so much. That means more to me than you will ever know. “

Clary holds a law degree from the University of Kentucky’s Rosenberg College of Law and is currently Vice President of the Alumni Association of the UK’s Rosenburg College of Law. She was recently appointed to the Kentucky Statewide Independent Living Council by Governor Andy Beshear.