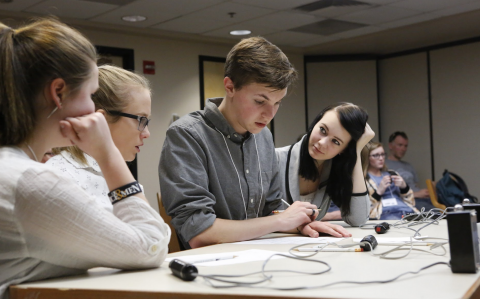 Late winter in Colorado brings dozens of Trout Bowl entrants to Boulder – high school students from across the Front Range and beyond competing in a marine science-themed competition with a marine science theme. But instead of asking questions about world history and pop culture, the judges ask questions like: “Explain the difference between the compensation depth and the oxygen minimum in the ocean.”

The Trout Bowl, held on February 3 this year at the University of Colorado Boulder, is one of 25 regional divisions of the National Ocean Sciences Bowl competition and the only one held in a completely landlocked state. For 18 years in a row, it has encouraged the next generation of young, scientific minds to nourish their curiosity about the earth’s oceans.

“You don’t have to live near the ocean to do great ocean-related science.” said Amanda Morton, Trout Bowl regional coordinator and assistant to the director of the CIRES Education & Outreach program. “We are very excited to present the amazing research of CIRES and to open up new opportunities to students who might be interested in CU Boulder.”

And this year there is something new: The winning team of the Trout Bowl and the winners from the other 24 regions take part in the national NOSB competition, which also takes place here in Boulder. It is the first time the NOSB has detained nationals from a state whose nearest coast is more than 1,000 miles away.

The theme of this year’s competition is: “Our Ocean Shaping Weather”. NOSB organizers were initially reluctant to hold an ocean-themed competition in Colorado until Morton explained some of the critical weather-related work that CIRES and NOAA scientists are doing – from remote sensing of the oceans with satellites, drones, and airplanes to hand-over the work in the field. It worked: From April 19-22, 115 students from 39 states in the country will gather at the university’s memorial to fight for the national title.

Student teams take the competition seriously and crowd into practice lessons to study topics such as marine sciences, geology, science policy, atmospheric sciences, and more. A team from Loveland High School met diligently every day for an entire semester during the lunch break.

“It took a long time to prepare, both practicing at school and studying the material at home,” said Dalton Meyer, a former Loveland High School Trout Bowl participant and recent Colorado State University graduate with a double Major in geology and zoology. “We had to learn a lot ourselves to add things that weren’t covered in our lessons. Since we are in a landlocked country, many of the subtleties of oceanography were not taught in our school. ”

On competition day, students enter the room quietly, nervously, and focused, gazing at the trophy table as they weave their way through the busy crowd of other teams, volunteers, parents, and spectators. But when the day gets warmer, the students find their groove. At the end of the day, they chat with volunteer scientists, ask questions, and soak up information like little sponges, Morton said. 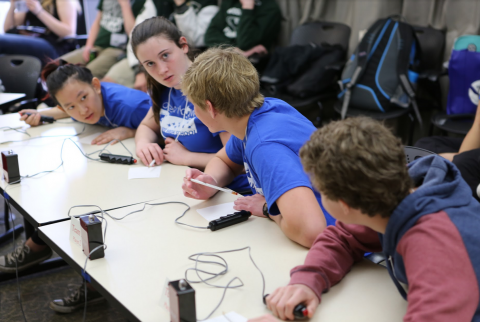 The winning team of the NOSB competition wins a science trip to an exciting coastal city. This year’s winning tour will be announced on the weekend of the final round.

“Introducing secondary school students to the various disciplines of marine science can open their eyes to an area of ​​study they don’t normally think of here in Colorado,” said Lesley Smith, associate director of CIRES ‘Education and Outreach Program and NOSB science judge since 1999.

Volunteers are vital to the operation and success of NOSB. Each competition recruits hundreds of volunteers to write, rate, and moderate questions.

Interested in volunteering for the Trout Bowl or the NOSB national competition this year? There are vacancies for scientists and non-scientists. Contact Amanda Morton at [email protected] Registration deadline for the Trout Bowl is January 19, 2018.

Billy Reed: I wish everyone a memorial day full of fun, laughter, celebration – and reflection and prayer