Have you ever seen these two large murals in Houston these days? 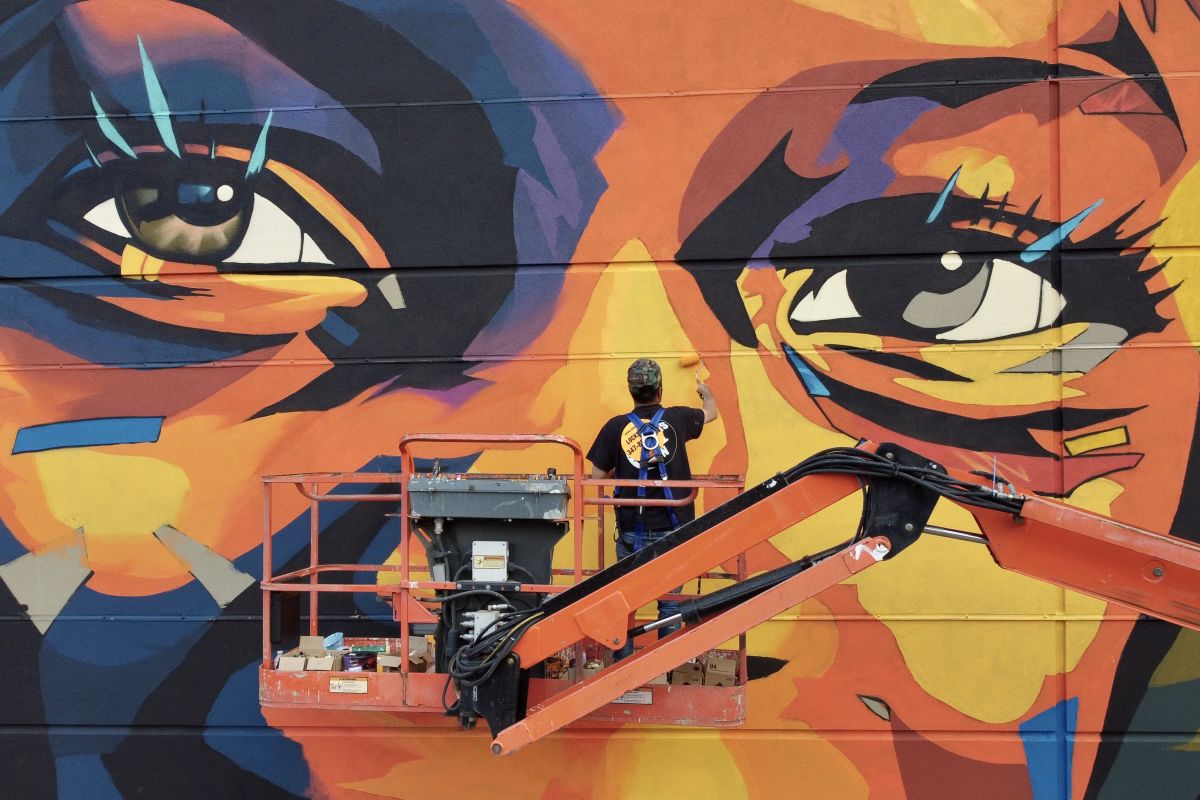 From stimulating sculptures to Houston’s eclectic arts scene is an ever-expanding visual diary of life in the city of Bayou. This month, two exciting new murals have adorned downtown, turning flat surfaces into productive color kaleidoscopes.

It cannot be denied that the bleak presence of Covid-19 coupled with the historic winter frost in February exacerbated the food insecurity issue in Houston. Although organizations and institutions across the city have come together to serve those in need over the past year, this dilemma has plagued the growing Houston community for years.

New York-based street artist Dragon76 chose this as his subject for Zero Hunger, a new five-story mural that was unveiled on the side of the Hampton Inn downtown earlier this month. With a beautiful earthy palette and messages of “Food Justice” and “Hope”, Dragon76 brought calls to action to life on a 13,000 square foot urban canvas.

This series of six murals, curated by Street Art for Mankind (SAM), is a continuation of the 2020 mural “Zero Hunger”, which was created in the Big Apple for the 75th anniversary of the United Nations. In addition to Houston, SAM has partnered with the World Food Program USA and the Kellogg Company to install this message in buildings in New Orleans. Oakland, California; Washington, DC; Detroit; and Battle Creek, Michigan.

“It creates a great statement to support the work of the UN @ worldfood program to advocate the 169 million people facing food insecurity around the world and to remind people that there is hunger in the United States too , especially in the African American communities, “the organization said in an Instagram post.

San Francisco-based artist and co-founder of Ink Dwell studio, Jane Kim is no stranger to exploring the wonders of nature with a single stroke of the brush, and her new nod to Houston’s bird life is a great example of her craft.

Kim’s 223 foot long mural, aptly titled Confluence, will span the wall along the Bayou Greenway Trail at the convergence of White Oak and Buffalo Bayous. The design highlights the 12-month cycle of migratory birds in Houston. In the center of the mural, six species are depicted in both spring and non-breeding plumage, flanked by three other bird species that overwinter in Houston in winter, on the right and three more that arrive in spring on the left. A map of Houston’s Bayous serves as a backdrop to bring movement and energy to work.

“The bayous define our city and bring wildlife and nature to our own backyards,” said Beth White, president and CEO of the Houston Parks Board, in a press release. “We hope this mural will be a focal point for hikers and encourage Houstonians to learn more about the waterways that make Houston unique.”

This fascinating ode to the city’s migratory bird life, which should delight trail bikers and hikers as well as students from the nearby University of Houston Downtown campus, is expected to last four to six weeks.