Has our astonishment at new inventions faded? 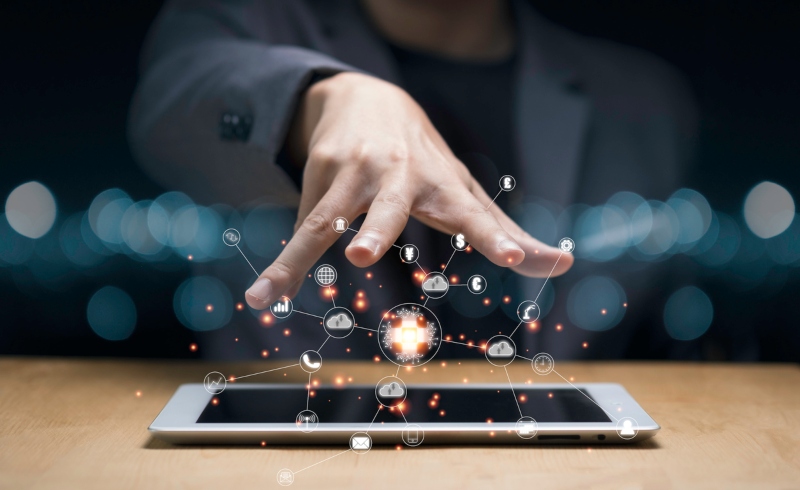 As a kid I used to watch silent movies, especially when I was with my grandparents and especially with Laurel and Hardy. That made me a little curious about the early age of the films. I remember my parents telling me various stories about the early years of cinema, the craziest of which was the first showing of the train “L’Arrivée d’un train en gare de la Ciotat”. This film, shot and directed by the Lumière brothers, simply shows a train arriving at a station. I was told that the people who saw the movie were so scared to see a train come straight from the screen to them that some panicked and left the theater. In reality this could not have happened; People didn’t physically leave the theater, but the film actually had a particularly lasting impact. Yes, it caused fear, terror, and even panic. – Hellmuth Karasek, Der Spiegel

A question of generations?

Lately I’ve been thinking about how technology, and especially digital technology, shouldn’t surprise us so much anymore. People of an older generation may still be surprised by things like the touchscreen or biometric recognition technology (face recognition or fingerprint recognition) found on devices as small as a phone. You may also be surprised by the tremendous advances in computer technology, such as the performance of modern computers and their ever-increasing storage capacity. Millennials and Gen Zs don’t seem to share the same surprise for invention, however. Supercomputers and quantum computers solve mathematical problems that the human brain can hardly theorize.

Nevertheless, I have never seen people who were shocked or particularly surprised by new technologies. The further the technology advances, the less we are amazed at new inventions. People were amazed at the iPhone touch screen when the first iPhone came out, no more buttons, now your entire phone was one screen. Phone cameras then began to compete with digital cameras and now only professional cameras are widely used as phone cameras cannot yet compete with them. Now phones have the computing and storage capabilities that computers had a decade ago. Modern phones are more powerful than the Cray-2 supercomputer of the 1980s and are miles away from smartphones just ten years ago. I found a Samsung article that said, “Our first Galaxy S smartphone released in 2010 only had 512MB of RAM and 8GB or 16GB of total storage.” A new top-of-the-line Samsung phone like the 2010 Galaxy S consists of the Note20 family The Galaxy Note20 and Note20 Ultra, the more powerful of the two, the Ultra, has 12 GB of RAM and up to 512 GB of storage. It can also connect a microSD card to increase the capacity to 2TB. This is much more than the built-in memory of most modern PCs (excluding external hard drives).

It just seems to me that we will not see surprise or panic with a new invention. Sure, we could be looking at a car that drives itself if we see a Tesla on the freeway with the driver looking at their phone and being a bit confused about the situation, but the feeling will likely wear off in a few minutes. Allied pilots in World War II were completely baffled when they first came across Axis jet planes like the Messerschmitt Me-262. The plane was so much faster than what the Allies were flying, which was sacrosanct. It frightened pilots and soldiers on the ground. Nowadays even military technology seems to be standard after the invention of the atomic bomb. Is there anything that can surprise us?

I’d say the only way to surprise humanity right now is to make up things we’ve only heard in sci-fi movies (some, like lasers, have already been invented), like teletransport or spaceships. Spaceships could still appear before the end of this century as some people, Elon Musk mainly, appear to be very focused on colonizing Mars by 2050. Sure, they won’t resemble Star Trek or Star Wars spaceships, but technically they will be.

In my opinion, this lack of astonishment is a bit sad, people have always been excited about new technologies and inventions, and now we are depriving ourselves of that feeling. Have we got too used to new and groundbreaking inventions, especially the leap the 20th century made for technology? Have all the inventions made in just 100 years silenced our amazement and curiosity for new things?

More importantly, will humanity ever again be as shocked as the people in the movies were when they saw a train arriving at the station?

This post was previously published on Digmedia.lucdh.nl and under a Creative Commons Attribution-ShareAlike 4.0 International License.

If you believe in the work we do here at The Good Men Project and want a deeper connection with our community, join us as a Premium Member today.

Premium members can watch the Good Men project without ads. do you need any more information? A full list of benefits can be found here.

The struggling Cincinnati Museum Center is seeking help from the county