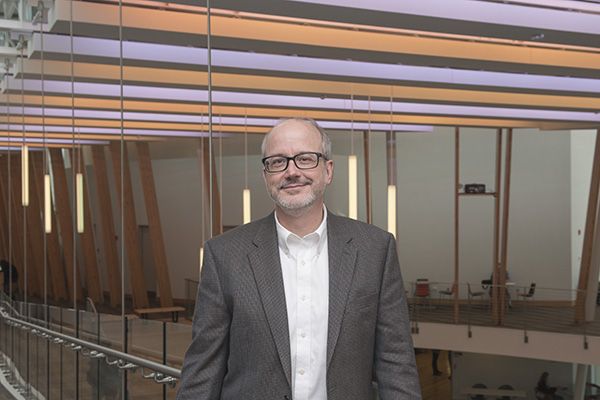 It’s a race: which big city will have the largest, fastest and most sustainable technology to consolidate its position on the smart city map?

Greater Cincinnati isn’t just hoping to be first; Behind the scenes executives are planning this, and they are researching and working flat out to make it happen.

Experts from Cincinnati Bell, local universities, government agencies, and companies like Newport-based Nexigen – a driving force behind the city’s recent intelligent technology efforts – are working to advance the technology while analyzing the resulting data and its impact on users .

These developments are happening even faster than Jon Salisbury, Nexigen co-founder and creator of the smartLINK network, would have thought. Salisbury works with groups across the region to innovate in everything from technology and communications platforms to cybersecurity issues.

As a first step, the city of Newport is already installing user-friendly smartLINK nodes – or MyLo kiosks – along its main thoroughfare. Cincinnati Bell has installed the following fiber optics and business customers have signed up. Bell now offers free Wi-Fi hotspots at retail locations such as The Banks, Fountain Square, and Findlay Market. The company has also launched a mobile app called Connect Cincinnati, a company spokesperson said. It connects users with special offers from more than 200 participating companies.

The spokesman said the biggest contribution from Cincinnati Bell is their fiber optic initiative, which feeds wireless communications like WiFi or cellular.

Does that mean everyone has free wifi? It turns out that even free isn’t free. Somebody pays for it, and in business and retail districts, companies pay. Advertising pays a fee or companies that access other services pay a fee.

SmartLINK technology is “much more” than free WLAN

To most users, it may seem like it is just access to a huge Wi-Fi signal that they can get anywhere. Or technology that powers a car. Or advertise your interests in a parking lot.

However, experts say that there is much more to this effort. With the help of visualizations, smart city technology can, for example, make assumptions about the person walking past a node. Technology can “feel” whether that person is young, old, fashionably dressed, a parent – or dozens of other demographic components.

It’s the same technology that companies use to analyze data about consumers. What are you looking at, what made you pause – that’s more than data from a point of sale.

At one level it seems like a whole new technology, but it’s really part of something very old. The intelligent technology uses satellite signals, cellular and wireless data, bluetooth, TV and any other device that uses radio waves. It’s just that technology is evolving to use it better and more efficiently.

To take advantage of this technology, new technologies must be quickly adapted and made useful for businesses and cities that are likely to pay part of the bill – while respecting privacy rights and user safety.

“It would change the landscape of the city,” says Kirby, citing an example of how people can get to work more easily with smart buses, smart cars, and so on. “It would be a practicable, livable space. It can reduce the carbon footprint. “

The potential of this technology is practically limitless, but Kirby believes it should be approached with caution. “Advertisers will want to reach citizens as consumers,” he says. “If every device is a marketing tool for you, we should think about it. Consumer analytics is good for business, good for business, but there are still limits, right? “

The NKU plans to make MyLo kiosks available to students on campus as soon as the units from Nexigen are available. The university will then study the impact of the technology on the campus community.

“As a College of Informatics, we can experiment with how we get data,” says Kirby. “They serve as a kind of laboratory to see how the campus is reacting – including feedback on whether users think it is a bit too big a brother.” 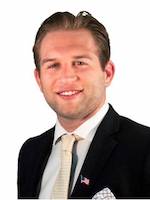 Zack ChickenThere is now an initiative in Cincinnati to standardize the technology. For Zack Huhn, Director of the Regional Smart Cities Initiative, this means establishing Cincinnati as a central decision-making point and, together with other participants in Smart Cities initiatives, ensuring that communication works from place to place, from city to city, from state to state .

Salisbury says standards and communication are national issues; For this reason, Nexigen is trying to develop a process to help city officials choose from a “menu” or wish list of available technologies for their cities.

Once a city official understands the skills and outlines their key priorities, the projects are routed to RFP and vendors start making offers to do the work.

The hope is to create a global model for regional and national intelligent growth, says Huhn. Some things – like regional traffic plans – are already out of date with smart cities. “We have to become more agile and adaptable,” he says.

Bremer Financial executives appeared to be in favor of a merger in early 2019, the…