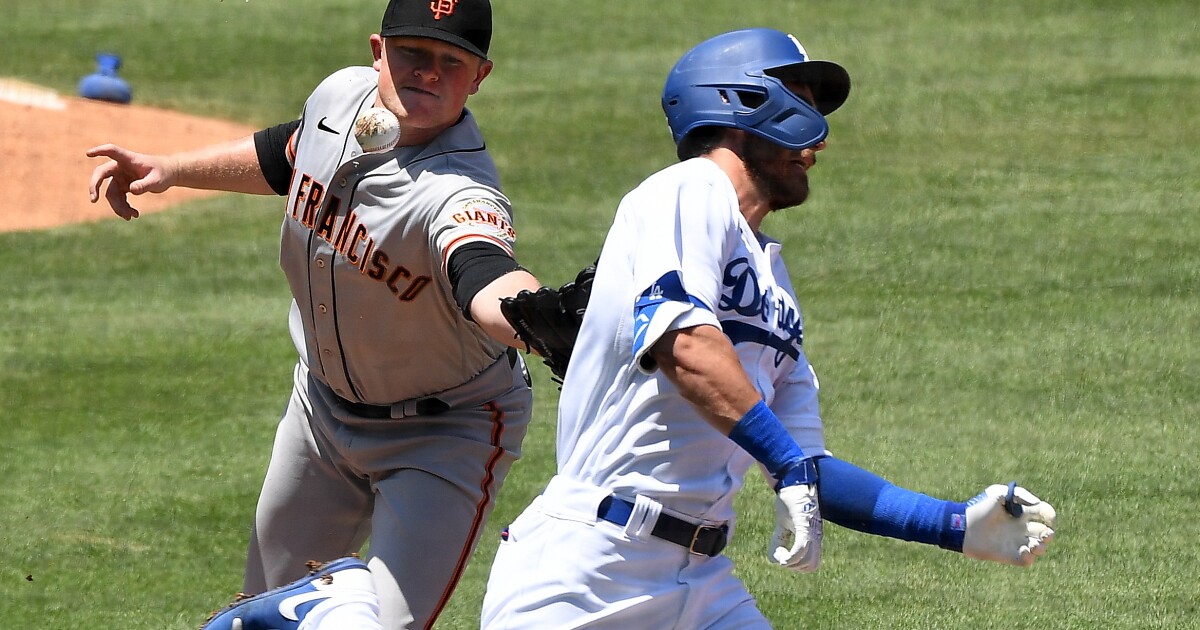 When San Diego had an NFL team, that team had a catchy jingle: “San Diego Super Chargers!” With the hype of the past few months, it was almost like the city’s baseball team had changed its name to the San Diego Super Padres.

Blake Snell here, Yu Darvish there, Fernando Tatis Jr. everywhere. The padres are trendy, exciting and damn good. They have made their claim as the Dodgers’ main competitor in the National League West.

Yes, the padres should question the Dodgers’ ownership of the division. Yes, the Padres and Dodgers could be the two best teams in baseball.

But the Padres and their fans cannot simply declare an ongoing rivalry based on winning the winter. The Padres had a nice season last year. The Dodgers swept them out of the playoffs and won the World Series, which the Padres never did.

The Dodgers and Giants go beyond the sport. In 1962 – seven years before the Padres were born – popular entertainer Danny Kaye recorded a charming song about the already famous rivalry between the Dodgers and Giants that mentions Sandy Koufax and Willie Mays and a fictional game between the “Bums” and the “Bums” records “Jints” and playfully invents the “Miller-Hiller-Haller Hallelujah Twist”.

In 2018, when Dianne Feinstein ran for re-election, her campaign hosted a fundraiser in Los Angeles with the cheeky theme that the teams didn’t agree on anything but Feinstein for the Senate.

The Dodgers and Giants sent decorations and delegations, and the jokes were all fun. Of course, the Giants had won the World Series three times in this decade, and Feinstein is a former mayor of San Francisco. Once she stood next to Giants President Larry Baer.

“She took the World Series ring off my finger,” Baer said, “and put it in Ron Cey’s face and said,” When are you going to get one of these? “”

The giants are not about to give up their identity as the main antagonist of the Dodgers.

The rivalry has lasted since the 19th century, when the Dodgers represented New York City Brooklyn against the Giants from mighty Manhattan. The two teams moved to California together in 1958. There was a time when San Francisco was California’s most powerful city, but that time is long gone.

“LA has developed into one of the major metropolises in the country,” said Giants broadcaster Jon Miller. “The Giants fans might have been a little jealous of the attention LA was getting. I think there were other things besides teams that do pennant races.

“But I still think that the root of a great rivalry is competing in a pennant race.”

The Padres did not achieve a higher place than fourth until 1984. By then, two generations of fans from Southern California and the Bay Area had invested in the legendary rivalry. In Los Angeles, only the San Francisco Dodgers Road series were televised. In the Bay Area, Miller was one of the Giants fans who grew up with the Dodgers and came live from LA on KFI.

“At night, KFI would come into the Bay Area like a local station,” Miller said. “And next September, when the two teams were in a pennant race – and when I was a kid, a lot of pennant races in the 1960s – the Giants mostly played day games.

“So we would know how their game was going and then the Dodgers would be playing in LA that night and I would hear Vin Scully and Jerry Doggett.”

Speedy Dodger’s shortstop Maury Wills tortured the Giants so much that they watered down the base trails to slow him down.

Snell could join Mookie Betts this season, and maybe his new employers will let him complete the sixth inning.

Madison Bumgarner told Yasiel Puig not to look at him. Max Muncy told Bumgarner to get it out of the sea. Baer, ​​president of the Giants, still remembers where he was when Juan Marichal hit John Roseboro on the head with a bat in 1965.

Fans don’t need to remember where they were when Carlos Quentin of the Padres Dodgers attacked pitcher Zack Greinke and broke his collarbone in 2013, a memorable footnote in the wandering ballplayer’s career. Greinke is in his sixth team. The Padres finished 16 games behind the Dodgers that year anyway.

Prior to Ned Colletti’s nine seasons as general manager of the Dodgers, he spent eleven seasons in the Giants’ front office. He arrived in 1995 for the last few years of the rundown Candlestick Park. He asked someone why the Giants could attract 50,000 fans to the Dodgers and 15,000 fans to almost any other opponent.

In 1999, before the last night game at Candlestick, Tommy Lasorda bathed in the boos. He had retired as the Dodgers manager three years earlier, but the last word would be. He poked the crowd, then picked up the microphone.

“You hate each other,” said Lasorda, “because you love me.”

The rivalry is as much a part of California summers as the beach, but it almost evaporated in 1992. The giant’s owner, Bob Lurie, had agreed to sell in a deal that would move the team to St. Petersburg, Florida. The league instead brokered a sale to buyers in the Bay Area, but only after a campaign to keep the team in San Francisco.

The person who, according to Bär, was putting the most pressure on the league? Peter O’Malley, then the owner of the Dodgers.

“It’s a rivalry, but there’s a lot of love,” said Baer. “Without them we wouldn’t be the same, and I don’t think they would be the same without us.”

The singing in San Diego is the same as in San Francisco: Beat LA!

Like their team, the Padres fans are prepared for a great year. There might come a time when Tatis Jr. is as important to Dodger history as Mays, but that time is not yet here.

“I think they’ll be good for a while, so I definitely wouldn’t write them off as a year-long miracle,” said Farhan Zaidi, the Giants’ president for baseball operations. “When they are as competitive as they imagined, rivalries arise.”

If Zaidi can make the Giants a competitor, the rest of the decade could be fun for California.

“We could get to the point where someone has a Beat The Whole State singing,” he said. “Maybe we can have common ground.”

The Dodgers and Giants weren’t always good at the same time. For example, the Dodgers and Cincinnati Reds took the top two spots in NL West every year from 1972 to 1978.

“You will have teams that are good year after year, but they are intruders in the rivalry between the Giants and the Dodgers,” Baer said. “There’s too much history there.”

It will. And on April 9th, we hope Feinstein’s staff will show the Dodgers on office TV so the Senator can see their players are getting one of those World Series rings.