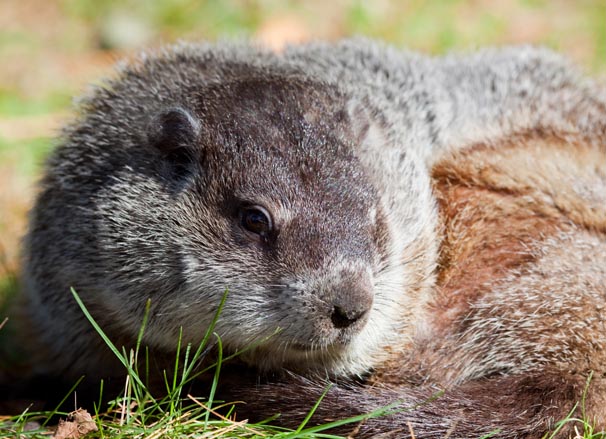 Evolution has prepared wildlife to cope with the climatic changes here in Ohio, including the cold winter months. Some animals hibernate and some wander, while others remain seated, growing thick coats and eating extra food to keep them warm. Hibernating is one of the most fascinating ways animals survive cold weather. When an animal hibernates, its heart rate, body temperature and other life processes slow down and put it into a kind of “deep sleep”.
Marmots, also known as woodchucks, are one of the true hibernators in Ohio, according to Donna Daniel, a wildlife biologist with the Ohio Department of Natural Resources.
“Marmots hibernate all winter,” said Daniel. “They won’t reappear until the first few weeks of February when the signs of spring show up.”
During a marmot’s hibernation – which lasts an average of five months – its body temperature drops by almost half and its heart slows from 160 to four beats per minute. If outside temperatures drop dangerously low this month, as it did a year ago, skunks, raccoons, chipmunks and possums will go into temporary hibernation. During these cold times, they seek shelter in trees, tree trunks, under rocks or underground, where they “hole themselves” and sleep for about five days until the weather breaks.

One way people can survive the coldest months is to get out with like-minded hunters and anglers and live the outdoor life vicariously by attending a winter boat or sports show. I do my part in running youth fishing classes at a number of shows here in Ohio, including the weekend of January 17th and 18th at the Cincinnati Travel, Sports & Boat Show (cincinnatiboatshow.com) and February 14th at the Columbus Fishing Expo (cincinnatiboatshow.com) columbusfishingexpo.com).

Here’s a breakdown of some of the popular sports show schedules for this winter in Ohio, along with information on how to get in touch if you’d like to attend:

• 13.-15. February: The Columbus Fishing Expo in the Lausche building of the Ohio Expo Center in Columbus; columbusfishingexpo.com; 614-361-5548