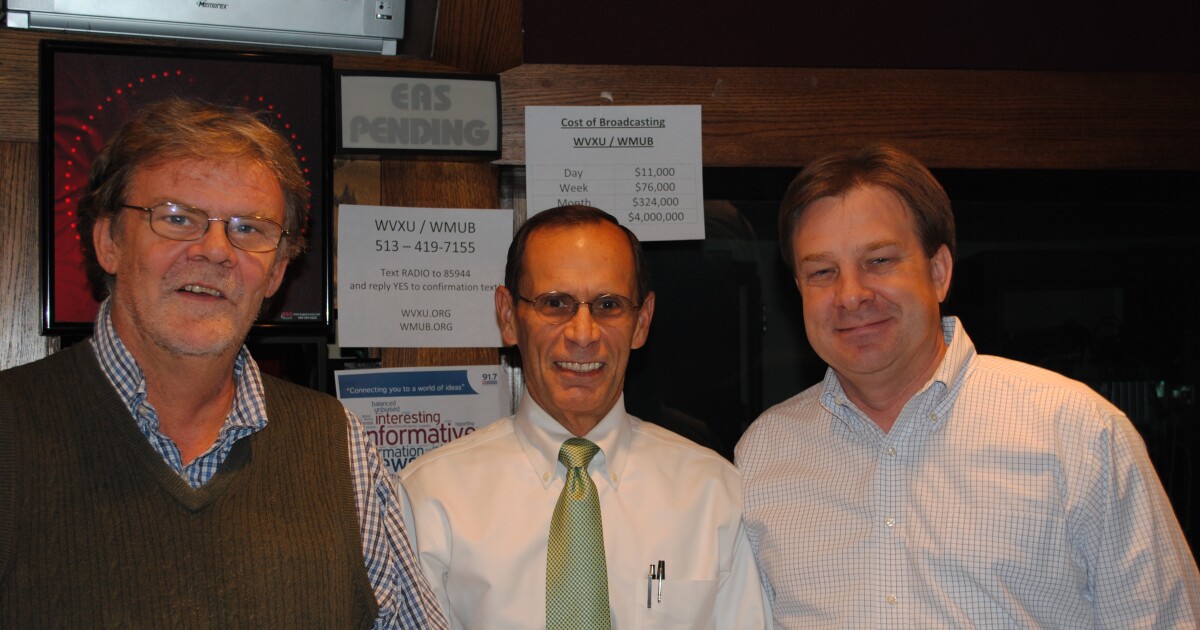 When a person as brilliant, knowledgeable, and gifted as Eugene L. Beaupre dies, you might worry that his knowledge will go away with him.

After teaching politics to thousands of students at Xavier University for 45 years and helping hundreds of journalists clarify what is happening on the Cincinnati political scene, there is absolutely no chance Gene Beaupre’s influence will go away, though he died last Friday at the age of 75.

Gene’s influence will last for generations.

When I first came to Cincinnati in October 1982, hoping to become a policy writer for the Enquirer, I looked for the most knowledgeable person in town to serve as my tour guide on Cincinnati politics. Thank god I found genes.

As a slim, athletic and constantly smiling man, he completed my training in an understandable and free from the jargon that spoils many political discourses.

And through my education, Gene and I became good friends.

He was a loyal Democrat, but his students included young people from both parties and he treated them all equally.

Gene didn’t seem to care about his students’ political beliefs – he just cared that they had beliefs and were passionate about them.

“He treated every single person he came in contact with kindness and respect,” said Sean Comer, a former Xavier student whom Gene Beaupre was preparing to succeed him, both as a teacher and as Xavier’s director of government relations.

“Gene had an incredible belief in his students,” said Comer. “He gave them all the confidence that they can achieve everything they set out to do.”

Two places – the Xavier University campus and Cincinnati City Hall – were at the center of Gene’s fiery passion for politics.

Born in Defiance, Ohio, his family moved to the Washington, DC area when Gene was young. He followed his older brother Chris in the decision to visit Xavier as an undergraduate student.

He was a Xavier student in the late 1960s, a time when politics and activism went hand in hand at so many colleges, including Xavier.

Gene was President of the Student Union in 1968 and 1969. He became a friend and political ally of a young Cleveland student, Tim Burke, who succeeded Beaupre as student body president.

“There was so much going on in this country in those years and Xavier’s students were caught up in the activism of the time,” said Burke. “Gene was a leader. A quiet leader, but a real leader. The administration listened to him.”

Beaupre, Burke, and several other students came together in 1969 when a young Jerry Springer came on campus to organize a campaign in Ohio to lower the voting age from 21 to 19.

A few years later, Beaupre and Burke became founding members of the so-called “Xavier Mafia” – a group of young, activist Democrats who worked for Springer in his council office. Gene became Springer’s chief of staff when the future talk show host was mayor and held a position in the city administration.

But in 1974 Gene was back on the Xavier campus and embarking on a teaching career that would last until his retirement in 2018.

“He really should be a teacher,” said Burke. “And he was someone who believed that politics, done right, is truly an honorable profession, regardless of the party.”

Comer was a graduate of a program founded by Beaupre called the Philosophy, Politics and the Public Honors Program, known on the Xavier campus as PPP.

PPP is a rigorous, interdisciplinary program that includes participation in public actions and the provision of internships in politics, government, and political advocacy.

“When I was at the PPP, Gene and I would go to The Echo a lot, have breakfast and talk politics,” Comer said, referring to the Hyde Park Diner landmark. “We made our predictions about the city council elections – who was that? Upstairs, who was downstairs. I admired and respected him, but he also took my ideas seriously. That’s how Gene taught.”

Kelly Leon, who wrote a lovely obituary for Gene that can be found on the Rohde Funeral Home website, told me she first met Gene in 1982 when Gene was working on getting his friend Jerry Springer through a Democratic primary Bring Governor. Springer came third out of three candidates.

“But I really got to know him later, in 1996, when I was director of media relations for Xavier and Gene was vice president of government relations,” said Leon. “Technically, Gene reported to me. Which was kind of weird because I admired him as a teacher and a really great mind.

“What really touched me was that whenever I sat and talked to Gene, he talked about his students and how smart and talented they were,” said Leon. “He had such a bond with the students he taught.”

And Beaupre, Leon said, loved being the point of contact for local media when they needed someone to talk to about elections and politics in general.

“He really loved that role; he enjoyed it,” said Leon. “And he was so good at it. He could explain the most complex situations for everyone to understand.”

I’ve benefited from Gene’s expertise hundreds of times over the years.

I remember one day at the 2008 Democratic National Convention in Denver – a historic event where Barack Obama was nominated for the presidency – when I walked from one of the huge media tents to the nearby Pepsi Center, where the congressional sessions were held . Who do I meet other than Gene Beaupre and his good friend Brendon Cull, who worked for Gene’s wife, Lynn Marmer, when she was group vice president of corporate affairs at Kroger.

They weren’t delegates, but both were well-connected Democrats who’d taken care of guest credentials for Congress. Cull, now executive vice president of the Cincinnati USA Regional Chamber, and friend Gene roamed the convention venue and delegation hotel in Ohio like two tourists on vacation, just soaking up the political theater and history that was being written in Denver that week .

“I should have known that I would see you here,” I told them.

I really wish I could meet him again. Just to have a cup of coffee and talk about politics. Thank god my friend.

Lynn Marmer and Gene’s daughter, Emily Marie Beaupre, are soliciting donations to the Cincinnati Alzheimer’s Associations or a charity of your choice on behalf of Gene. Instead of flowers, if you wish, Lynn and Emily ask for a perennial that they see plant and bloom every spring to commemorate Gene’s presence in their lives.

A Christian funeral mass will be held on Friday, June 4th at 11 a.m. at the Bellarmine Chapel on the Xavier University campus. This is immediately followed by a reception in the Conaton Board Room in Xaviers Schmidt Hall, the President’s office.

For those who cannot participate, the https://youtu.be/lEHyNKfySjU “target =” _ blank “> Mass will be broadcast live on YouTube.