From the Moscow Institute of Physics and Technology 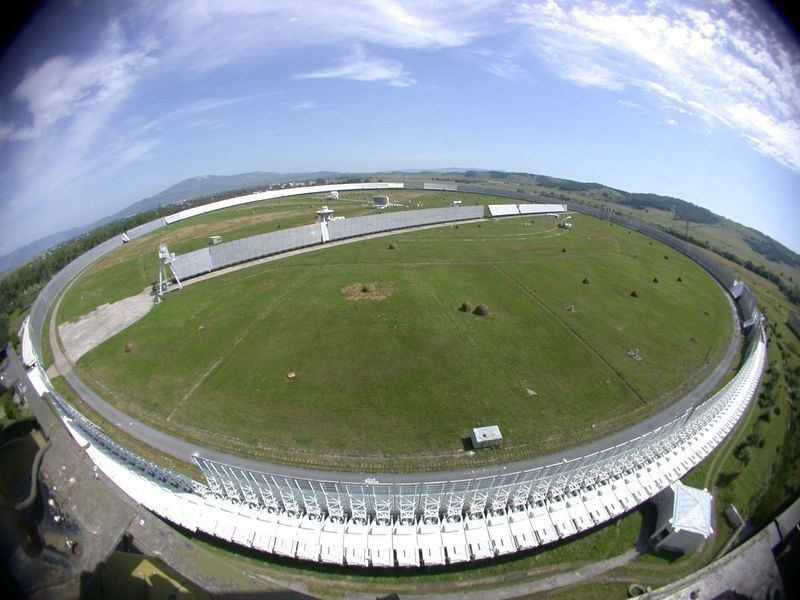 Russian astrophysicists have almost managed to determine the origin of high-energy neutrinos from space. The team compared data on the elusive particles collected by the Antarctic neutrino observatory IceCube and long electromagnetic waves measured by radio telescopes. Cosmic neutrinos were found to be associated with flares in the centers of distant active galaxies that are believed to harbor supermassive black holes. When matter falls on the black hole, some of it is accelerated and expelled into space, creating neutrinos, which then roll through the universe at near the speed of light.

The study was published in the Astrophysical Journal.

Neutrinos are mysterious particles that are so small that researchers don’t even know their mass. They pass objects, people and even entire planets with ease. High-energy neutrinos are created when protons accelerate to almost the speed of light.

Russian astrophysicists focused on the origins of ultra-high energy neutrinos at 200 trillion electron volts or more. The team compared the measurements from the IceCube system buried in the Antarctic ice with a large number of radio observations. The elusive particles have been found to emerge at the centers of quasars during high frequency flares.

Quasars are sources of radiation in the centers of some galaxies. They consist of a massive black hole that consumes matter floating in a disk around them and spits out extremely powerful ultrahot gas jets.

“Our results show that high-energy neutrinos are born in active galactic nuclei, especially in radio flares. Since both neutrinos and radio waves travel at the speed of light, they reach Earth at the same time, ”said the study’s first author, Alexander Plavin.

Plavin is a Ph.D. Student at the Lebedev Physical Institute of the Russian Academy of Sciences (RAS) and the Moscow Institute of Physics and Technology. As such, he is one of the few young researchers who achieved results of this caliber early in their scientific career.

Neutrinos come from where nobody expected them

After analyzing around 50 neutrino events detected by IceCube, the team showed that these particles came from bright quasars seen by a network of radio telescopes around the world.

U Wisconsin ICECUBE Neutrino Detector at the South Pole

The network uses the most accurate method of observing distant objects in the radio band: very long baseline interferometry. This method essentially creates a giant telescope by placing many antennas around the globe. One of the largest elements of this network is the 100-meter telescope of the Max Planck Society in Effelsberg.

In addition, the team hypothesized that the neutrinos occurred during radio flares. To test this idea, the physicists examined the data from the Russian RATAN-600 radio telescope in the North Caucasus. The hypothesis turned out to be very plausible despite the general assumption that high-energy neutrinos should arise together with gamma rays.

“Previous research on high-energy neutrino origins had sought its source directly in the limelight.” We thought we were testing an unconventional idea, but with little hope of success. But we were lucky, ”says Yuri Kovalev from the Lebedev Institute, MIPT, and the Max Planck Institute for Radio Astronomy. “The data from years of observations on international radio telescope arrays made this very exciting finding possible, and the radio band turned out to be crucial in determining the neutrino origin.”

“At first the results seemed too good to be true, but after careful re-analysis of the data, we confirmed that the neutrino events were clearly related to the signals picked up by radio telescopes,” added Sergey Troitsky of the RAS Institute for Nuclear Research. “We verified this association using data from years of observations from the RATAN telescope at the RAS Special Astrophysical Observatory, and the probability that the results are random is only 0.2%. This is quite a success for neutrino astrophysics, and our discovery now requires theoretical explanation. “

The team intends to review the results and understand the mechanism behind the neutrino origins in quasars using data from Baikal-GVD, an underwater neutrino detector in Lake Baikal that is in the final stages of construction and is already partially operational, to find out. The so-called Cherenkov detectors, which are used to detect neutrinos – including the IceCube and Baikal-GVD – rely on a large amount of water or ice to both maximize the number of neutrino events and prevent the sensors from being accidentally fired. Of course, continued observations of distant galaxies with radio telescopes are just as important to this task.

You can find the full article here.