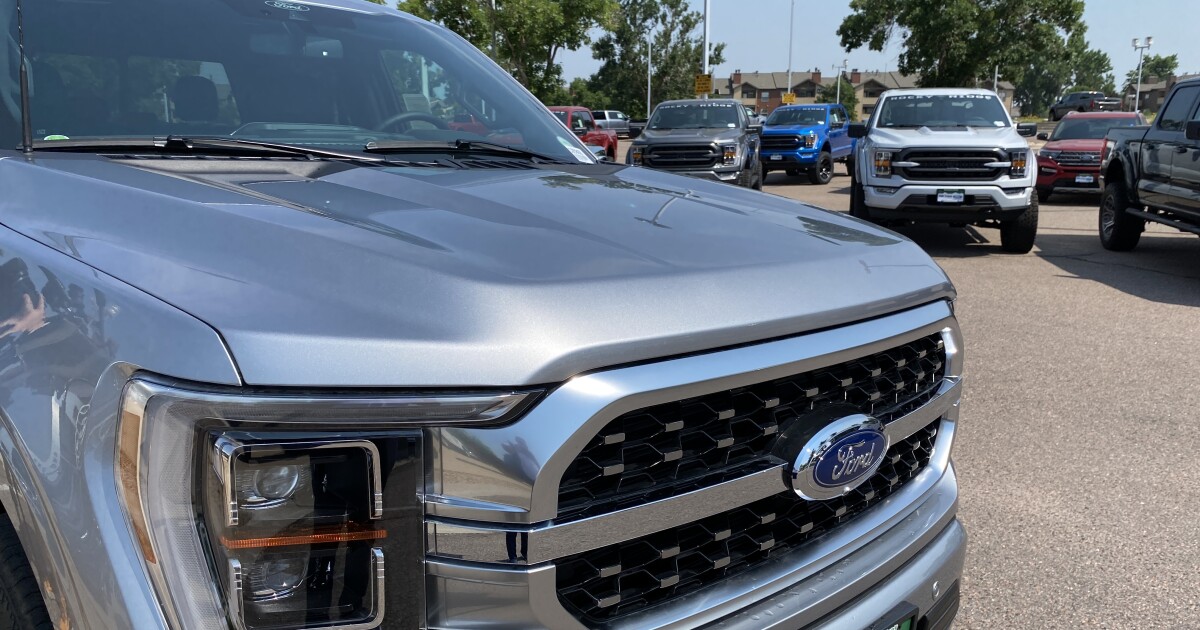 DENVER – Ford Motor Company may have found a way to get dealers back fully stocked with F-150s and into the hands of the drivers.

Tim Jackson, CEO of the Colorado Automobile Dealers Association, says Ford has been engaging with dealers across the country about a new approach to addressing the chip shortage.

The automaker is considering shipping incomplete F-150s to dealer lots and having employees there install the missing components when they are available.

“We are ultimately excited about anything that brings the vehicles to us and our customers faster,” said Kevin Shaughnessy, vice president of operations for Phil Long Dealerships, on Tuesday.

But one major concern Jackson heard from his members concerns the unpredictable weather in Colorado.

“Hail can be a problem in Colorado during the summer. We lost a lot of inventory to hail,” said Jackson.

Some owners fear they will have to pay the bill for the damage these incomplete trucks cause while parking in their parking lots.

“No skin off Ford’s back because Ford has to insure them [trucks] where they are now. We just have to get them insured while they’re in the dealer’s parking lot, waiting for the chips and everything else to get the vehicles ready, “Jackson said.

The plan is still under review, Shaughnessy says, and Ford is considering everything before making a final decision.

“The fact that certain areas of the country could be at greater weather risk may affect your final decision on whether or not to ship these vehicles,” he said.

If Ford goes through with the plan, Jackson says Ford dealerships in Colorado may not accept the new trucks until the insurance issue is resolved.

Denver7 contacted Ford Motor Company regarding the plan under consideration but received no response.