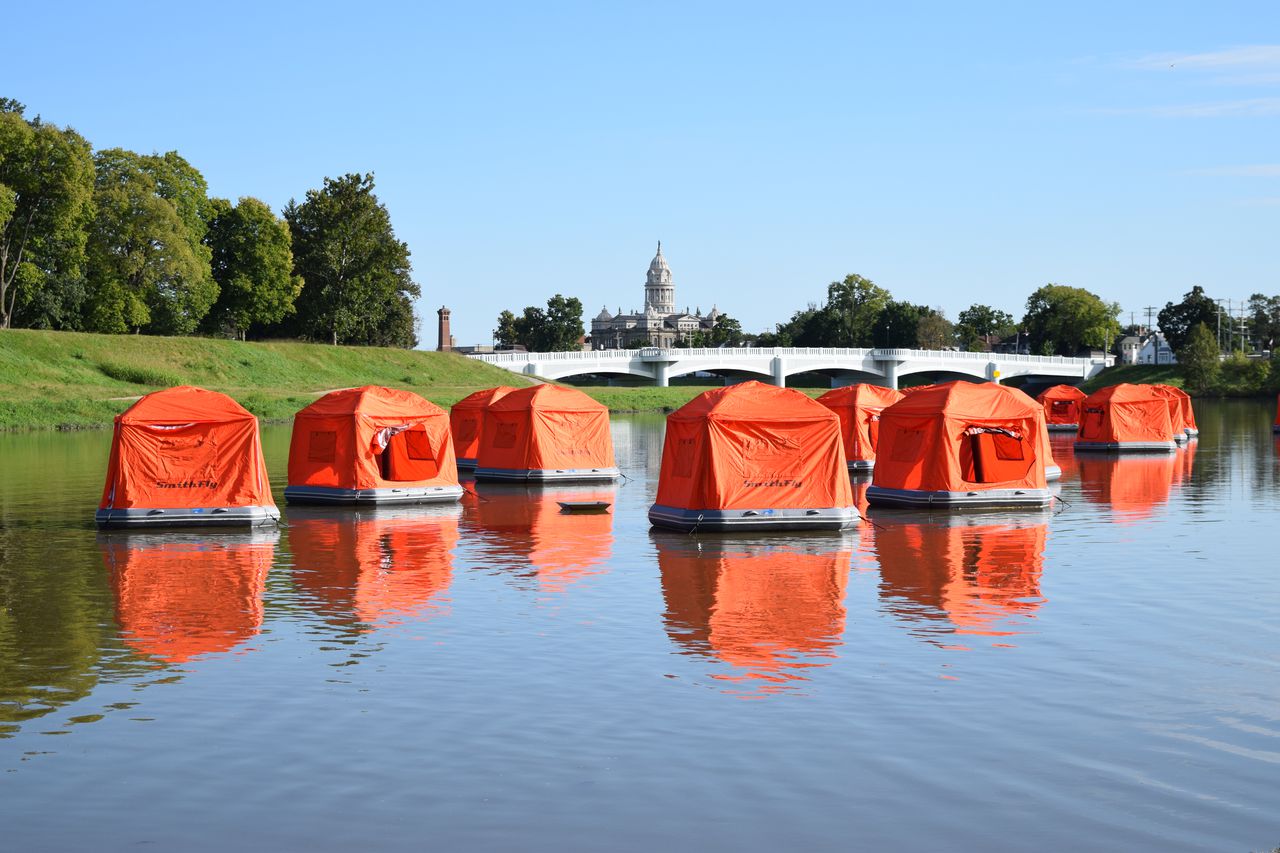 After a year without traveling, the Ohio (and almost everywhere else) tourism industry is hoping we are in the vacation mood this summer.

And while the profit margins of most industries have been destroyed by the pandemic, there is a surprising amount of capital investment in the summer season.

Every region of Ohio offers something new and different – from a new river boat ride at Cedar Point in Sandusky to a new football stadium in Columbus.

The Ohio travel season kicks off earlier this year with the NFL Draft in Cleveland this month. It will conclude with the Rock & Roll Hall of Fame Induction Ceremony at the Rocket Mortgage FieldHouse in Cleveland in late October.

And in between: Successive induction ceremonies at the Pro Football Hall of Fame in Canton, with two award-winning classes, 2020 and 2021, being celebrated on a blockbuster weekend from August 5th to 9th.

Here is a list of more than a dozen new Ohio attractions and events this year. We also included a handful of locations that opened last year that didn’t get much attention due to the pandemic. And please note that we will update this list as we learn more about places of interest.

Why camp on firm ground when you can sleep in a tent on the water? Float Troy has 10 floating anchored tents on the Great Miami River available for overnight stay this summer. Manufactured by Smithfly in Troy, the tents can accommodate up to 4 people and are located in front of Treasure Island Park in downtown Troy, 20 miles north of Dayton. There are toilets (but no showers) in the park.

A watercraft – kayak or raft – is included in the tent rental. Promotional material recommends: “Please plan to get wet during your stay.” The tents are $ 85 a night. Information: float-troy.com.

A night on the Great Miami River in Troy, Ohio. 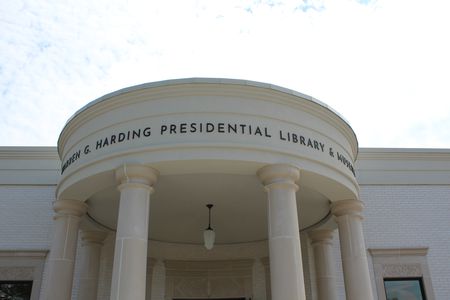 The new Warren G. Harding Presidential Library and Museum will open in May.

Warren G. Harding’s Presidential Facility in Marion, including a new Presidential Library and Museum, will reopen next month after extensive expansion and renovation. The locations, which have been closed since the end of 2017, were due to reopen last year in time for the centenary of Harding’s election to the White House in 1920. However, the pandemic forced a delay.

The site now houses a presidential library and museum, a repository for Harding documents, and exhibits about his life, including his three years as commander in chief (he died in 1923). The new center was built next to the 1890s Harding Home, which was restored in 1920 when Harding launched its Marion porch campaign. The website is planning a soft opening in mid-May. Information: hardingpresidentialsites.org 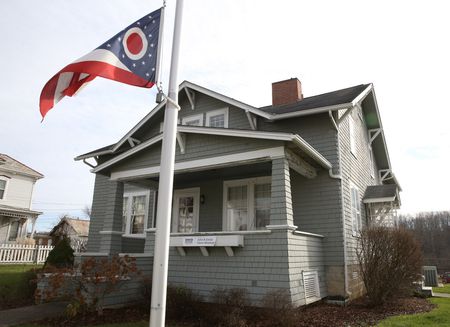 The Cambridge and New Concord parishes of southeast Ohio are celebrating their favorite son, John Glenn, on his 100th birthday this summer (he died in 2016). The celebration includes a Friendship 7 Parade, a race between the two cities, free tours of the John & Annie Glenn Museum in New Concord, and other events. Glenn was born in Cambridge on July 18, 1921. When he was a baby, his family moved to nearby New Concord. The event will take place from July 16-18. For information: visitguernseycounty.com 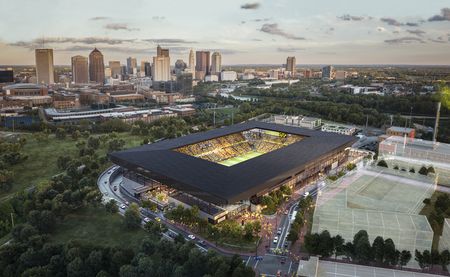 The new Columbus Crew Stadium is expected to open in early July.

The Columbus Crew, Ohio’s Major League Soccer team, is getting a new home this summer – a 20,000-seat, $ 314 million stadium under construction in the city’s Arena district. The crew, 2020 MLS Cup winners, will face New England on the facility’s expected debut on July 3rd. Information: columbuscrewsc.com

Cedar Point’s 150th anniversary last year was postponed due to COVID. Most of the fun is available for this year, however, including a new ride, the Snake River Expedition, in the area where paddlewheel excursions once entertained riders. Also new: the Celebrate 150 Spectacular Parade and the Night Party. The parade runs from June 26th to August 26th. fifteen; The Snake River Expedition starts on May 29th. The park will open for the season on May 14th. Information: cedarpoint.com. 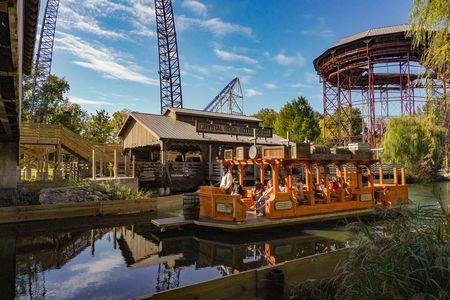 The Snake River Expedition debuts at Cedar Point in May. 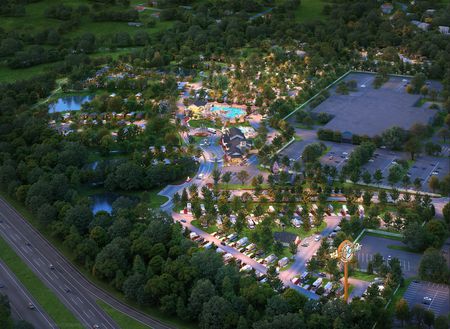 An aerial view of Kings Island Camp Cedar, which opens in June.

If you skipped Kings Island last year, you missed the debut of Orion, the park’s massive new steel roller coaster with a 287-foot first hill. Rest assured, the coaster is going nowhere and will be available to seekers through 2021. New this year: Kings Island Camp Cedar, a luxury camping resort with 184 full-service RV sites and 73 well-appointed cottages. The resort, which opens in June, is north of the park. Amenities include multiple restaurants, pools for families and adults only, hiking trails, and more. Information: visitcampcedar.com. 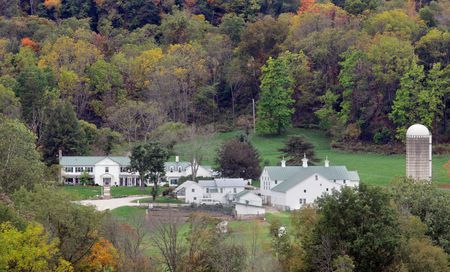 Malabar Farm, the former home of the author Louis Bromfield, is a stop on the Ohio Literary Trail.The simple trader

A road trip for every interest

Looking for a new themed road trip? TourismOhio has added a few new options to its portfolio of drivable Ohio trails:

* The Ohio Professional Golf Trail will feature six professional golf tournaments across the state this year, including the Memorial Golf Tournament in Columbus, the Bridgestone Senior Players Championship in Akron, the LPGA Classic Marathon in Sylvania, and the Jack Nicklaus Museum in Columbus. The trail offers places to stay, eat, and other attractions in the area.

Founded last year by the Ohioana Library Association, the Ohio Literary Trail features public spaces across the state that celebrate Ohio’s rich history with words. Sights include the Nancy Drew exhibit in the Toledo-Lucas County Public Library, the Thurber House Museum in Columbus, and the Malabar Farm in Lucas. Local author Betty Weibel recently published an accompanying guide to the trail, “The Ohio Literary Trail: A Guide”. 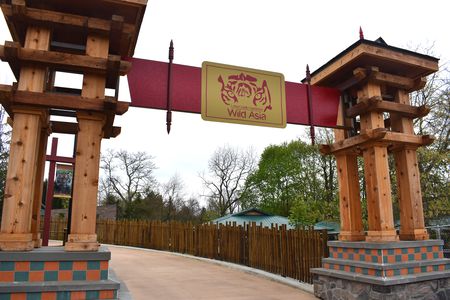 Wild Asia at Akron Zoo opens in late May.

What’s new in the zoos?

Akron Zoo will debut in Wild Asia in late May, a new area where Asian jungles and Himalayan forests are being recreated. Sumatran tigers, red pandas, and white-cheeked gibbons will be seen in the area. Information: akronzoo.org.

The Ohio Department of Natural Resources recently unveiled DETOUR, a new app that contains a database of hundreds of trails across the state, searchable by region, difficulty, distance, and other attributes. Inventory includes: State Park trails managed by ODNR, as well as many others including those in the Cleveland Metroparks, Cuyahoga Valley National Park, Lake Metroparks, Summit Metro Parks, and others. The trail inventory will continue to grow. Download the app for free or visit detourtrails.ohiodnr.gov. 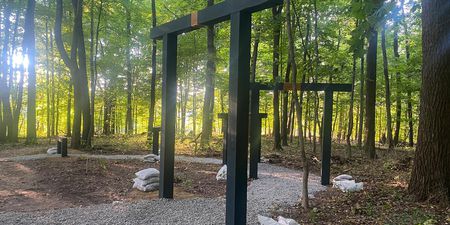 “Primitive Gateways” by Jeannette Perez consists of five gateways that are connected by a circular stone path. on display at the Ohio Air Art Museum in Holmes County.

The open-air art museum at the Inn at Honey Run continues to grow and now includes eight installations of original art along a 1.5-mile trail. The newest, primitive gateway from Jeannette Perez consists of a series of five gateways made from cedar logs connected by a circular path. “Our museum is a living museum with works of art that have merged with nature. It lives, grows and changes all the time, ”says innkeeper Jason Nies. It’s free and open to the public in daylight.