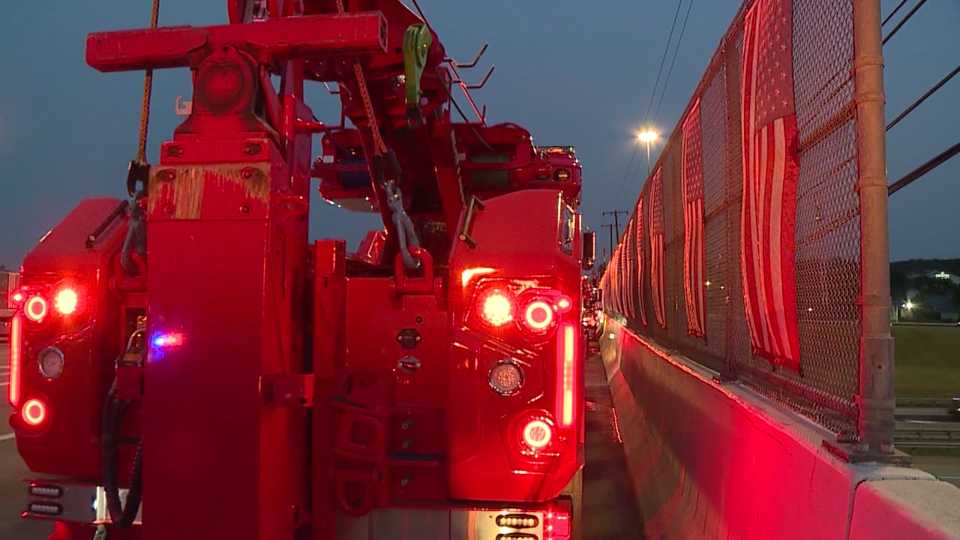 MINDERAL RIDGE, Ohio (WKBN) – After a tow truck driver died in Cincinnati, local first responders and tow truck drivers joined forces on Monday to raise awareness of the importance of the moving law.

On Wednesday, local first responders spoke about their close calls.

First responders, tow trucks and other emergency vehicles deal with this every day.

People do not slow down or overtake on motorways and carriageways.

Judy Hartley, assistant EMS chief at Lane Lifetrans, says she had a close call the other day when she responded to a call.

“We were actually on the freeway and had medical treatment after a car accident. We were in the left lane in the median against the crash barriers trying to handle patient care with the traffic right next to us,” Hartley said.

On Monday evening, truck drivers and rescue workers in the Youngstown area did their part to encourage drivers to move by lining up on the Route 46 flyover and Interstate-80 in Austintown. They wanted to raise awareness and hoped to reduce the incidents on the streets.

Hartley says if people just took more time not to rush and maybe get into someone’s loved one ‘s mindset, there would be fewer accidents.

“Just like on construction sites where there are signs saying that my father works here or my mother works here, the same applies to first aid, police, ambulance and tow trucks. We’re all right out there, working on the roadside trying to help people keep people safe while we take care of them, ”Hartley said.

The Moving Act applies to all stationary vehicles with flashing lights, including police officers, rescue workers and road construction, maintenance and supply personnel.