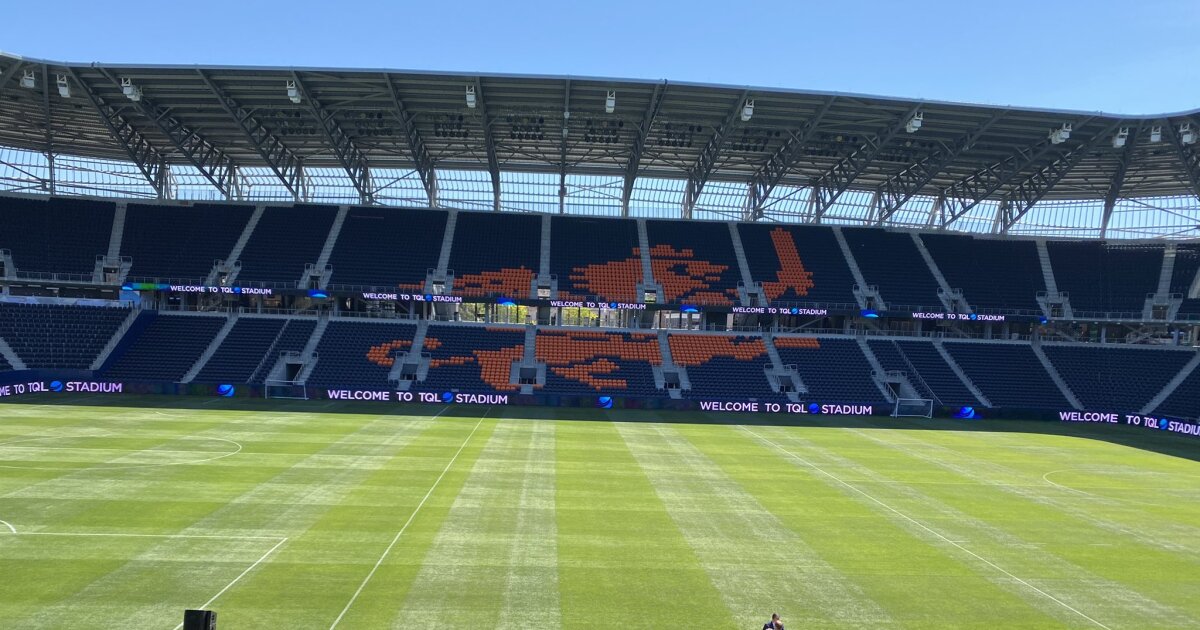 CINCINNATI – After more than two years of construction, the new stadium of FC Cincinnati has been completed.

The Total Quality Logistics Stadium opens on Saturday at 11:30 am with a ribbon cutting ceremony. The new home of FC Cincinnati has 26,000 seats, a club in the style of a vintage beer hall, a 360-degree roof and a unique lighting technology for the fins of the stadium.

But Cincinnati’s Major League Soccer franchise won’t be the first team on the pitch at TQL. The West End Pride youth soccer teams officially open the stadium with games starting at 1pm

Neighbors to the West End stadium are invited to an open house from 1:30 p.m. to 6:00 p.m. Season ticket holders can see their seat and visit the stadium on Sunday.

MLS Commissioner Don Garber is also in Cincinnati to celebrate the opening of the TQL Stadium. When Garber toured the facility on Friday, he noticed that everything in the stadium “feels perfect”.

“There’s something really special here,” said Garber. “For me, it’s an emotional reckoning to believe that we have owners who make the commitments they’ve made, cities who see the value of a great stadium in a setting like this, right downtown and at the heartbeat of the city City is connected to city. “

At a round table on Friday, Club President Jeff Berding said the owners had made a conscious decision not to compromise on the development of Cincinnati FC’s new home. He said the team invested in everything from the number of seats to the club’s equipment to make the stadium what it is today.

FC Cincinnati’s home opener is scheduled for May 16 at 4pm against Inter Miami CF.