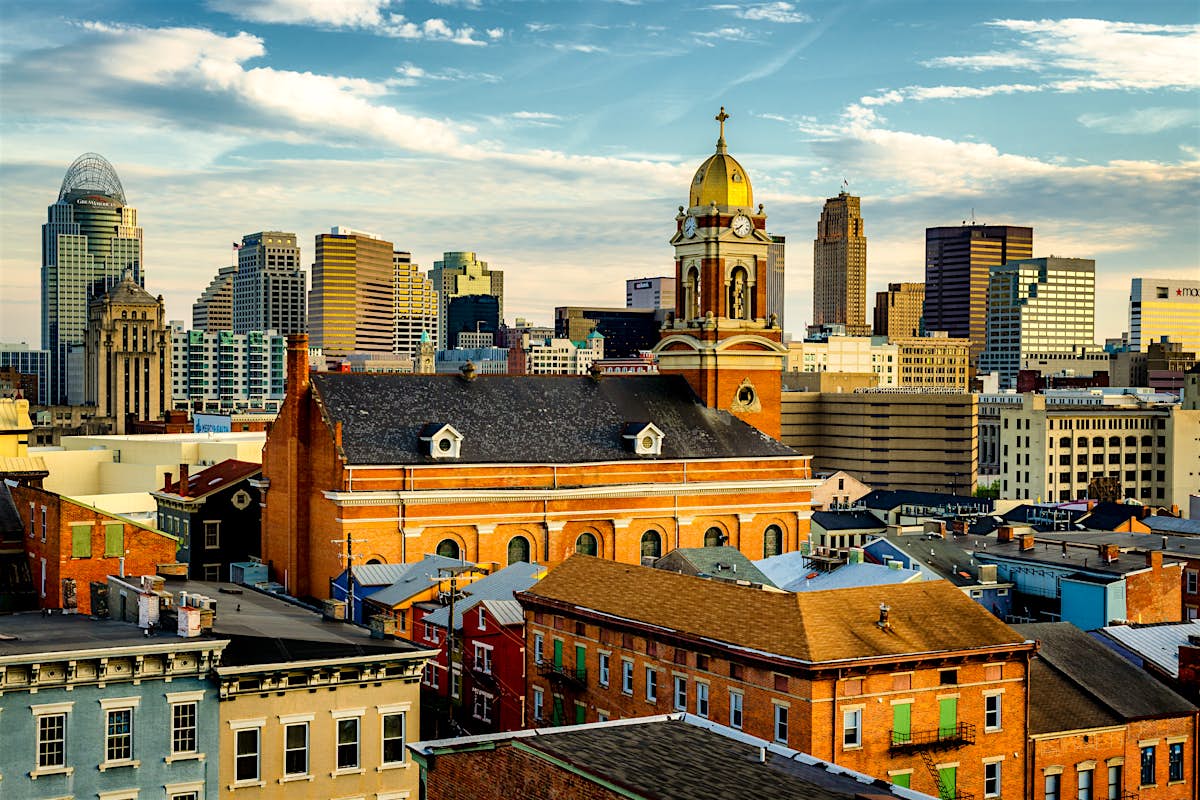 A true four-season city, Cincinnati offers a full calendar of fun experiences all year round. With mild temperatures on either side of the sultry summer, late spring and fall host most of the large, organized events, including marathons and music festivals. But the hot and humid summers are also a great time to stop by with baseball games, al fresco dining, and river excursions galore. And while the city’s winter festivals are accompanied by the occasional flurry of snow, it only adds to the ambience.

High season: May to June, September to October

Best time for events and festivals

Given the infamous heat and humidity of the region, late spring events like the Flying Pig Marathon and the legendary Oktoberfest Zinzinnati in autumn, the second largest Oktoberfest in the world, draw visitors from all over the world. Cincinnati is buzzing during this gloriously mild season, especially when the Cincinnati Bengals of the National Football League hit the field at the start of fall. As in many Midwestern cities, better weather doesn’t mean higher prices; The year-round tariffs are surprisingly cheap compared to larger city centers and places along the coast. 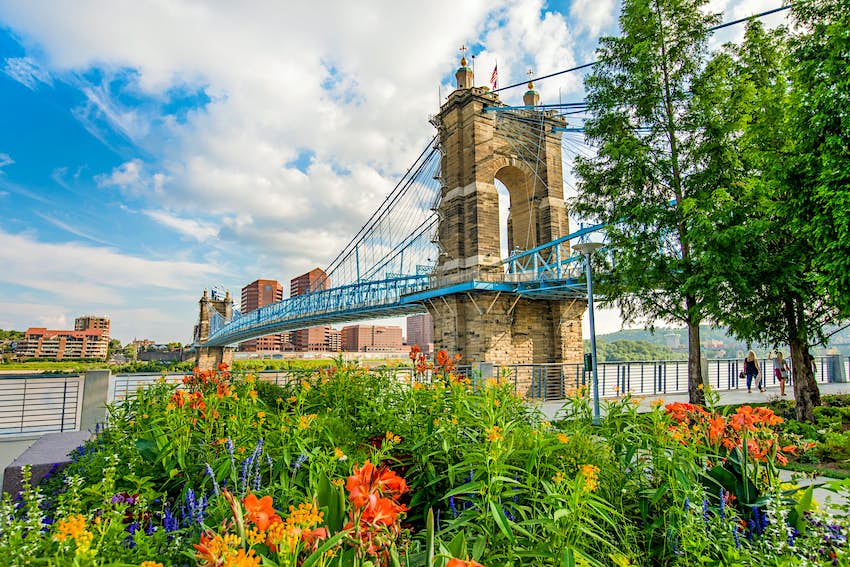 Major League Baseball’s opening day for the Cincinnati Reds is legendary in Queen City. Night owls move through the city in the team colors (often lavishly) to celebrate the start of the season at the beginning of April. The festivities consume the entirety of the Riverfront and OTR neighborhoods. Take part on the riverside at The Banks, the neighborhood next to the Reds Stadium. It’s one of the newest areas in the city, where alcohol containers open to the public from 11am to 1am every day can be opened.

While July and August come with a dose of sticky moisture, this is the time to get outdoors. There’s nothing like paddling in or on the area’s lakes and rivers to cool off, especially during the annual Ohio River PaddleFest in July or August. Then there’s beach volleyball at the local brewery and the Fifty West Brewing adventure center, a craft beer station that’s also the city’s most popular sand court. 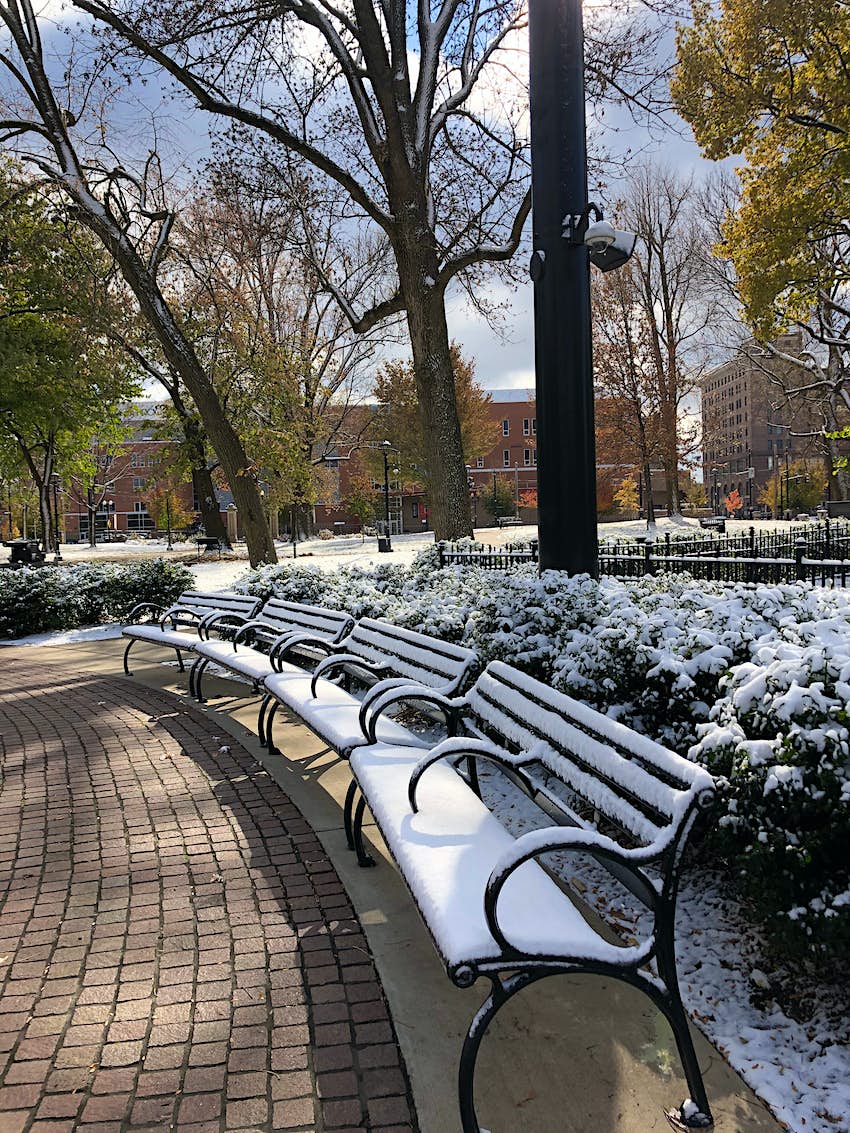 Temperatures can drop, but the Cincinnati fun continues throughout winter. The main attraction? The Cincinnati Zoo & Botanical Garden, a National Historic Landmark, is decked out with four million LED lights as part of the highly anticipated PNC Festival of Lights – complete with an illuminated Polar Express train and a music-synchronized light show. Winter is also a perfect time to take in the city’s indoor attractions, from the Cincinnati Art Museum to the crowded Cincinnati Museum Center, a former Art Deco train station that turned into an education center, with three museums in one huge complex .

When the holidays are over, January brings calm, quiet, and the occasional snow to the streets of Cincinnati. Some holidays like ice skating and winter festivals last all month.

Cool temperatures and the occasional snowstorm last through February. Stay leisurely bar hopping (bring a warm coat for walks between bars) or explore the city’s many indoor science, history, and art museums.

March stays relatively cold in Queen City, but that doesn’t prevent Cincinnatians from getting in the spring mood; The celebrations range from the annual Bockfest to the St. Patrick’s Day Parade in the city center. 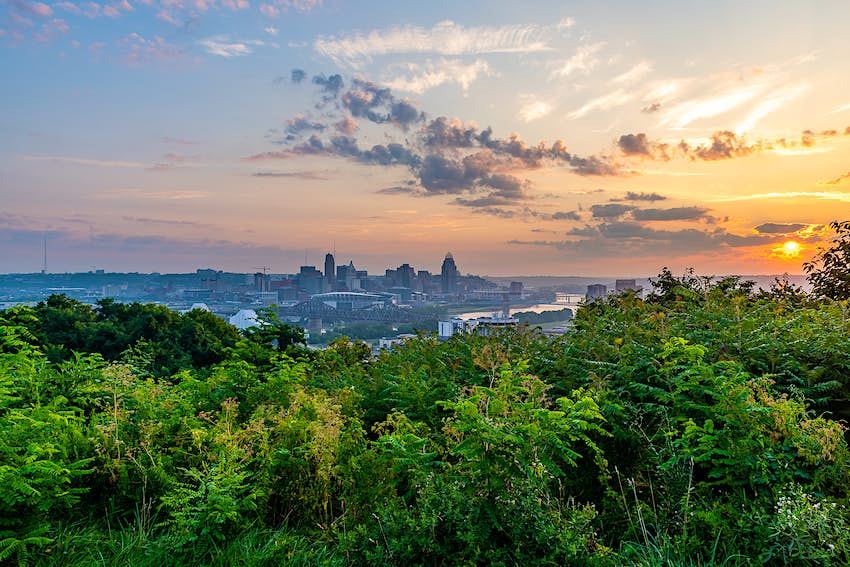 April blossoms are a symbol of the rising mood in Cincinnati. Gardens are bright with color, trees are covered in leaves again and one of the city’s most famous events – the opening day of baseball season for the Cincinnati Reds – brings fun and festivity to the resurrected streets of the city.

Festivals and events fill the calendar in May, and for good reason: The warm, sunny spring weather is hard to beat. Running, paddling and food festivals draw a lot of people on the weekends. The long-awaited Flying Pig Marathon draws racers and spectators to 26.2 of the most scenic – and hilly – miles of Cincinnati.

Warm temperatures and sunshine make June perhaps the best time to visit Cincinnati. In June, the city shows its love for the LGBTQIA + community with the Cincinnati Pride Festival and month-long events and parties where Cincinnatians show their support. 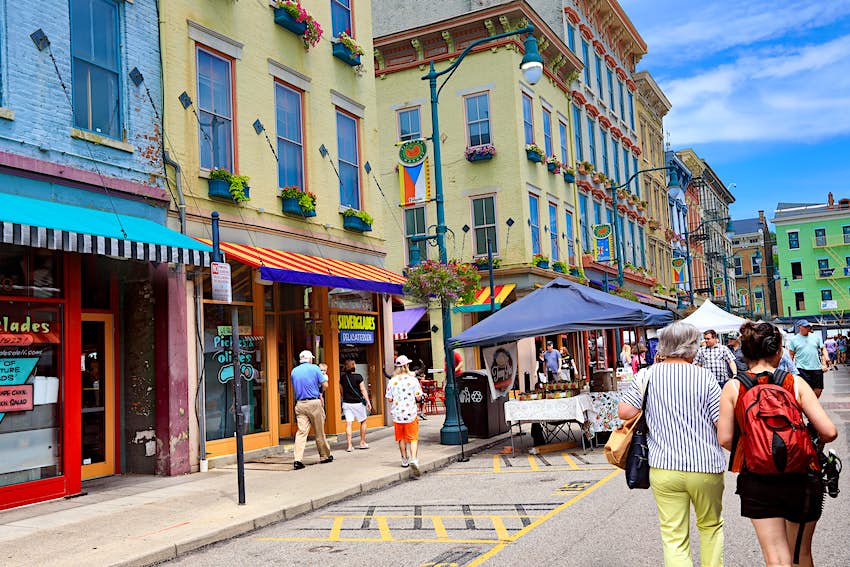 In July, Cincinnati hits a syrupy surge of moisture, but it’s hardly worth staying indoors. Some of the city’s most famous events take place this month, including the three-day waterfront Bunbury Music Festival. Grab your tickets early; Bunbury usually sells out within days.

The scorchers last well into August, making the month perfect for paddling adventures on the water. Dive a paddle on the Ohio River, Little Miami River, and a variety of local lakes and county parks that offer access to kayaks, canoes and rentals.

In September, Cincinnatians are itching for the cooler autumn months to arrive. Changing leaves paint the trees and locals quench their thirst at the city’s most famous festival: the Oktoberfest Zinzinnati, an ode to the city’s German heritage. This event is now the second largest Oktoberfest event in the world, which means a great demand for accommodation and transport. 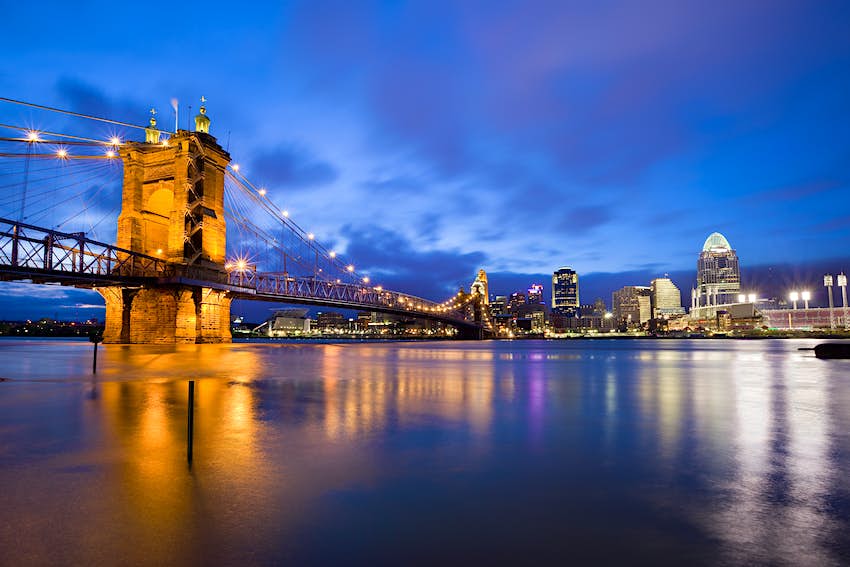 In the world of professional sports, October is hard to beat. In Cincinnati, that means the Reds end baseball season while the Bengals begin soccer season, and the city’s AA hockey team, the Cyclones, are getting ready to get going. October in Cincinnati is also synonymous with the BLINK arts festival, an immersive light installation that illuminates many neighborhoods of Cincinnati.

November marks the unofficial start of the holidays with the opening of several popular winter attractions, including the dazzling PNC Festival of Lights at the Cincinnati Zoo and Botanical Gardens and ice skating in Fountain Square, the city’s downtown hub.

In December, the Christmas magic is in full swing, starting with the Downtown Winter Wonder Lights, a light show that dances across Fountain Square. The Newport Aquarium is fun with a diving Santa Claus soaring through a festive underwater wonderland.