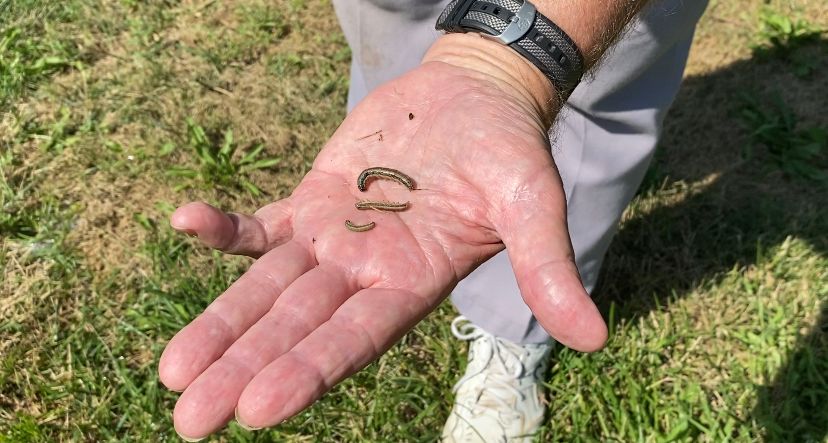 OHIO – Even though they’re caterpillars, they won’t turn into butterflies. Instead, they could destroy your garden.

Fall armyworms are officially in Buckeye State, and David Shetlar, professor emeritus of entomology at Ohio State University, said they are extremely common.

Shetlar said the “common army worm” is native to Ohio. They attack small grain crops in early summer, then move over to eat lawn in July.

So how did so many fall armyworms make it to Ohio this year? Shetlar predicts it is the weather.

“I feel like we had these storm fronts, we had three hurricane-like storm fronts coming up from the Gulf,” Shetlar said. “We know well that the adult moths are ingested by jet streams and can travel up to 800 miles in 24 hours in those jet streams.”

To check for armyworms in the fall, Shetlar recommends using dish soap such as Dawn Ultra, Joy Ultra, and Ivory Clear. They bring the worms to the surface. He said Palmolive will kill the grass.

“We did a lot of tests with detergents. These three detergents do not cause ‘fidotoxicity’. In other words, they don’t damage the lawn, “he said.

When it comes to protecting farms from armyworms in the fall, he said using a product with Acelepryn, an insecticide, will work.

Grass can be revived with proper watering, but the crown must still be alive.

“Go out and see if there is any green. If there is green, the crowns are still alive,” he said.

Shetlar believes more armyworms will travel to Ohio this fall over the next two weeks.