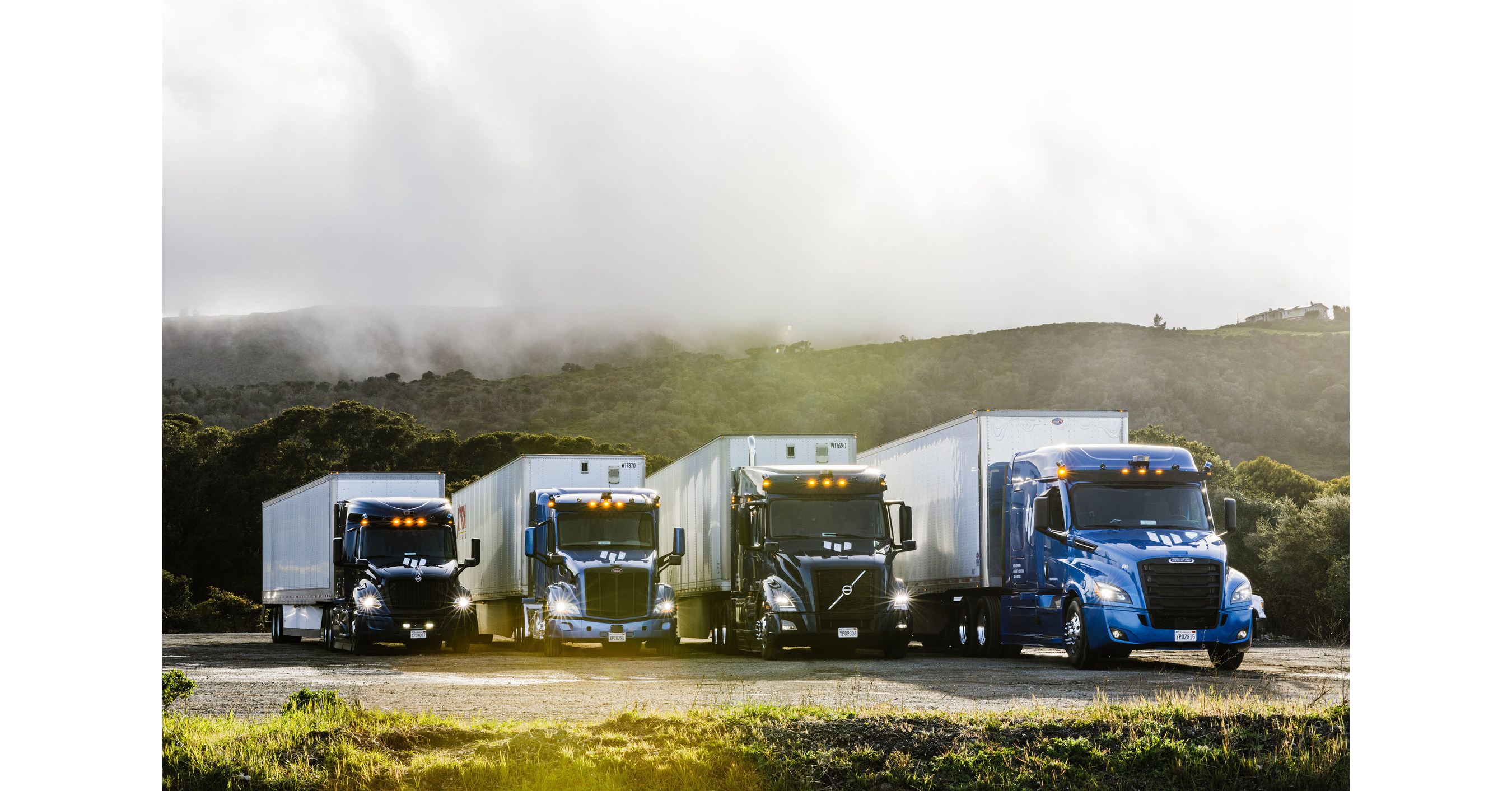 The EUI program recognizes Embark as the first autonomous developer to seek integration with all four major US OEMs. Focusing on the intersection of four platform specifications, rather than designing on an OEM platform, Embark is building the industry’s first universal system that is intentionally designed to integrate with any platform. Embark designed its system from the start to work across platforms. This decision required huge upfront investments and consideration for cross-platform compromises. The EUI efforts are the manifestation of this philosophy in one product.

In the industry, a number of non-exclusive partnerships between ADS developers and OEMs were announced at an early stage last year. Embark made the decision in early 2020 to take a different approach to OEM integration, shaped by Embark’s exclusive focus on the trucking industry since its inception in 2016. Truck OEMs have long provided trucks with key components sourced from multiple suppliers, including engines, transmissions, and braking systems in response to the carrier’s demand. By developing a strong technology platform that can be quickly integrated with all major OEM trucks, Embark will provide OEMs with an autonomous technology that best suits the needs of their carrier customers.

The EUI achieves its universality through a two-part design. Part one consists of a standardized package of components – sensors and computer system – determined through thousands of hours of design, testing, and analysis. Between these standardized components and the truck is part two of the EUI design, a set of physical, electrical, and software interfaces that allow the standardized package of components to connect to the steering, brakes, throttle, telematics, power and output of an OEM – Establish a platform and communicate with it. Chassis and HVAC. This two-part approach, standardized components and flexible interfaces, offers Embark and OEMs the best of both worlds.

At the center of the interface package is the Embark Gateway, a control unit developed by Embark for the automotive industry that enables API communication between Embark technology and any OEM platform.

Embark’s long-term vision is for OEMs to integrate Embark’s technology into their truck platforms, which the OEMs then sell with demand from the maintenance and warranty support companies. Embark supports this model and is taking EUI efforts to expedite this process. The benefits of the program for Embark and the cargo ecosystem are evident in both the short and long term.

“We strongly believe that integration with OEMs is the way to enter the self-driving truck market,” he said Alex Rodrigues, Co-founder and CEO of Embark. “We also believe that compatibility and ease of integration with all OEM vehicles will give us a competitive advantage as we evolve the Level 4 platforms.”

The EUI program is currently helping to demonstrate the compatibility of the Embark Driver with the four major OEM platforms. This is an industry first and important milestone for carriers purchasing from multiple OEMs. The EUI program also allows Embark to expand its test fleet to the four major OEM brands, increasing the number of trucks and fleet diversity of Embark, improving the accuracy of our testing program and reducing our time to deployment.

“The introduction of EUI opens the door for Embark to a much bigger market opportunity by making their self-driving technology platform independent,” he said Pat Grady, Partner at Sequoia Capital. “We have seen time and time again how the emergence of an open platform can act as a driving force in rapidly evolving markets, and this breakthrough technology from Embark has the chance to do the same for a historically complex and fragmented industry that is both Embark and This is also a major step forward for the entire truck industry. “

In the long term, the EUI program will provide new insights into standardized sensor placement, vehicle communication protocols, standardization of telematics, energy management and many other areas. These insights and associated proprietary designs will influence Embark’s partnership and integration decisions with any OEM by helping Embark and OEMs better understand the feasibility of different integration approaches. Most importantly, the lessons learned from EUI efforts will increase the efficiency, robustness and security of future commercial integration programs between Embark and OEMs and result in a better product for end customers.

Most major airlines see maintaining multi-OEM fleets as a key element of their business strategy and the development of EUI sends a strong signal to the trucking industry that Embark is best positioned to meet the needs of transportation companies.

“We are currently buying trucks from multiple OEMs and plan to continue this strategy in order to optimize the experience for our drivers and meet our total cost of ownership goals,” he said Trevor Fridfinnson, Chief Operating Officer at Bison Transport. “Embark’s investment in integrating its autonomous driving system with the major OEMs enables us to test and deploy autonomous truck functions without adding a new OEM to our fleet for that sole purpose.”

Embark builds self-driving truck technology to make motorways safer and goods transport more efficient. Our self-driving trucks move cargo for Fortune 500 companies using our custom-built transfer hubs, setting a new standard for how driverless trucks will move goods in the future. Since our inception in 2016, our mission has been to work closely with the trucking industry and public sector stakeholders to bring this technology to market.