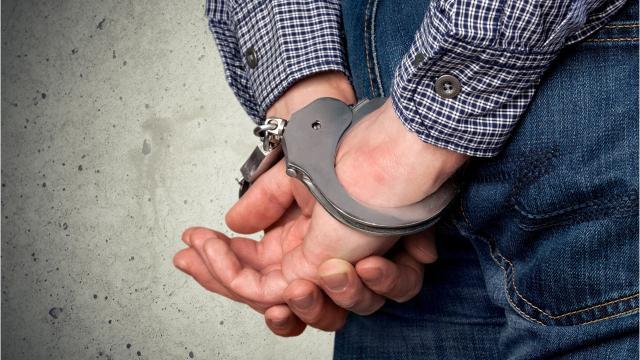 A drunk El Paso driver was arrested after hitting a pedestrian on Kern Place early Sunday in the Cincinnati Entertainment District.

Jesus Chavira Ortega, 54, was arrested for an offense while driving under the influence of alcohol, although police said he had right of way in the collision.

A man was at a zebra crossing but was walking against the light when he was hit by a Chavira Ortega pickup truck on Mesa Street on Cincinnati Avenue just after 2 a.m. Sunday morning.

The pedestrian was crossing Mesa Street from west to east when Chavira Ortega drove south on Mesa Street in a blue 2012 Toyota Tundra.

“The investigation revealed that the pedestrian was at a zebra crossing, but entered the street against the traffic lights. Ortega could not stop in time and hit the man,” said a statement from the police.

Traffic-related deaths:The 60-year-old El Paso man dies after crashing into a wall under the I-10 flyover on Yarbrough Drive

The pedestrian was hospitalized with injuries that police said were not life threatening. The man’s name was not immediately known.

Chavira Ortega was arrested by police working in the popular nightlife district near the University of Texas in El Paso. He was arrested and charged with being drunk after an investigation by a DWI task force officer responding to the crime scene, police said.

El Paso Far East Chavira Ortega was released from El Paso County Jail on Sunday on $ 5,000 bail, according to a prison record.

The same zebra crossing has been the scene of fatal DWI pedestrian collisions in the past.

More:Man stabbed to death, 2 others injured in family quarrel in house on East Side