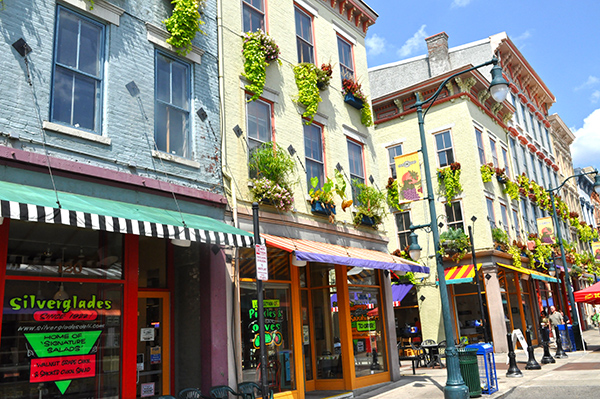 After a successful experience with the MLB All Star Game, Cincinnati will host the All-Ohio Business Improvement District Conference for the first time from August 5-6.

In 2007, Lisa Defendiefer, assistant director of operations and advocacy for the SID Public Service Association in Columbus, and Mark Lammon of Cleveland’s Block by Block program came together to share common interests, best practices, and other downtown-related issues in theirs Cities to discuss. They also discussed hosting a meeting for representatives from other Business Improvement Districts (BIDs) and Special Improvement Districts (SIDs) across Ohio.

The couple put together an agenda and invited people from organizations across Ohio to share ideas and best practices.

“When this started,” says Defendiefer, “there was no other organized gathering in the state that gave attendees the opportunity to share ideas and brainstorm solutions to the types of problems that exist in the state’s downtown areas.”

What started as a one-day meeting has grown into a multi-day conference for representatives of BIDs and SIDs in Akron, Canton, Cincinnati, Cleveland, Columbus, Dayton, Lancaster and Toldeo. The conference was held twice in Cleveland and twice in Columbus, but now it’s Cincinnati’s turn to demonstrate its efforts downtown.

“It’s a great opportunity to meet your colleagues face-to-face,” said Mindy Rosen, senior vice president of communications and strategic initiatives for Downtown Cincinnati Inc. (DCI), the conference host. “I attended the Columbus conference last year and I thought Cincinnati should host it next because we have so much to show now more than ever.”

Past conferences have taught attendees what other cities are doing to engage the business community, how to build a membership base, and implement successful landscaping programs. The conference was also helpful for sharing information on best practices related to security communications, homeless assistance and hospitality programs.

Cities across Ohio are interested in Cincinnati’s role in hosting the All Star Game, which was a huge hit for the city.

Visitors and locals didn’t just stop and play at the All Star Game celebrations. They visited local restaurants and shops, and explored the multitude of breweries in the area. They walked across the Purple People Bridge and attended Covington’s bicentenary. They spent thousands of dollars on hotels, flights, and transportation.

Cleveland is particularly interested in how Cincinnati has prepared for the All Star Game, as it hosts the Republican National Convention this July. And many Ohio cities are interested in Findlay Market, the state’s longest continuously operating public market. Both Cleveland and Columbus have similar versions, the West Side Public Market and the North Market, respectively.

The Findlay market has become a catalyst for development as a number of market stalls eventually open storefronts and restaurants themselves. The Crown Building has been extensively renovated and People’s Liberty has moved to the nearby Globe Building. The Model Group is currently working on a large residential and commercial space project nearby.

Columbus has just opened Scioto Mile, a riverside park similar to Smale Riverfront Park in The Banks. The swings, carousel, and walking path along the river can be recreated in cities across the state, whether or not the park sits on a body of water.

As in Cincinnati, every city in Ohio has an increasing number of residential scenes. The conference will include a tour of the downtown Seven at Broadway project as well as the housing options available at The Banks.

“It’s always helpful to see what else is out there and what other options and avenues you can take to achieve the goals you have for your city,” says Rosen.

This year’s two-day get-together includes a tour of the Central Business District and Over-the-Rhine in downtown Cincinnati, as well as a stroll around Findlay Market. Participants will also receive an introduction to Cincy Red Bike and the tram line under construction, and take a walking tour of Smale Riverfront Park and The Banks. There are also plans to take part in a Reds game.

In addition to downtown tours and visitor highlights, the conference will include a number of speakers: Jason Barron of Red Bike will discuss the Bike Share program; Macy’s Carl Goertemoeller will represent the city’s larger businesses. and Jeff McClorey from Bromwell’s will speak about local entrepreneurs and restaurateurs.

Cincinnati has made a name for itself in the world of economic development, food and craft beer. But the city has so much more to offer and that is exactly what DCI wants to highlight during the conference.

The 2020 Cincinnati Bearcats seized the moment – The Athletic