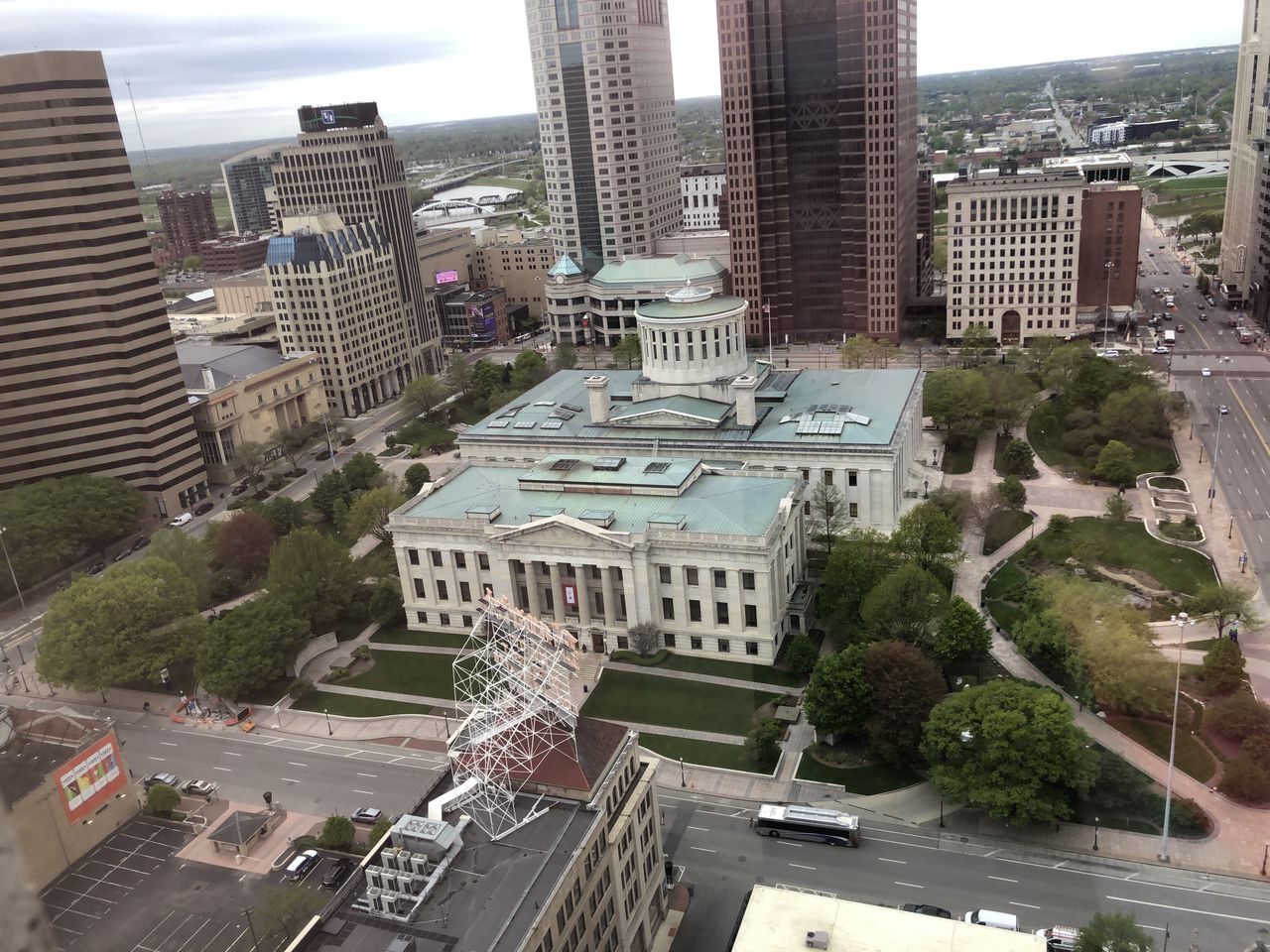 House divided: After a period of seldom bipartisanship last year, the Ohio General Assembly has dissolved into a bitter split on party-political and racist lines. In one lengthy story, Andrew Tobias described some of the reasons black lawmakers are angry and feel their concerns have gone unheard, as well as some of the things most white Republicans say they are trying to get the conversation going.

Standard Deviation: Nearly half of Ohio’s 862 law enforcement agencies have not yet formally agreed to comply with voluntary statewide standards on issues such as the use of force by civil servants, unbiased policing, and the attitudes of minorities. Jeremy Pelzer found five reasons these departments haven’t done this yet.

Perks for the Doubt: Due to a new order from Governor Mike DeWine, the state of Ohio will deny state unemployment benefits to people who refuse to return to work due to the coronavirus unless they meet one of several exemptions. But as Pelzer reports, many are praising the order from DeWine as it permanently ensures that many people with coronavirus concerns can continue to receive weekly benefits.

Party foul: The Ohio Republican Party’s Central Committee voted Friday to reprimand former chairman Matt Borges for a number of reasons they said were detrimental to the party, including forming a super-PAC to support the former supports Democratic Vice President Joe Biden, reports Seth Richardson. Borges said he understood why people were mad at him, but they will regret supporting Trump.

The sign of four: DeWine signed four bills on Friday, including:

– A “Religious Freedom” bill for students, which also partially restores recent cuts in government funding for dozen of K-12 districts across the state. Tobias has the details of which districts will benefit from the new law.

Legislation to provide $ 350 million in coronavirus aid to local governments and re-approve $ 1.2 billion in government construction project spending. Pelzer learned more about this, as well as two additional measures that expand Medicaid’s services to pregnant women and anti-smoking efforts, and require childcare workers to inform parents of violations that put their children at risk.

Seeing red: DeWine issued a statement on Friday expressing his “disgust and anger” over the recent vandalism against the Ohio Statehouse via Tobias. Protesters painted red handprints and the phrase “Hands up don’t shoot” on the Ohio Statehouse the day before. The move prompted House Speaker Larry Householder, chairman of the Capitol Square Review Advisory Board, to publicly criticize DeWine and the Ohio State Highway Patrol for failing to do more to defend the statehouse. The patrol is investigating the damage and considering possible charges.

Traffic stalled: New data from the Ohio Department of Transportation shows that traffic has declined across the state, including a drop of nearly half the previous year’s level in the first few weeks of the public health pandemic. The state has been watching mobility data because it can show when a coronavirus spike is coming, reports Laura Hancock.

Salad Bar: With 200 out of 900 Dole employees at a Springfield salad processing facility banned from coming to work if they have coronavirus, the Clark County Combined Health District must decide when they can return. District spokeswoman Emma Smales said Friday she would make determinations based on symptoms. Employees are allowed to have no fever for three days and symptoms to improve dramatically in at least 10 days – usually this means no symptoms. The first cases occurred at the plant in late April, she said.

Make a case: The number of newly reported coronavirus cases rose by 609 to 43,731 from Thursday to Friday, reports Hancock. African Americans, who make up 13% of the population of Ohio, now make up 25% of the cases. As of Sunday, Ohio had 44,808 cases.

Another call to resign: NAACP-Ohio urges Senator Steve Huffman to step down from lawmakers after asking if one reason the “black population” is more likely to get coronavirus is because they don’t Wash your hands too. Huffman is a doctor, although he was fired from his job following the remarks. “Senator Dr. Steven Huffman is one of the reasons African Americans are systematically stereotyped in many hospitals, emergency and private care facilities where doctors, nurses and medical staff believe that African Americans have subpar hygiene practices compared to white European cultures, “the organization said in a statement made on Friday.

The WHO: President Donald Trump may want to withdraw from the World Health Organization in light of the handling of the COVID-19 pandemic, but getting the US out of the Geneva-based organization cannot be done through his say alone. local health experts said Sabrina Eaton.

Bad Cop: Bainbridge Ward Republican MP Dave Joyce supports laws that would make it a crime for federal law enforcement officers to have sex with inmates in their care and claim the encounter was consensual. While this is illegal in Ohio, Joyce said 30 states have not criminalized sexual encounters between officials and people in their custody. “I am proud to be the first Republican in the House to help fund this important piece of legislation, and I urge my Conservative colleagues to join me in increasing accountability in our judicial system,” one reads Statement by Joyce.

RIP: DeWine ordered that flags be removed from U.S. Marine Sgt. Wolfgang Kyle “Wolf” Weninger, a Northeast Ohio native, died in a training accident last week. All U.S. and Ohio flags will hoist half of the staff in public buildings in Geauga County – where Weninger grew up – as well as the Ohio Statehouse, Vern Riffe Center and Rhodes Tower in Columbus, reports Jane Morice. They stay with half the workforce until sunset on the day of Wenger’s funeral.

2. He or an immediate family member does business under Curry, LLC.

3. His investments include stocks in the following Ohio-based companies or companies with a large Ohio presence: Cintas, Honda, Procter & Gamble. (He also announced stakes in Alcatel-Lucent, based in Columbus, France.)

4. His State Representatives Campaign, as well as his previous Congressional campaign, owe him at least $ 1,000.

“America’s history will also be diminished and watered down if it does not contain all of our stories.”

-US Rep. Marcia Fudge, in a comment published on Fortune recognizing June 19 and promoting their bill which would require the blacks’ history to be part of standardized testing.

Note that an earlier version of this post incorrectly mentioned the birthdays of Rep. Juanita Brent and Lawmaker Matt Taylor on Monday. It is not. It has been corrected.