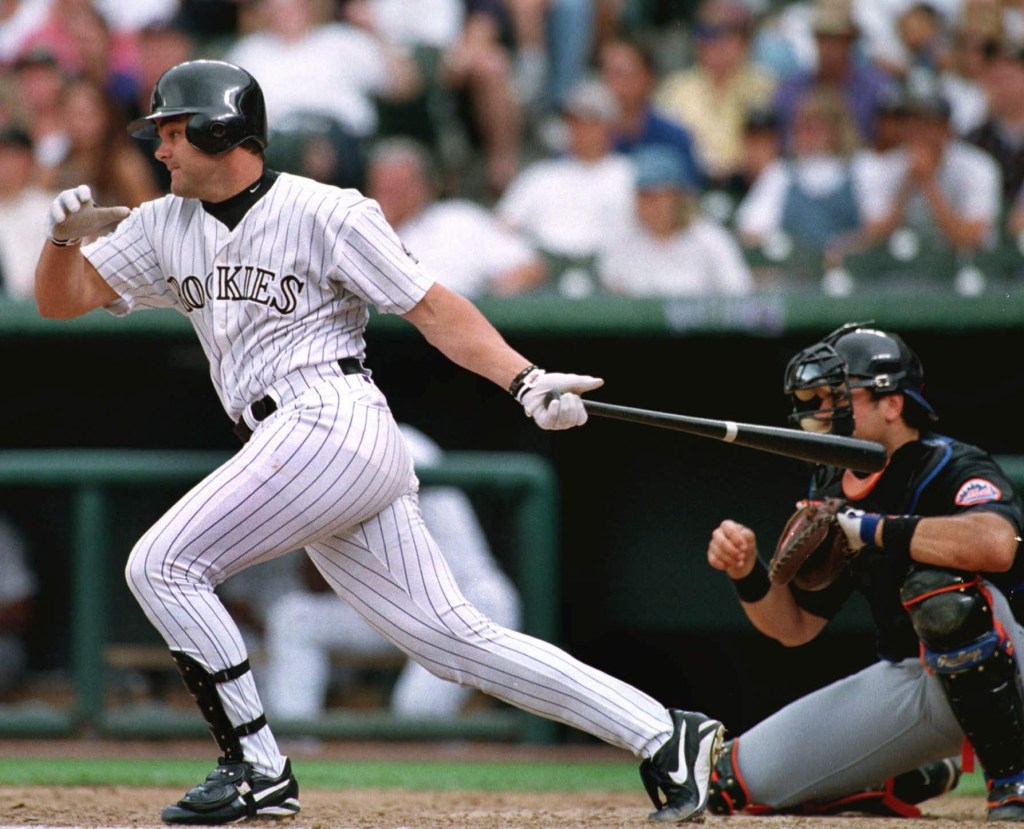 Dante Bichette has some opinions on how to fix the Rockies.

Yes, Bichette now lives in Florida. Yes, his son Bo is an all-star shortstop for the Toronto Blue Jays. And yes, Bichette is a part-time batting instructor for the Blue Jays.

But the former Rockies “sledgehammer” outfielder keeps an eye on the Rockies. Why shouldn’t he? He was a four-time All-Star during his seven seasons in Colorado and carried a hefty .316 batting average. Of his 274 career home runs, 201 Rockies wore purple. Bichette also spent the 2013 season as a hit coach for Colorado.

“I understand the problem of winning here because I’ve lived it. I see, ”said Bichette, who returned to Denver to attend the FanDuel FanFest activities on Sunday at Empower Field at Mile High. “Baseball doesn’t break at home, you get used to a certain pitching style.

“But then you take to the streets and the same guy who didn’t dare throw you a curveball on Coors Field last week suddenly throws curveballs that fall off the table. So you are struggling and it will take you a while to make this adjustment. If you can do it, it’s time to go home. It is a doom-loop.”

Jugs, of course, rotate in the same cycle.

“I mean, Rockies pitchers are working on throwing their breakball at Coors Field, then they go out into the street and suddenly they stab their curveball in the dirt,” he said.

Okay so what’s the solution? How can the Rockies evolve from eternal losers to consistent winners?

“I’ve always felt that the team had to win at home – really big – and that’s what they are doing this season,” he said, knowing that the Rockies are on track to win 54 at Coors Field in 2021. 27 to go. “But you can’t be that bad on the road. You just can’t. At least one has to be able to survive on the street, and they couldn’t do that. “

But Rockies fans who have paid attention this season know all about it. You lived it.

So what’s Bichette’s recipe for success? The 1995 Rockies team. One made it into the playoffs in the third year of the franchise’s existence. The one where Bichette led the National League in home runs (40 in a 144-game season), RBIs (128) and slugging percent (0.620), and finished second to Cincinnati’s Barry Larkin in the NL MVP race.

In 1995, the Rockies hit 66 Road Homers against 134 at Coors Field. That’s still a big difference, but the ’95 playoff team had one more crucial ingredient.

“We’ve had tremendous relief pitching,” Bichette said of the Auxiliary Corps, which posted an ERA of 4.64. “If we had a lead, we kept it. I think there is a formula in this 95 team that can work. “

Bill Schmidt (or whoever becomes the permanent general manager), Dick Monfort, your mission is clear. You need to find a bat (or two) and support this wobbly bullpen. Listen to Dante.