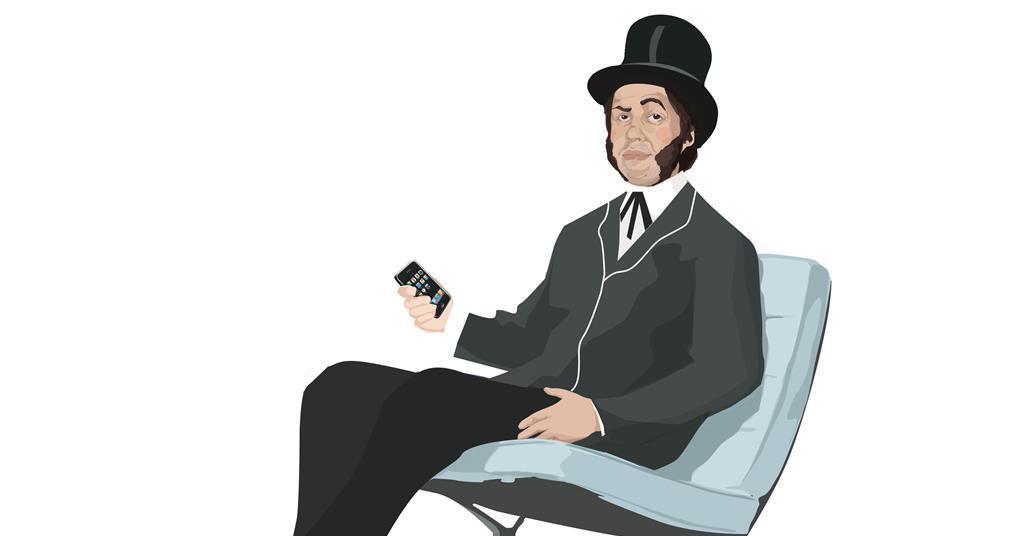 Keep up to date with old news

One of my hacks was a little upset this month when it emerged that a press release from the Department of Enterprise, Energy, and Industrial Strategy (BEIS) on an upcoming government green program didn’t contain a single scrap of new information. The “announcement” as it was described reminded him when the disgraced New Labor spin doctor Jo Moore on the day of the 11th attacks. Perhaps BEIS viewed the 20th anniversary of the attack as a good day to old news to publish. How times have changed

While visiting Wates’ Lucent project in Piccadilly Circus, one of my employees was greeted by a man with a bow tie at the entrance to the site. It turns out the guy in question is called Abdul, who is originally from Afghanistan – which was on the news recently. On the day of my hack’s visit, Abdul was wearing a gold bow tie, but he tells my scribe that it is a different color every day. He sure beats some of the grumpier security guys I’ve been unfortunate enough to run into.

Wates uses Shaftesbury Avenue as an access road for loading and unloading. Everything seems to be working fine, but the road is on a designated route that would be turned over to security if anything should happen to the Queen

Wates sticks to Lucent, which translated means that it shines with light or emits it, and uses Shaftesbury Avenue as an access road for loading and unloading. It all seems to be working fine, but some have a nagging worry in the back of their minds. Apparently the road is on a designated route that would be turned over to security if anything should happen to the Queen – forcing Wates to find another loading point. HRH will be 97 years old by the time Wates is scheduled to complete the contract in late 2023, so it is believed that some at the company will be crossing fingers and toes …

Greens are good for you

Alex Salmond has started another dispute with his former party, the SNP. Salmond, who was Scotland’s first minister for seven years until 2014, considers the cooperation agreement between the SNP and the Scottish Greens from last month to be “student politics disguised as coalition formation”. He added, “If I had put the government in the hands of the Greens, there would be no Forth Crossing and no Aberdeen Western Peripheral Road right now.” Given that Galliford Try lost millions on the former and Galliford Try with Balfour Beatty lost millions more at Aberdeen, there may be two companies that wish the Greens got on board.

In a very entertaining conversation with British Land’s development manager, Nigel Webb, one of my hacks learned that the developer had held a cake-making contest a few years ago. Nothing special I guess, but among the usual entries was one along the lines of 5 Broadgate, better known as the UBS building. I was told it was particularly impressive. Original Broadgate developer Sir Stuart Lipton is not a fan, so it may have been a good job that he was not called up as a judge.

British Land was the developer on the Cheesegrater of course, and over the summer one of my staff had the opportunity to go there while it was quiet and sniff around. And it was also very good – although everything was of course strictly monitored. I was told that the building is a magnet for people significantly younger than me who are trying to get in so they can take their pictures upstairs. I suppose they do that at night, my clerk asked. No, no, on the contrary, came the answer. The youngsters come in during the day and pretend they have a meeting there. Apparently they’re just trying to puff their way through. They should take advantage of that and become journalists instead. 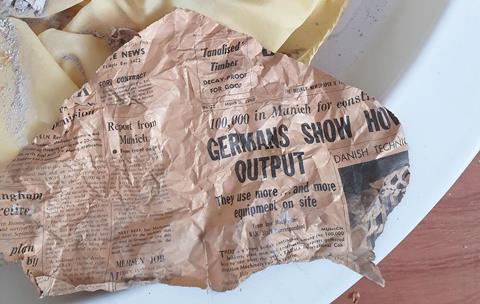 A reader recently posted this crumpled newspaper clipping that was stuffed into a cavity in the wall during a recent bathroom renovation. It has held up well since it is from March 1963. That’s not the only thing that held up well. The headline about the output also seems very timely.