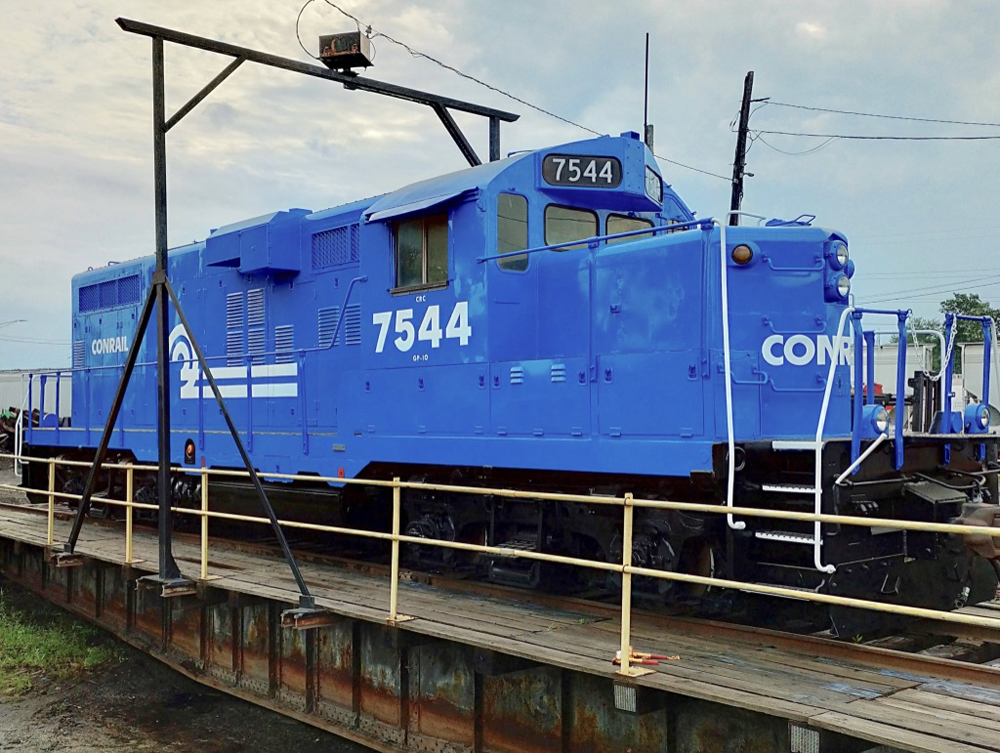 The unit was built in June 1954 as Illinois Central GP9 No. 9037 and subsequently converted to GP10 in the IC / Paducah Capital Overhaul Program in Paducah, Kentucky, and introduced as ICG No. 8008 in 1974. According to Reikamer Jr., President of Cincinnati Scenic, the Cincinnati Scenic Railway subsequently acquired a unit from the museum.

The mechanical work was performed at the Silcot Railway facility in Worthington, Ohio and included work on new main generators, new injectors, traction motors, and minor repairs. The painting was carried out by the Midwest Railway Conservation Society at the former Baltimore & Ohio Roundhouse facility in Cleveland.

CSR Chief Mechanical Officer Scott Jarrett and the Conrail Historical Society have worked to recreate the image of the Conrail GP10. It’s painted as Conrail 7544, a number that was never used on the Conrail GP10 list.

“The locomotive itself is not historic in the Cincinnati area, but the color scheme was chosen to represent a scene that was common in the area in the 1980s,” says Kammer.

Conrail served both short and high hood GP10s, but the low nose 7544 is different from Conrail’s raw hood unit with nose mount headlights which was not a feature of the Conrail unit.

Conrail left the GP10 fleet between 1995 and 1997. Today, many work on short routes, regions and industrial railways.

The railroad has three other EMD products waiting to be repainted or rebuilt. All GP30s have numbers 901 and 902 made from nickel plates and system numbers 6955 from Baltimore & Ohio / Chessy.