Concert Review: The Jonas Brothers’ Remember This tour was a memorable moment for the fans in Cincinnati 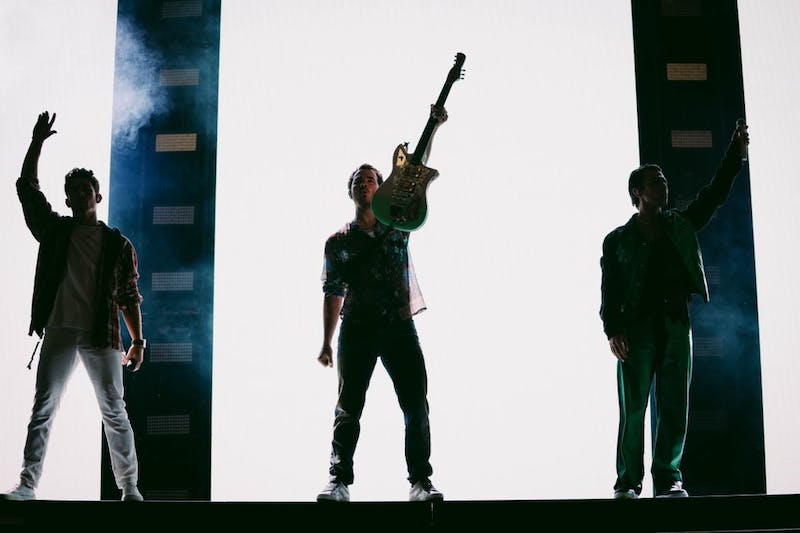 To pump up the crowd, their first opener, Jordan McGraw, and his band played his pop / rock set. His set involved a lot of audience interaction which especially helped get the crowd going on that rainy Tuesday night.

Kelsea Ballerini and her band were next to perform and really enlivened audiences on their long-awaited search for the brothers. She opened with her hit single “Miss Me More” and delighted the audience with her other hits like “Dibs”, “Peter Pan”, “Yeah Boy” and her latest releases “Half of My Hometown”. “And” I stop drinking “.

The audience adored Ballerini for her beautiful singing and bubbly personality. Halfway through her set, she shared a video she made herself auditioning for a Jonas Brothers Meet and Greet in 2008. This video was the icing on the cake for making her performance unforgettable and her fans freaking out.

Now is the moment all fans have been waiting for: The Brothers. Kevin, Joe and Nick started the Remember This Tour with a background video about their most memorable moments and what it means to live in the moment and later remember the good times. They made small videos that were integrated into the entire show and told about their first musical memories.

After the video ended, the brothers opened with their hit song, after which the tour is named, “Remember This”. The crowd went wild in anticipation of what awaited the night. The band continued the concert playing some of their other hits from the past year and a half including “Only Human”, “Leave Before You Love Me”, “Lonely”, “What A Man Gotta Do” and even their two most recent tracks: “Who is on your mind?” And “Grace”.

The brothers also spent all night performing some of their solo pieces. The brothers played the hits from Joe Jonas’ band, “Cake by the Ocean” and “Toothbrush”. Not only was DNCE a treat to hear the hits, but the brothers surprised the audience by playing JinJoo Lee, the DNCE guitarist, with them and playing backup guitar for the rest of their set.

After playing a few more songs, they played a Jonas Brothers version of Nick Jonas’ solo work, performing “Jealous” and “Close,” with Kelsea Ballerini making her second appearance of the night, female vocals in the latter sang.

Memorable moments of the night include when the brothers took the time to thank the audience for being there for them. After thanking them, they opened the back of their piano, which contained a full bar, and then toasted the crowd. At the end of the toast, they sang a very intimate and unplugged version of “When You Look Me In The Eyes” to the audience.

Another unforgettable moment of the night was when the band performed “Burnin ‘Up”. Every fan of the Jonas Brothers knows that Nick’s solo of the lyrics “red dress” has become something of a meme for the Internet community. When that part came up in the song, instead of singing it, he grabbed someone’s sign from the front row that said “red dress” in block letters. The crowd burst out laughing.

All of the appearances were iconic, with the brothers performing a balanced mix of their older music as well as songs released after the band reunited in 2019.

The fans who watch this tour will definitely remember it. All night long the crowd was completely busy and happy to watch the brothers do what they love most. The simple choreography, stylish clothes and synchronized guitar solos were just part of the long list of amazing parts of this concert. Overall, charm, humor and not to forget the talent of the band made the evening a success.