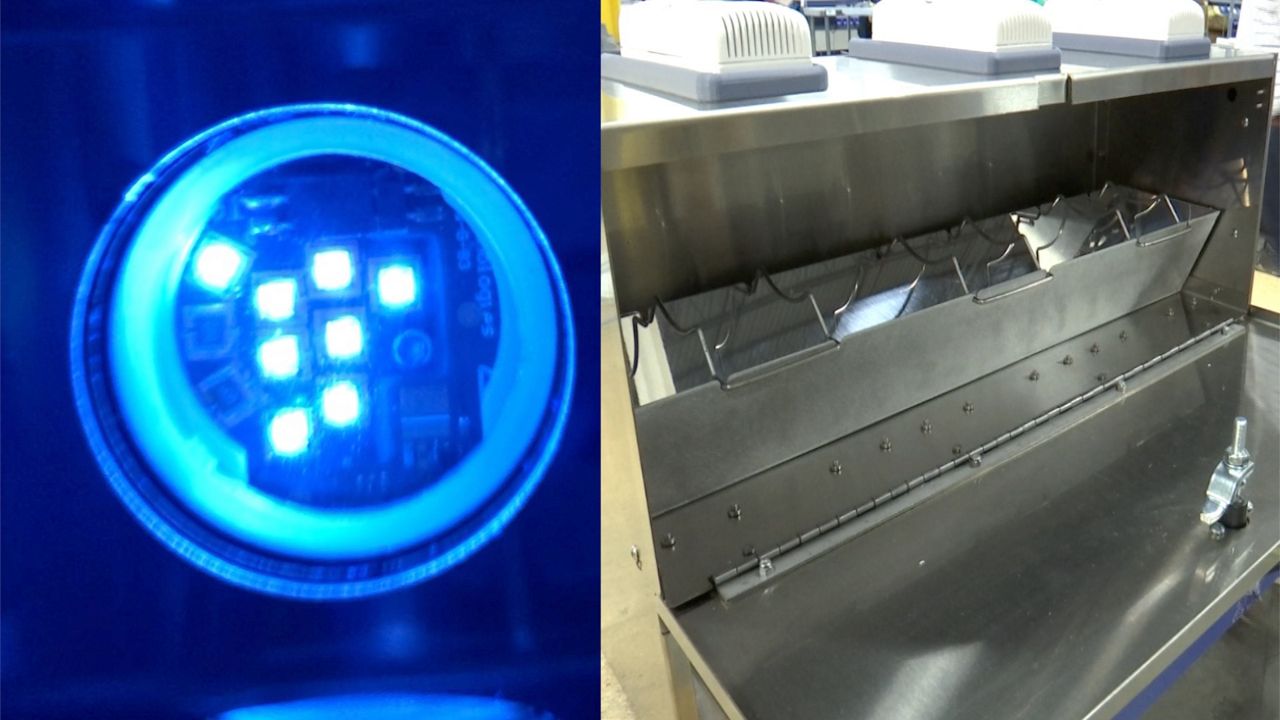 ERLANGER, Ky. – Oliver Lawal frequently travels the world to work. He said that’s probably how he caught the coronavirus.

During his recovery, the northern Kentucky business owner created what he believes can help prevent the spread of COVID-19.

“I actually recovered from COVID (-19). I think I caught it sometime in late February, early March, ”Lawal said.

Like everyone else, Lawal spent two weeks in quarantine at home.

“I know it’s different for everyone. So there was the physical, the fever, the cough, breathing was pretty bad for me and I wasn’t sure what would be my worst day, ”said Lawal.

After falling ill, Lawal said he saw a need to help others.

“As a company leader, you don’t want to react unnecessarily,” said Lawal. “Our core business is good. We have to deal with infection control in water treatment and then I have, but we have a lot of inquiries. Many people come to us and say we can use UV radiation. Please do something for us. “

While he was in quarantine and handling video calls, Lawal drafted a rough design for what he calls the Pearl Surface.

According to Lawal, it is the first UV-C LED disinfection surface for healthcare workers. The company was able to purchase materials from Mazak Corporation in Florence and install UV-C LED systems on a box.

“Go outside for two hours on a really hot day and you will get sunburned,” Lawal said. “That’s what we do, but instead of absorbing sunlight, we create that UV light in LEDs. It’s not in the visible, it’s in the UV, and it’s really, really powerful. “

The light technology enables the reuse of N95 face masks and other PPE.

“Part of it is about whether you have a mask, how you can last it so you can keep your costs in check, or even get it just by extending the life of that PPE,” Lawal said.

According to Lawal, the box can disinfect three N95 masks at the same time in 20 minutes or less. He added that the technology can also be used on high-touch surfaces such as phones, tables or keys.

The big change from Invincible made Cecil even darker