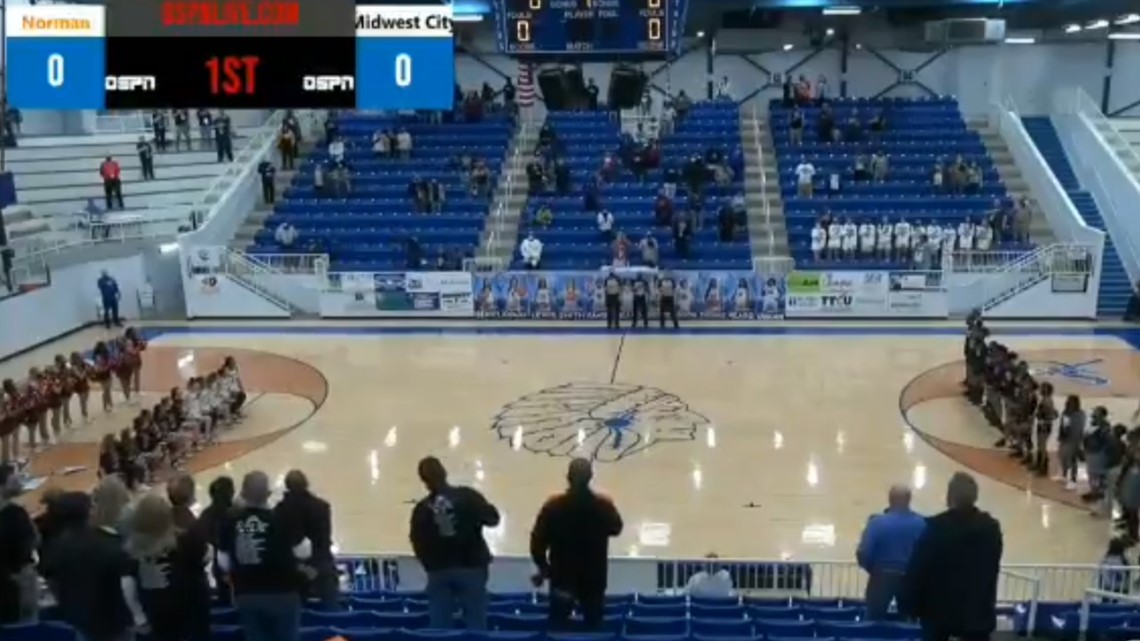 Last week, during an Oklahoma high school girls basketball game in Oklahoma, an announcer used a saying and a nickname when the Norman girls knelt during the national anthem.

NORMAN, Oklahoma – Everyone is watching and listening. The microphone is always on.

Last week, during a girls’ basketball game in Oklahoma high school between Midwest City and Norman, a transmitter named Matt Rowan, unaware that his microphone was on, was using a spell and then a nickname, as the Norman girls used during the National anthem knelt.

“Are you kneeling? [Expletive] You. I hope Norman gets hers [expletive] kicked … [Expletive] [epithet]. ”

This isn’t the first time a broadcaster has been fooled by a hot microphone situation, as only last year Thom Brennaman, officially a member of the Cincinnati Reds broadcasting team, used an anti-gay bow that went on air during the alleged one commercial break.

The people we put in these positions, people who have voices and can influence others, cannot think that way. This situation in Oklahoma high school is just one example of what everyone sees in life today. You must be aware that your “microphone” is always on.

The Norman girls won the 6A state championship on Saturday. a fitting end to an otherwise long couple of days. Respect for your team.

I’m not a fan of the demolition culture, so I believe Mr Rowan should learn from this situation. It shouldn’t be canceled.

But players kneel because of such things.

It was never about the flag or the military, it is just a peaceful, stress in a peaceful way to show that we don’t agree with the inequalities of social justice that many people in this country face.

Here, too, our microphones are always switched on. We need to make sure we use them with respect and grace.

So I’m going to ask: how are you going to use yours?

RELATED: Jake’s Take: Nuggets May Run In The Second Half With A Healthy Squad

Kroger is deeply committed to growing the home delivery business