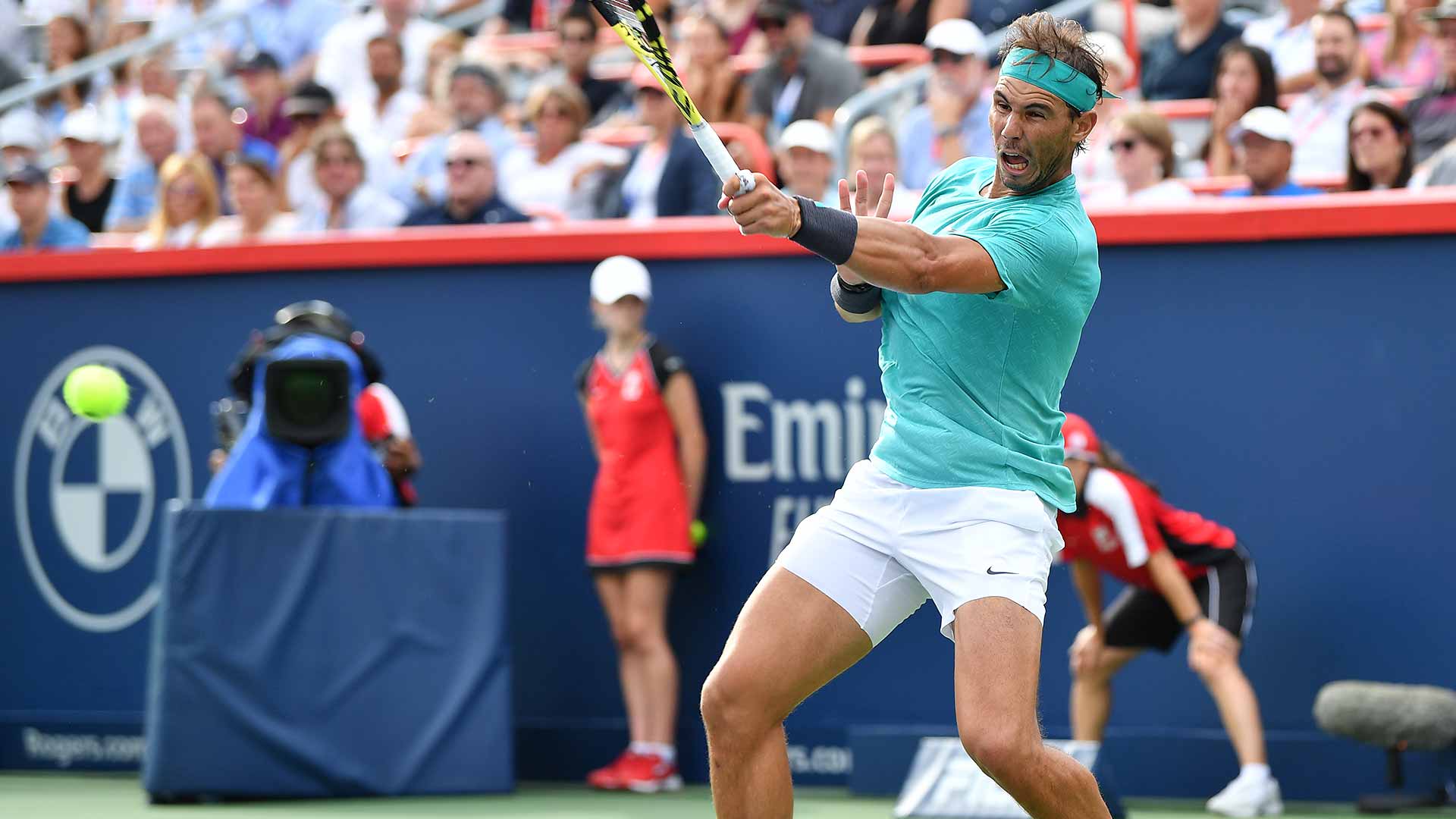 Rafael Nadal will miss the Western & Southern Open in Cincinnati.

The Spaniard won his 35th ATP Masters 1000 title in Montreal

Rafael Nadal’s hunt for a 36th ATP Masters 1000 title has to wait. The Spaniard withdrew from the Western & Southern Open on Sunday, pointing to fatigue after winning his record-breaking 35th Masters 1000 title at the Coupe Rogers in Montreal.

More #ATP News
Nadal rolls for the 35th ATP Masters 1000 title in Montreal
Nadal overtakes Djokovic for first place in the ATP race to London
Review of 2019 #CoupeRogers
Who can stop the big three? Djokovic looks at top candidates

The 33-year-old leads the ATP Tour with 41 (41-6) wins this season and takes first place in the ATP Race To London, an indicator that will end the year No. 1. Nadal has three tour-level titles this year (Rome, Roland Garros). He will next compete in the fourth and final Grand Slam of the season, the US Open, which begins on August 26th.

Bianca Andreescu has also retired due to a change in the schedule. We wish you both all the best and hope to see you again next year. pic.twitter.com/lVQmgVmeqb