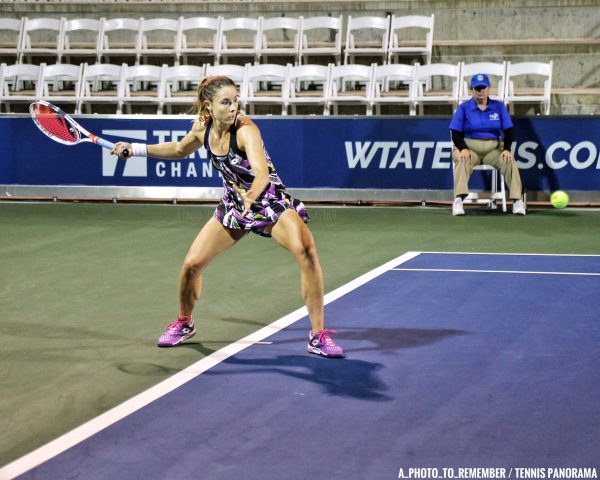 The two best seeds in the women’s draw, Pliskova and Kenin lots

(23 August 2020) The two best female seeds are already in Western & Southern Open, played at the US Open.

Unseed Russian Veronika Kudermetova had a best career win when she defeated the top seed and number 3 in the world Karolina Pliskova the Czech Republic 7-5, 6-4 on Sunday evening.

The world number 41 rebounded 4-1 in the first set and won the last three games of the game to claim victory over the top seed and advance to the third round.

“I tried not to think about the score. I tried to fight, tried to keep playing like any ball, tried to enjoy the way I play against first-line players in the big stadium, ”said Kudermetova in her press conference.

“I know she’s really a good player. I just have to keep working at every point. I have a good chance because I play yesterday. She just played the first match.

“I feel a little better than her. I think it was maybe a little key to this match. “

This was her third career win against a top 10 player. She beat Belinda Bencic in Wuhan and Elina Svitolina in her home country in Moscow.

“She’s played a few games already, a few tournaments,” noted Pliskova. “I think she has played in Europe before, I think Prague or something.

“I thought I actually got off to a good start. She was very much missing. I think it improved during the game, during the first set, and I only got a few points here and there.

“I think the first sentence should serve me much better. I actually thought I had a lot of mistakes on my return. Of course she played well. I thought she would just do it.

“She won a pretty tough game in the first round so I think she definitely had nothing to lose today. She played free. She played pretty good tennis. But it wasn’t that I couldn’t win this match.

“It felt good now,” added the Russian. “I can measure myself against the best players. And today I win. I’m really happy. “This is only Kudermetova’s second appearance at the Western & Southern Open.

“At one point in the game it became a nightmare,” said Cornet. “Because I was in control, I played so well. I used the tactic perfectly. I played good tennis, no mistakes. Everything went fine. 6-1, 5-2, 40-15.

“And suddenly I don’t know what happened, she saved the match point and then I got tight. I started making mistakes twice. I started not releasing my forehand because my forehand was really shaky.

“Yeah, it turned around because she’s a great player. She is a Grand Slam winner. She didn’t let go of her chance.

“But what I’m really proud of is my resilience. You know I stayed in the fight. I tied it and ended up winning the match.

“It wasn’t easy,” said American Kenin. “Obviously it didn’t feel like I had a rhythm. I don’t know why I allowed this to happen. I felt like I was playing well.

“Of course she played well, so I don’t take any credits from her. I literally couldn’t feel the ball, like literally two sentences. I don’t even know how I got back to be honest. I just didn’t feel my game at all today. “

Cornet will next play either against two-time Australian Open champion Victoria Azarenka or against Caroline Garcia.