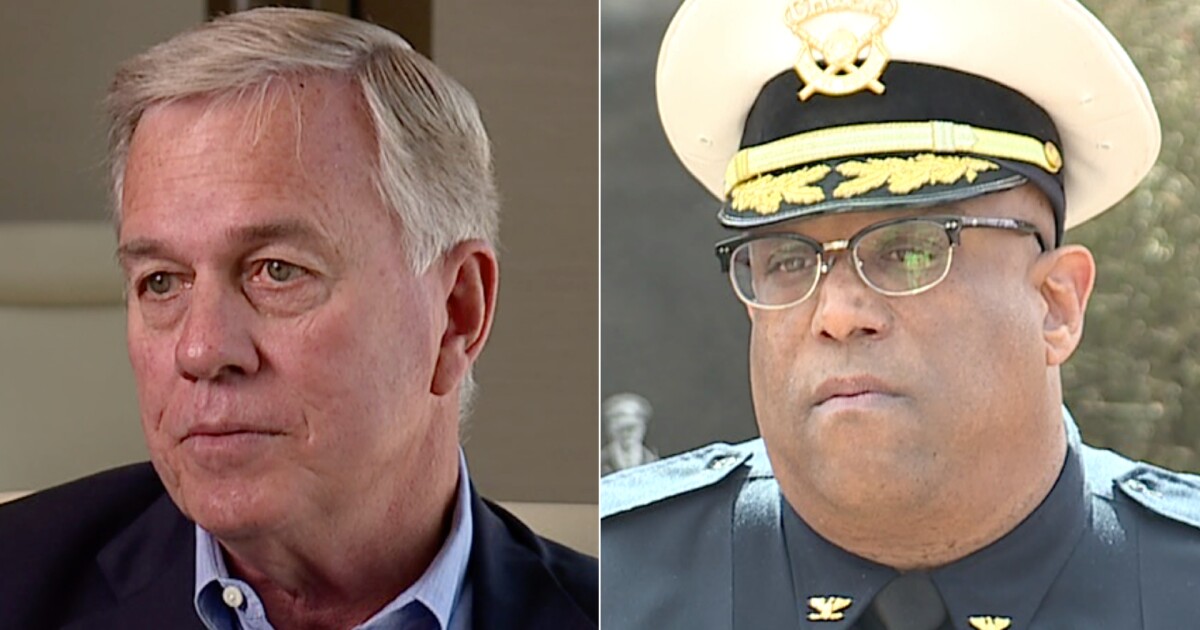 Twenty years ago, in the early morning hours of April 7, 2001, Cincinnati police officer Stephen Roach shot and killed 19-year-old Timothy Thomas in an alley over the Rhine. Thomas was the 15th black man to be killed by police since 1995, and his death sparked days of unrest that highlighted a deep rift between Cincinnati’s black community and the police. This distrust, along with legal proceedings accusing the division of a decades-long history of race profiling, helped shape the cooperation agreement. We hope our coverage online, on the air, and on all streaming platforms will start a conversation about what led to the riot, what has happened since, and what work remains to be done.

CINCINNATI – Tom Streicher was Cincinnati’s police chief on April 7, 2001, when one of his officers followed a 19-year-old black man down a street in the Rhine and finally opened fire.

But when the fatal shots took place in the early hours of Saturday morning, Streicher wasn’t in Cincinnati: he was in Chicago for a convention and wouldn’t find out what had happened until more than a day later.

“I was thinking of a message to leave (the head of detectives) so I called him. It’s 10:10 on a Sunday morning and he answered the phone. ‘Vince, what the hell are you doing in the office ? ‘He says,’ You don’t know? ‘ “

When Streicher returned home later that day, he found a town on the brink of civil unrest. His detectives informed him why they knew why it was then. Stephen Roach opened fire on 19-year-old Timothy Thomas in an OTR alley and fatally shot him in the chest.

It would be at least another day before CPD called a press conference to brief the public about what had happened. Streicher and his current counterpart, Chief Elliot Isaac, agree that this has kept getting worse.

“(My captains) described to me that Roach is confused and mumbling the same thing over and over,” he said, remembering the description of Roach’s officers in the moments after the shooting. Roach had initially said that his “gun just went off”.

Former Cincinnati Police Chief Tom Streicher spoke to WCPO in the days leading up to the 20th anniversary of Timothy Thomas’ death.

“But he and the lawyer went into the conference room and stayed there for an hour,” Streicher continued. “And after he was there, he came out, was no longer confused. He was very confident in himself and made the statement that this boy was [Thomas] reached into his pants, pulled out an object, and confronted him. “

Shortly before the shooting, Streicher had some police cruisers equipped with dashboard-mounted cameras. He asked his detectives to examine recent footage and then they found something they weren’t expecting.

One of the cameras had captured the entire fatal exchange.

“I said, ‘How close is it to the version of what the officer said?’ And I’ll never forget that: He said, ‘It’s not even in the same universe.’ “

Streicher said he asked for clarification to make sure he heard correctly. His detective repeated, “Not even in the same universe.”

Things still didn’t add up, Streicher said: Further examination of the alley where Thomas died revealed no object – not even a cell phone – that was normally not in an alley or that Thomas could have pulled from his belt. 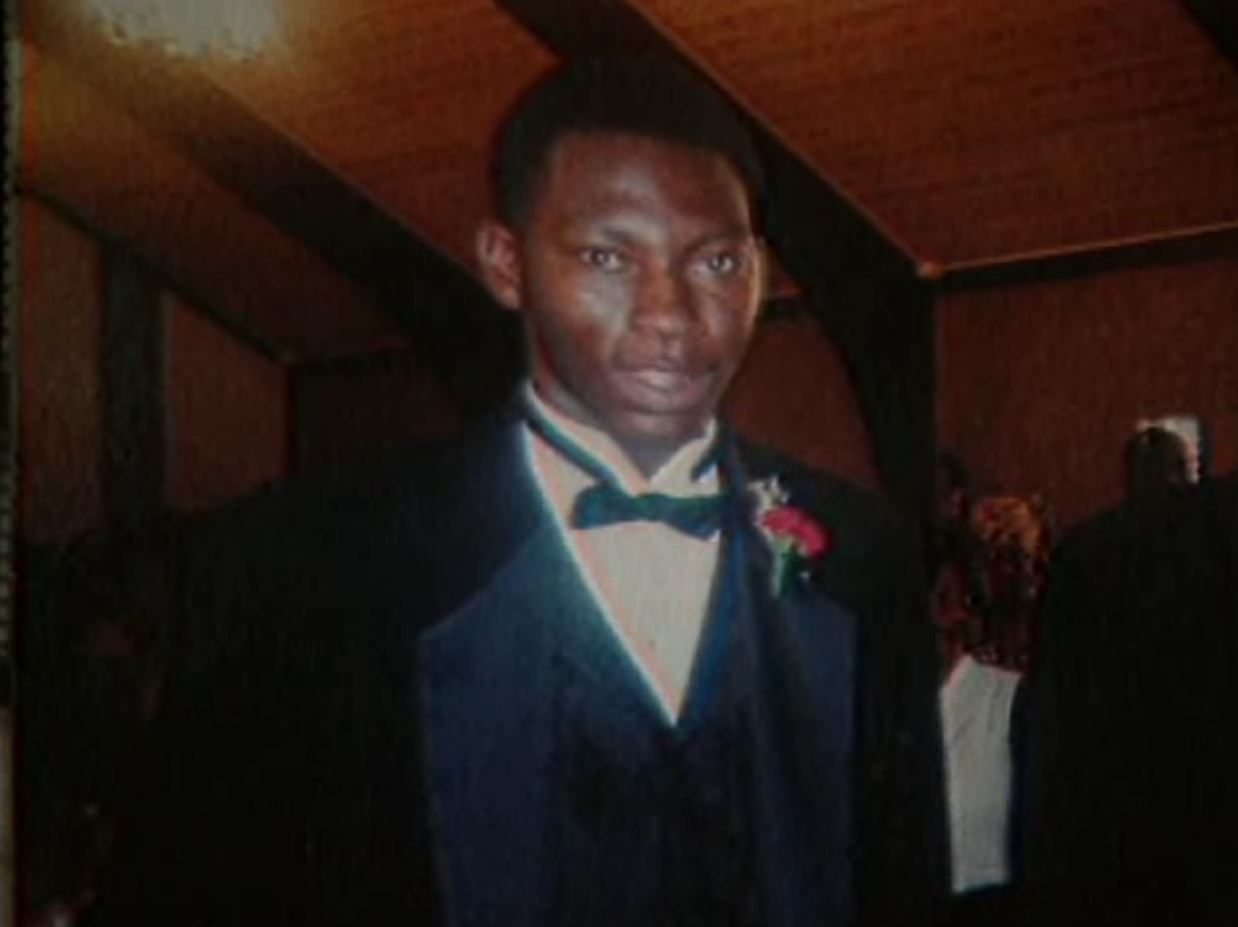 “You could see that the claim he made was that he faced, challenged, dropped, dropped, stopped, all of those classic things that officers say none of it happened,” Streicher said.

When detectives questioned Roach again, Streicher recalled the officer “becoming more and more adamant” about his account that Thomas jumped out, reached into his belt, and pulled something out.

“He sat down on the chair. He had his fists on the table,” said Streicher. “He actually got to the point that he was arrogant about it.”

When Detectives finally showed Roach the dashcam footage, Streicher said, “You could see the paint running off his face. He bowed his head and started crying.”

In the months that followed, prosecutors set up a criminal case against Roach, but a jury ultimately found him not guilty.

Streicher said he was “extremely shocked” by the verdict.

Almost 15 years before Isaac became the current division head, Isaac was working in the internal affairs division. While Thomas’ death is widely viewed as the catalyst that started the unrest, Isaac’s work at the time showed that the teen was just the latest in an alarming trend that is undermining trust between the CPD and black communities.

In the six years before the shooting over the Rhine, 15 black men had died by the Cincinnati police. 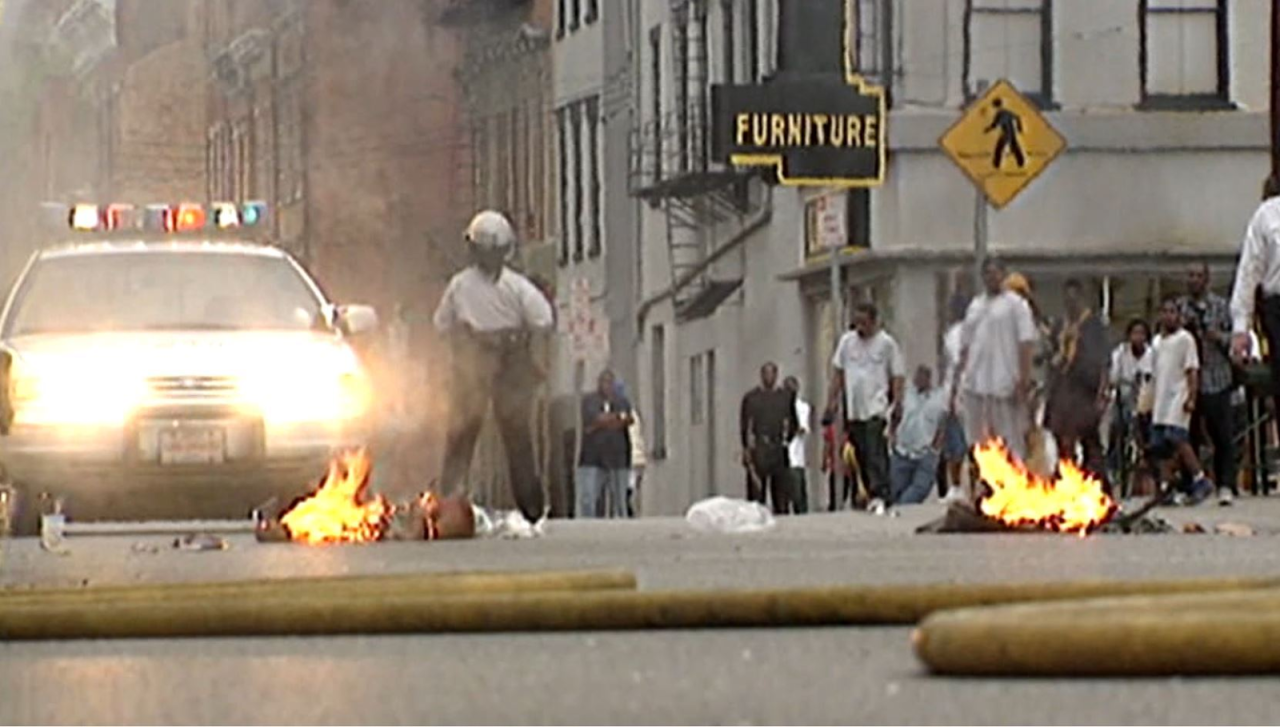 Small fires burned in the streets of Downtown and Over-the-Rhine during the riots following the death of Timothy Thomas, April 9-13, 2001.

“We had had a number of officer shootings and many of them were unarmed young black men and the community was very upset about it,” said Isaac. “I remember 2001 when the death of Timothy Thomas took place, just boiling over.”

When Isaac spoke to WCPO in March, he pondered his dual identities as a black and senior cop.

“There is definitely something worrying when I see a community in such great pain, a community that looks like me, a community of people I know, have relationships with, and see their concern and outrage over these incidents … you must be concerned, “he said.

“When you feel like you are not being told the truth”

Thomas’s death also catalyzed the now nationally recognized collaboration agreement between the city of Cincinnati, the police union, the Black United Front, and the American Civil Liberties Union of Ohio to address the department’s historically strained and deadly relationship with the city’s black communities.

“(Q) First and foremost, it has created the value of our relationship with the community, particularly community and problem policing where we recognize that the police and the community can work together to solve problems in our neighborhood,” said Isaac.

Transparency – especially when using cruiser and body cameras, as well as addressing the media at the scene of a dispute – was one of the main benefits of the agreement, which both Isaac and his predecessor agreed to. 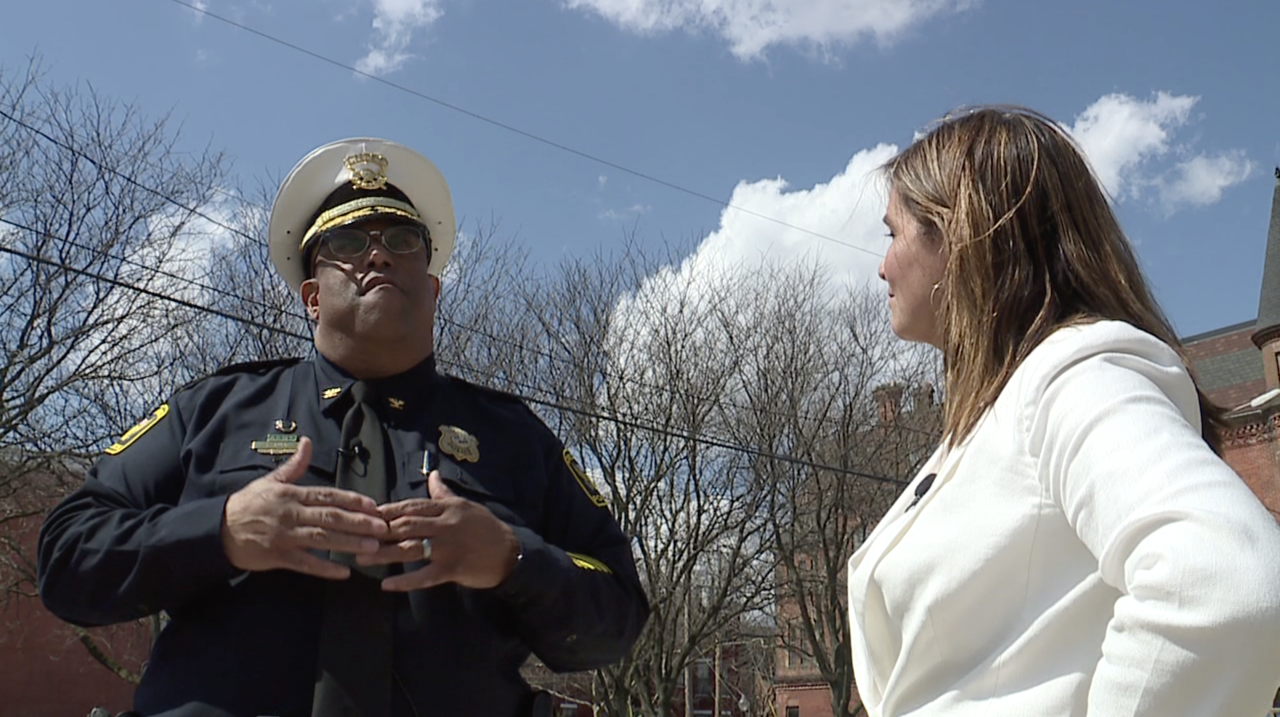 “Because of the mistakes of not addressing this from the start on the night it occurred, not speaking to the media, not speaking, and being open and frank, we were able to have none at that point Role played. We were suspected of hiding something, “said Streicher. “It wasn’t a cover-up. It was a very active investigation.”

Streicher recalled that on the Monday after Thomas’ death – almost three days later – CPD had not held a press conference to inform the public.

“At this point there is nothing you can do to avoid allegations of a cover-up,” he said.

Isaac said that there is no faster way to undermine residents’ trust and that the solution for him is to trust people’s ability to understand.

“As quickly as we can get accurate information about what we have, let’s try to get that information back as quickly as possible,” said Isaac. “I think it builds that relationship. It builds trust.

“One of the things I’ve learned is that the community can understand when we make a mistake. They can even understand when an officer does something wrong. What they can’t understand and what they won’t tolerate is when they feel like they ‘The truth is not being told. “

Listen to the full conversation on the podcast player above.

According to Science News, carbon dioxide levels will hit a record high in 2020 despite lockdown