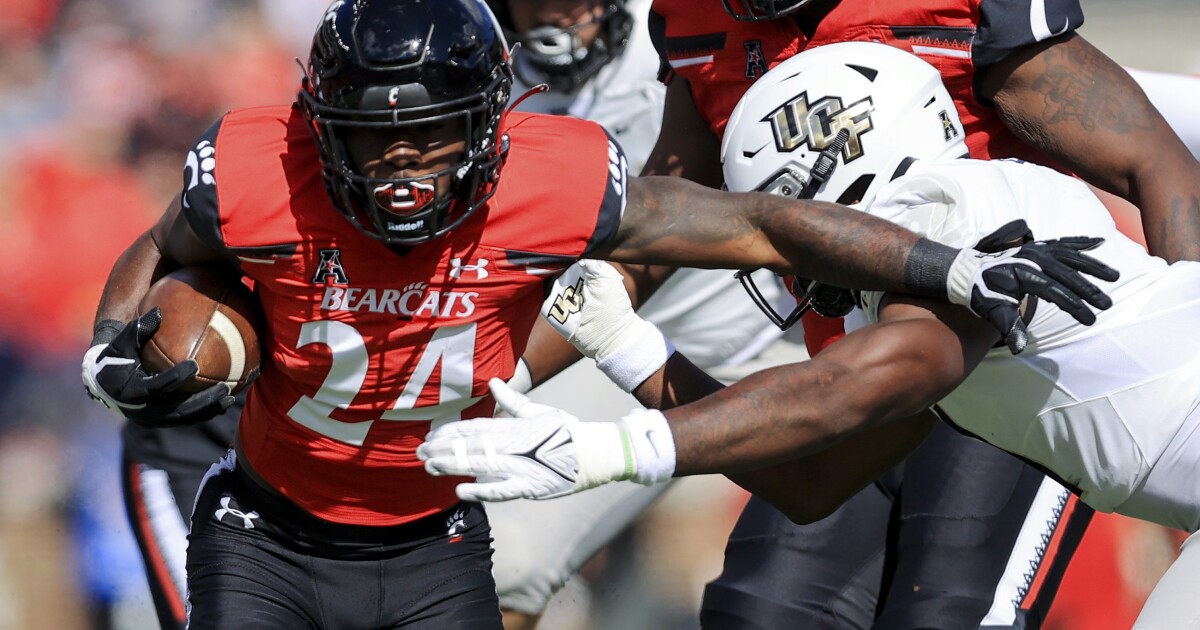 CINCINNATI – The University of Cincinnati ranked # 2 in the latest Associated Press college football poll, the highest ranking in program history.

Cincinnati are 6-0 for the second season in a row and beat the University of Central Florida 56:21 at home on Saturday. Jerome Ford finished with four roaring touchdowns, while quarterback Desmond Ridder passed 140 yards and one touchdown to extend the nation’s second-longest home winning streak to 24 games. The game marked the first time in school history that the Bearcats scored 50 or more points in consecutive games.

UC’s jump in the rankings was also partly due to Iowa’s 24-7 loss to Purdue on Saturday. The Hawkeyes dropped to 11th place in Sunday’s poll, while Purdue entered the top 25 for the first time in more than a decade. The Bearcats lag behind Georgia’s unanimous number 1, while Oklahoma, Alabama and Ohio State fill the top 5.

Cincinnati’s # 2 rank is the first time since 2010 that a team from outside the Power Five conferences was ranked this high, with the TCU finishing second as a member of Mountain West and Boise State spending three weeks in second, while she was a member of the Western Athletic Conference.

The Bearcats play for Navy and Tulane for the next two weeks before returning home to Tulsa on November 6th. UC will play another regular season home game against SMU on November 20th.