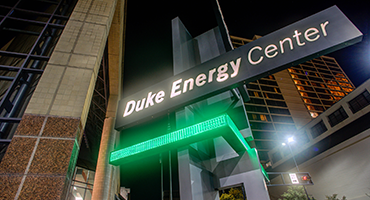 Hamilton County’s commissioner Todd Portune said an expansion of the Duke Energy Convention Center in Cincinnati will be an important point this year. Portune called for the upgrade at the Cincinnati USA Convention & Visitor Bureau’s annual meeting yesterday.

“As President of the Hamilton County Board of Commissioners, I urge my fellow commissioners to join me in expanding the Convention Center in ways that make sense for the county, city and country taxpayers,” Portune said at the event .

“Some of the groups that were Cincinnati mainstays have outgrown the Duke Energy Convention Center,” said Jim McGraw, the newly elected chairman of the CVB board of directors. “A larger center would allow our region to hold more meetings and to cater to larger meetings, conventions and trade shows that we cannot host today.” This would also pave the way for multiple meetings to be hosted at the same time, added Dan Lincoln, President and CEO of CVB.

Based on research by several specialized firms, the Cincinnati Convention Center would require approximately 100,000 additional square feet of exhibition space and a new headquarters hotel to compete more effectively with similar destinations. Such an expansion project would result in more than 700 new permanent jobs, more than $ 7.5 million in new annual tax revenue, and an additional $ 26.4 million in annual visitor spending, according to the University of Cincinnati Business Center.

Tourism currently brings in 24 million visitors and $ 4.4 billion to the city annually, based on data from the Convention and Visitors Bureau.

Steve Stewart: Back to First Place for Kentucky Democrats | opinion

Looking for some Halloween fun in Northern Kentucky?