Cincinnati FC give Toronto FC their fifth setback in a row 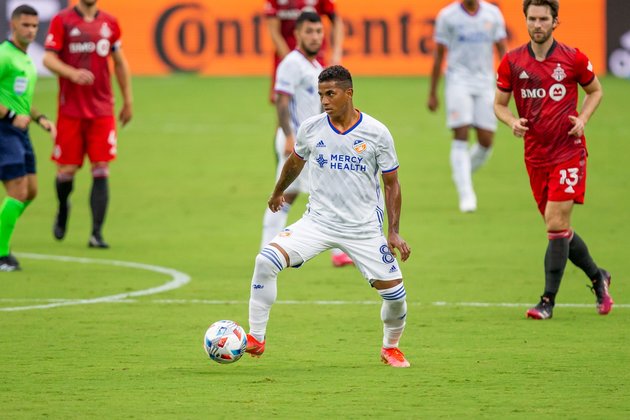 Allan Cruz and Luciano Acosta scored the goals when Cincinnati FC beat Toronto FC 2-0 away in Orlando, Florida on Saturday.

Cincinnati FC (3-5-1, 10 points) celebrated their second straight win and third straight win on the road. All of Cincinnati’s 10 points this season come from street games as the team have become somewhat unlikely street warriors after winning just four away games in their first two MLS seasons.

Toronto FC (1-7-2, 5 points) hits the other way and loses the fifth game in a row. Toronto last had a losing streak of five games in the 2013 season.

Cincinnati took just four minutes to score and benefited from sloppy Toronto FC sales at the bottom of the field. Isaac Atanga threaded a beautiful pass in the middle to Cruz, who buried the shot for his first goal of the season.

Toronto had two best chances to equalize in the first half. A close-range header from Marky Delgado was stopped by goalkeeper Kenneth Vermeer in the 18th minute, while Patrick Mullins shot a shot just wide of the post in the 35th minute.

Although Cincinnati FC focused mainly on defensive tactics in the second half to maintain the lead, a brilliant moment from Acosta secured victory in the 68th minute.

With a pass just outside Toronto FC’s box, Acosta created just enough room to throw a perfectly placed curling shot into the net. It was Acosta’s second goal of the season and his first since Cincinnati’s season opener on April 17th.

Vermeer only had to make one save for his second shutout in a row. Cincinnati FC shot Toronto 10-3 behind and 4-1 in shots on goal.

Toronto FC allowed multiple goals for the seventh time in 10 games this season. Toronto entered the action on Saturday with a league high of 18 goals conceded.