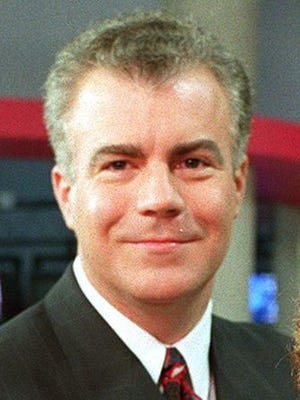 NEW::Nick Clooney, former WKRC Local 12 presenter, of Sinclair: “I have no idea what these people do for a living, but it’s not news.”

“Creepy, cultic and much too propagandistic for my taste,” tweeted the Democrat over the weekend. “As I said, I love many of the individual employees of Channel 12 – but the direction of their property, @WeAreSinclair, is deeply troubling and will prevent me from supporting their revenue streams by being a viewer.”

Channel 12 did not respond to a request for comment.

As the New York Times reported:

Despite being the largest broadcaster in the country, Sinclair is not a household name and viewers may not know who their local news channel belongs to. Critics have accused the company of using its stations to advance a mostly right-wing agenda. …

Sinclair regularly broadcasts video segments to the stations that it owns. These are known as “must-runs” and may include content such as terrorism news updates, commentators speaking in support of President Trump …

Read a copy of the full script here

Some members of the Greater Cincinnati Politics Facebook group called for a boycott of Sinclair.

President Trump himself tweeted about the controversy on Monday, defending Sinclair.

The stock of Cincinnati Financial Corp. rises on Thursday and continues to lag the market

Athletics Colonels compete at the Oliver Nikoloff Invitational in Cincinnati