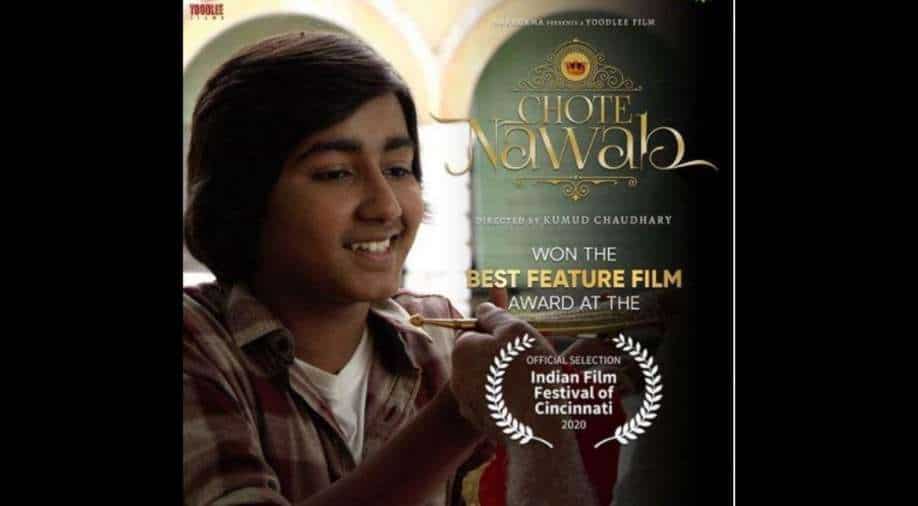 “Chote Nawab”, a piece of life, conquers the festival circle even before its release. It was screened at the Cincinnati Indian Film Festival, which ended on November 1 and won the 2020 Best Feature Film Award.

The film stars Akshay Oberoi (‘Gurgaon’, ‘Kaalakaandi’), Plabita Borthakur (‘Lipstick under my Burkha’) and Svar Kamble (‘Chef’) trace the story of 13-year-old Junaid from Great Britain. who visits his ancestral Nawabi Haveli in Lucknow. The onslaught of colliding experiences at a family wedding and a brush full of love and heartbreak that has a lasting effect on his psyche – take the audience on a roller coaster ride. How he begins to notice patriarchal patterns and to question and defy them makes up for the rest of the narrative.

The project is led by Kumud Chaudhary, a renowned documentary filmmaker and National Film Award-winning producer. Commenting on the awards, she said: “I am thrilled that the film was seen and appreciated by a diverse audience, including the Indian diaspora, at the festival. ‘Chote Nawab’ is about the friction between tradition and change and is a story that is universal in its scope and appeal. I am glad that it brings home a prestigious award. ”

For the uninitiated, the Indian Film Festival of Cincinnati is the only event of its kind in Ohio. The festival is organized and hosted by the cities of the Indian Cincinnati sister in cooperation with the art museum. It shows premieres of feature films, documentaries and short films that were shot on the South Asian subcontinent or its people.

This Yoodlee Films production is set in Lucknow, India.

The tweet from the chairman of the Democratic Party of Ky. From Ky. Republicans blown up Kentucky