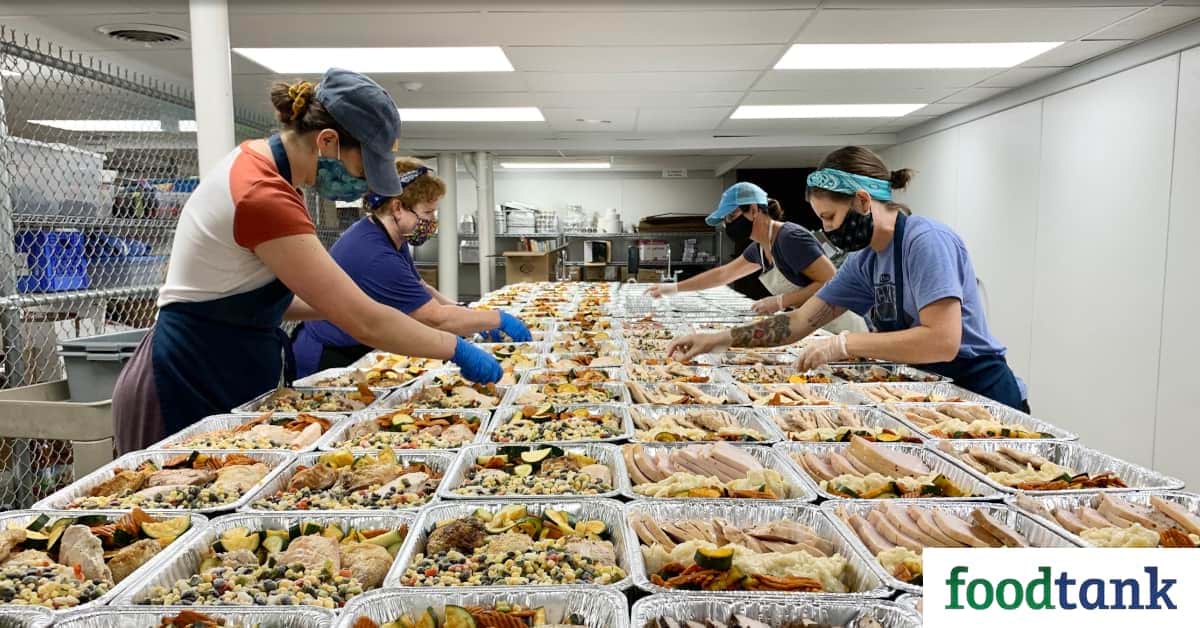 La Soupe, a nonprofit in Cincinnati, Ohio, works to fight hunger by turning food waste into meals for those in need.

Founded in 2014 by Chef Suzy DeYoung, La Soupe works with grocers, vendors, farmers and restaurants who donate food that would otherwise be wasted and make soup to feed people with food insecurity.

“Our society is based on the expectation that our stores should always be filled with every possible variation of every ingredient,” DeYoung told Food Tank. She explains that while grocers do their best to minimize waste while meeting consumer demand, they are still forced to toss food.

La Soupe helps save food by sending volunteers to their partners when they report a surplus. Chefs then turn the salvaged ingredients into soup, which DeYoung regards as “one of the most universal comfort foods” that “is almost impossible for one person to prepare”.

Meals are being distributed by more volunteers to over 100 partner pantries and other agencies across Cincinnati. As part of their Bucket Brigade program, they also work with local chefs who rescue produce from their own restaurants and La Soupe to turn into meals.

The organization has saved 907,000 kilograms of food, donated 1,200 million servings to agencies, and has made 733,661 servings by local chefs since it opened.

Not only does La Soupe share meals, it also shares its knowledge. According to a study published in the American Journal of Agricultural Economics, the average American household spends $ 1,866 annually on food that is wasted. La Soup works to provide culinary education through its Give a Crock Cooking Classes and Cooking Improv, which offer classes to help people avoid food waste at home.

Influenced by her father and grandfather – both chefs who experienced the world wars – DeYoung regards food waste and hunger as war. In this way she says, “It will get the attention it deserves and we can win” because it “brings immediacy and a call to action, and that’s what we need now.”

To support this fight, La Soupe also launched the Community Kitchen Program in 2020 to combat the higher rates of food insecurity caused by COVID-19. The program works with restaurants to employ chefs and staff who use their expertise to save more food and prepare more meals. To date, they have made over 640,000 servings and given over $ 615,000 to the restaurant community.

DeYoung says the pandemic also increased demand for their services and changed the way they work. Volunteers have not been able to return at maximum capacity and some of their cooking classes are virtual. Fortunately, the Community Kitchen Program was able to work with restaurants across town to expand their reach.

DeYoung told Food Tank that “it will take a long way in systemic change to address this inequality” and address the hunger crisis, but she looks forward to continuing to do whatever it takes to feed her community.