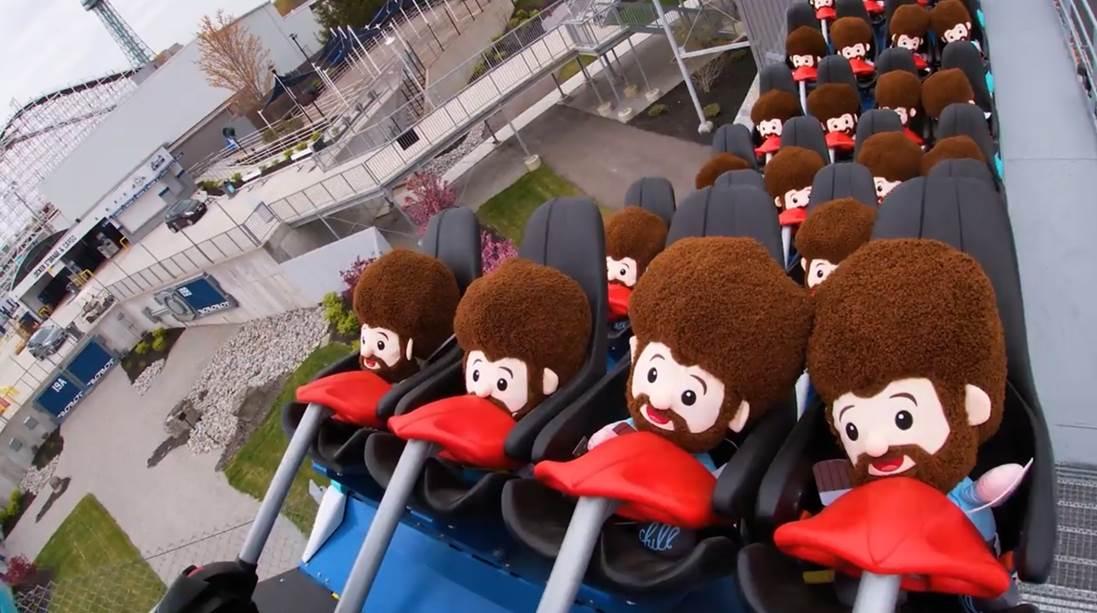 Cincinnati – Some Bob Ross plush dolls got their first dibs while riding a roller coaster, which makes for a cute video.

Ross hosted the art educational show “The Joy of Painting” on PBS in the 1980s and 1990s, which took viewers on a journey through his artistic journeys. Since his death in 1995, Ross’ celebrity status has only grown within pop culture and the online community.

Kings Island amusement park, near Cincinnati, Ohio, doesn’t open until May 15, but that didn’t stop her testing out her new Orion giga coaster this week with dolls resembling the famous art teacher.

The ride was TODAY voted “Best New Amusement Park Attraction” by the USA TODAY. The coaster takes the dolls down a 300-foot slope before sending them on a high-speed journey over seven other hills at speeds of up to 91 miles per hour.

None of the dolls were injured while driving.

20 New Restaurants and Bars That Opened in Cincinnati This Winter