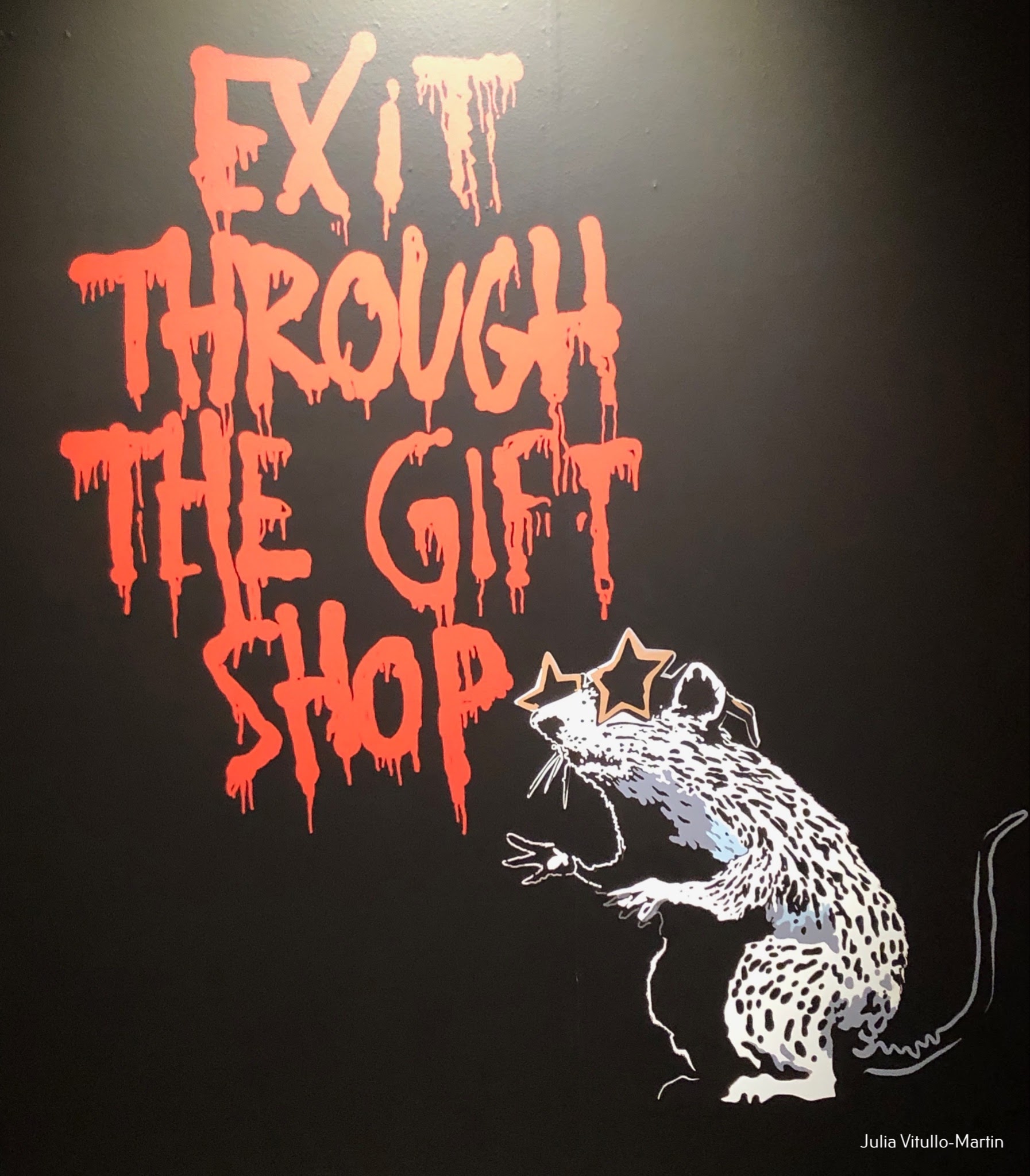 From the exhibition “Genius or Vandal” to Banksy (Photo: Julia Vitullo-Martin)

How many of Banksy’s drawings is Fever’s “Banksy: Genius or Vandal?” is a title that hits its subject on the head. This remarkable exhibition should go down well with New Yorkers, as the controversy over contemporary art and vandalism began in New York in the 1960s. (There are those who argue that graffiti dates back to the Paleolithic Lascaux cave paintings in southwestern France, but we’ll put that aside.)

Much early subway art or vandalism was gross and grumpy – Mayor John Lindsay, for example, loathed the mark and vowed to wipe it off the IRT’s face. But tagging soon evolved to a much higher level. In the 1970s, African American and Latin American writers and artists, many from the Bronx and north Manhattan, began painting subway cars with intricate paintings, made possible by the popular aerosol can. The painted cars, intended to be viewed in motion, sped through the train stations, baffling and often annoying commuters. What many commentators refer to as subway art took off seriously during the New York financial crisis. The MTA shipyards were virtually unpatrolled, and teams of writers painted freely, creating the culmination of what historian Martha Cooper called “outlaw art.”

Banksy’s local stay
Born in Bristol, England in 1974, Banksy clearly held New York in his heart. He named his month-long “residence” in New York in 2013 “Better Out Than In”, thereby affirming his preferred outsider status, while at the same time hinting at his privileged education. The title follows the decree of Paul Cézanne that “all pictures that are painted inside in the studio will never be as good as those outside.”

Banksy announced that it would create a new piece every day on the streets of New York in October, including “elaborate graffiti, large-format street sculptures, video installations and inferior performance art.” He told the Village Voice that his plan was to “live here, respond to things, see the sights – and paint on them. Some of it will be quite elaborate, and some will just be a scribble on a toilet wall. “

Why New York? He wrote, “New York calls graffiti writers like a dirty old lighthouse. We all want to prove ourselves here. I chose it because of the high number of visitors and the many hiding spots. Maybe I should be in a more relevant place like Beijing or Moscow, but the pizza is not that good. “

What should you think of Banksy’s art?
Despite his thousands of works of art over the decades, Banksy has managed to leave his identity unconfirmed. He is clearly a man of the left who deals with issues of equality and justice, immigration, pollution, war, authoritarianism, defiance and popular culture. His work can be brilliant, even electrifying, and also deeply offensive.

The exhibit does a good job of showcasing the full breadth of Banksy’s approach in what is known as “unprecedented immersion,” which includes a VR session that is engaging but a little annoying. You sit still while his work meanders and lurches around you in 360 degrees.

He distanced himself from the Fever exhibition via his website and Instagram and posts: “You know it has nothing to do with me, right? I don’t charge people to see my art unless there is a fair wheel. “

Of the more than 80 works in Genius or Vandal, some have been borrowed from international private collections and so far have seldom been seen in public. Others, such as Banksy’s etchings on Bethlehem Wall and his “Walled-Off Hotel” across the street, were photographed and slightly enlarged for the exhibition. Arranged in a large, dark room of their own, the Palestinian photographs attract a wide variety of visitors. 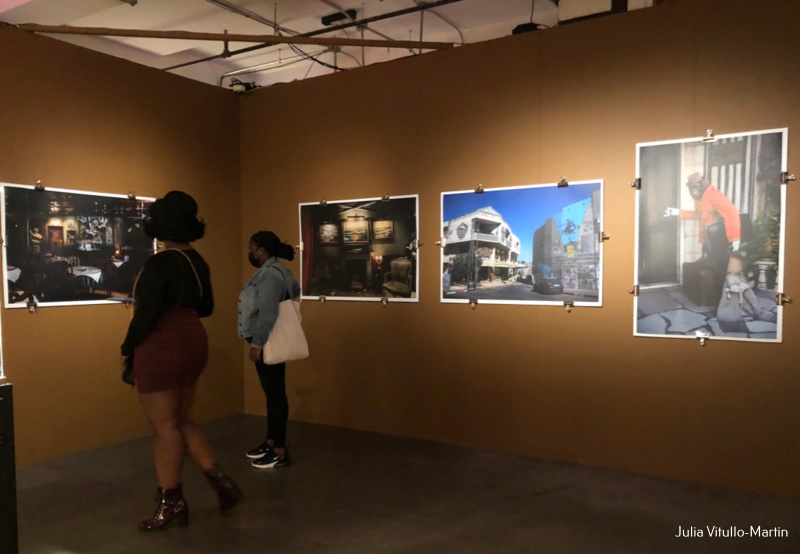 His work in New York was mostly engaging, even forgiving – no virgins labeled “poisonous” or dying princesses in Cinderella carriages. On the door of Larry Flynt’s Hustler Club on West 51st Street, he painted a dapper man in a tuxedo with flowers (now removed). Nothing vulgar.

One of Banksy’s lovable New York plays is “Boy with a hammer” on West 79th Street, across from Zabar’s, which helped preserve it and protect it from vandalism. Most of the time, “Boy” maintains a solitary presence, but also attracts visitors to pose with their heads on the hydrant under the hammer.

But then there is Banksy’s speech
There is Banksy’s art, which is one thing, and then there is his speech, which is rather nuanced. In 2013 he enraged many New York fans when he wrote about the One World Trade Center on his website: “The biggest eyesore in New York is not the graffiti, it is being built at Ground Zero. This building is a disaster. No, disasters are interesting. One World Trade Center is a non-event. It’s vanilla. It looks like something they would build in Canada. “

After insulting our neighbor to the north, he had worse things to say: “You currently have a 300-meter-high sign under construction that reads ‘New York – we have lost our nerve’. One World Trade Center declares that the glory days of New York are over. “

Many progressives defended the 1WTC, which few really loved. Others were just stupid. Journalist Errol Louis wrote, “New York is a city that has long grown accustomed to attention-grabbing Huckster artists who transgress and transcend the boundaries of propriety and good taste. But even in a city that gave the world Warhol, Madonna, Diddy and Lady Gaga, the Banksy floor against the World Trade Center was a bit bearable. “

Genius or Vandal, which you can decide for yourself what to think, takes about two hours. Adult tickets are $ 34.50. Limited availability. Location: 526 6th Avenue (SE corner 14th Street on 6th Avenue) 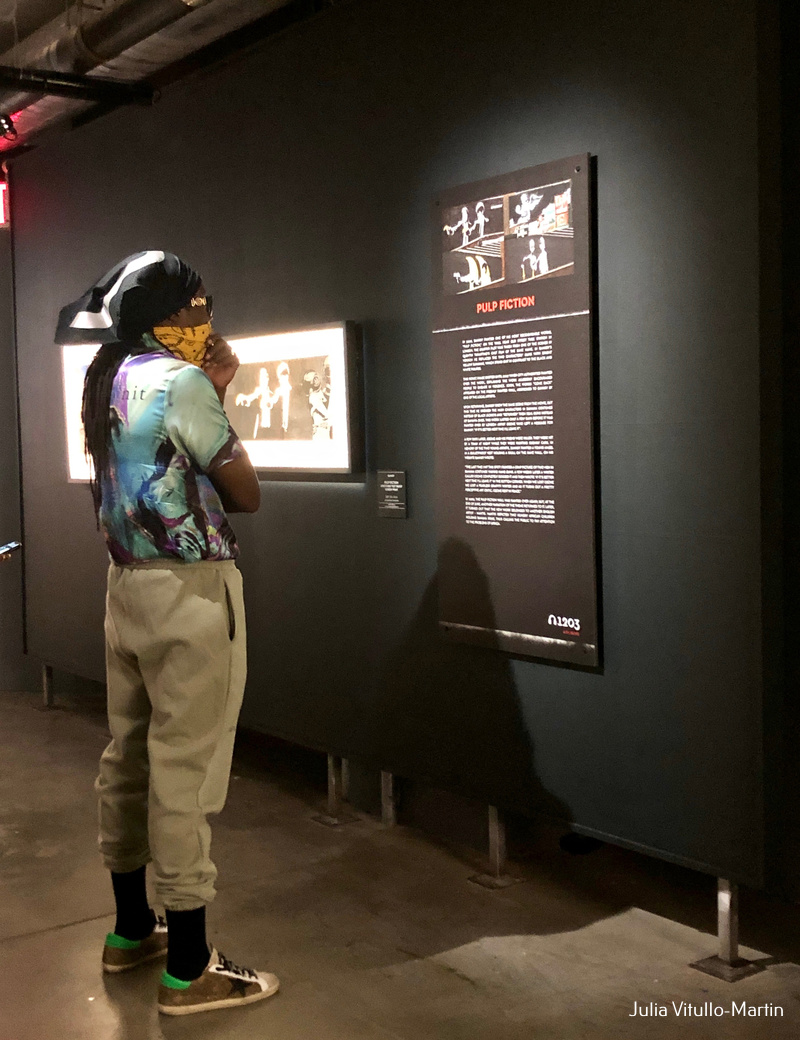 ***
Julia Vitullo-Martin has been an editor and author on the subject of cities for many years. On Twitter @JuliaManhattan

***
Do you have an idea or a contribution to the Gotham Gazette? E-mail This email address is being protected from spam bots! You need JavaScript enabled to view it.