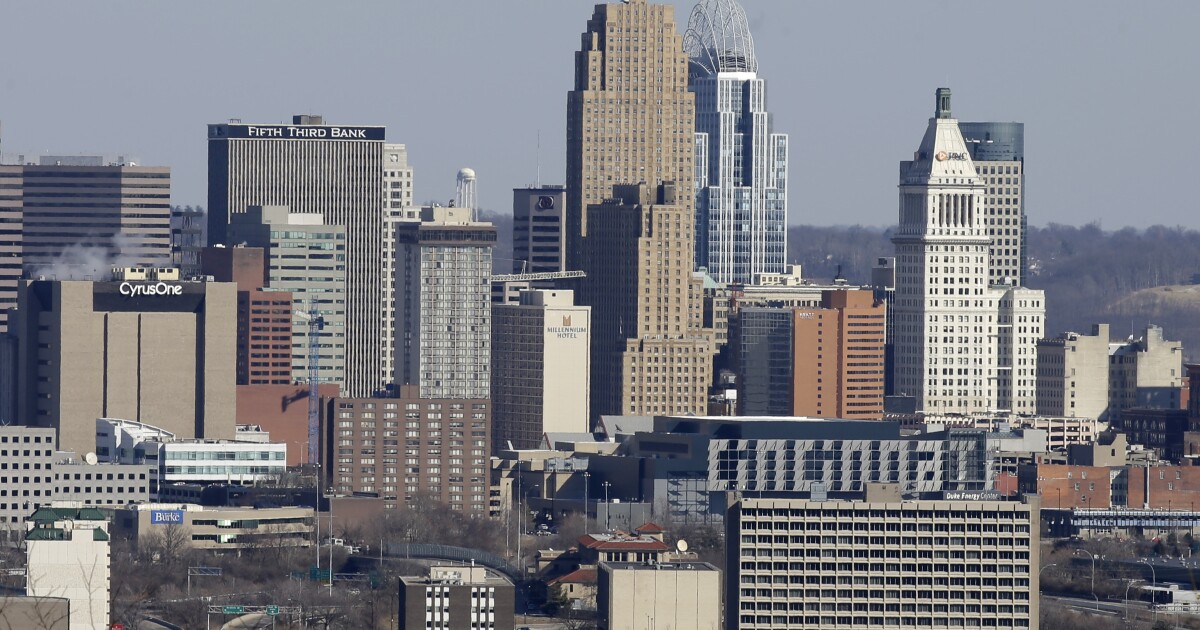 Will the people of Cincinnati ever tire of doing an annual parade of city law changes on the ballot?

It’s been in full swing for at least 30 years and has shown no signs of easing.

Some say that is a good thing – the town charter was passed in 1925, they say; it should be a living, breathing document, constantly adjusting to the changing times as questions arise that the founders of government Cincinnati’s council managers could never have dreamed of.

Others say things are getting out of hand. Everything that the city council cannot or does not want to implement ends up on the ballot via a petition initiative. The time has come to turn Cincinnati into a mini-California, where Golden State voters are routinely asked to go through dozens of ballot “proposals,” some on the most obscure subjects.

For example, this year, among the 35 proposals on the California ballot, one would decriminalize psilocybin mushrooms that can cause hallucinations.

“We see constitutional amendments frequently on the ballot, but I don’t think we’re anywhere near California status,” said Sean Comer, director of government relations at Xavier University. “In California, they’re pretty deeply rooted in ballot proposals. It is as if the state is skipping the legislature and governing by popular vote. “

In this year’s November election – with early voting already in full swing – Cincinnati voters in Issue 3, an all-or-nothing voting question, called for eight different systemic changes in the culture of the city council and government Cincinnati.

Issue 3 apparently had no public opinion whatsoever and is the brainchild of State Representative Tom Brinkman, who is also a candidate for the Republican Council.

It’s wide and far-reaching; and it is almost impossible to imagine that there would be enough voters who would approve all eight of Brinkman’s “reforms,” ​​including:

This package was the result of a successful petition.

“It appears to have been thrown together in response to the corruption problems at town hall,” Comer said. “It just came up suddenly, with no political party or citizen influence. I think a lot of people look at this and think that while they have parts that they can support, they can’t accept the whole package.

“But it will likely be another low turnout election,” Comer said. “Everything can happen.”

Anything can – and often does – happen when it comes to charter changes.

The fact is that amendments to the statutes have played an important role – for better or for worse – in major urban issues for decades.

The most recent example was this year’s primary in May – when a voting question, also known as Issue 3, would have required the city to invest $ 50 million annually in a trust fund for affordable housing.

But the affordable housing amendment has sparked a discussion on how to make housing more affordable for people below or on the poverty line, and it has become a much discussed topic in this year’s city council campaign.

Should it be harder to get amendments on the ballot?

Charlie Luken, who served on the city council in the 1970s and became the city’s first directly-elected mayor in 2001, says the statute changes need to be curbed a bit.

“Of course every citizen has the right to petition the government,” said Luken. “But I have the general impression that we need a constitutional amendment to make it more difficult to get constitutional changes on the ballot.”

It took roughly 4,600 valid Cincinnati voter signatures to get Brinkman’s Issue 3 on the ballot this year.

“The bar is set too low,” said Luken. “I think 10,000 signatures or so in this neighborhood would be better and would reflect broader support for a constitution change in the community.”

Luken said he once took advantage of the low bar to amend the statutes himself – in 1987, when he got a statute amendment on the ballot to make the top of the council election mayor. It was passed and Luken was the top voter in three consecutive council elections.

Occasionally the city ballot is just crammed with amendments to the statutes. 2018 was one of those years. This year, Cincinnati voters passed six constitutional changes, including:

“We’re hiring councilors to make a lot of these decisions”

Charter amendments – even some that have failed – have been the focus of discussion on many high-level issues over the years.

One of these was Article 12, a constitutional amendment that was passed in 1993 by Cincinnati voters with 62% of the vote. It prevented the city from granting legal protection to gays and lesbians.

“That was the most shameful episode of my years in Cincinnati politics,” said Luken.

Article 12 was in effect for 11 years until gay rights activists and others put a dot on the ballot to repeal the article. In the meantime, public attitudes towards civil rights and the LGBT community had changed radically. The repeal was approved with 54% of the vote.

“I was happy about the cancellation, but it passed by a relatively small margin,” said Luken. “That was disappointing.”

Another major topic in which charter changes played a major role was the controversy surrounding the construction of the $ 148 million Cincinnati tram.

In 2009, a coalition of tram opponents, led by the NAACP and the Coalition Opposed to Additional Spending and Taxes (COAST), tabled an amendment to the statutes that called for a public vote on all the city’s funds spent on the tram project. It was rejected with 56% of the vote, which allowed the city to move forward with planning for the tram.

Tram opponents tried again in 2011 with an amendment to the statutes, which stipulated that all funds made available for the tram would be frozen by December 31, 2020. That failed even though the vote was tight – 52% no, 48% yes.

In the same election, a city council was elected that was inclined to support the tram project; and of course the project ended with a ribbon cut in 2016.

Regardless of what happens to this year’s Issue 3, the steady stream of charter changes in Cincinnati is unlikely to reverse anytime soon.

“It speaks a little louder when people are signing petitions to put issues on the ballot,” said Comer. “I just hope we remember that we have a representative government. We hire city councilors to make a lot of these decisions.”