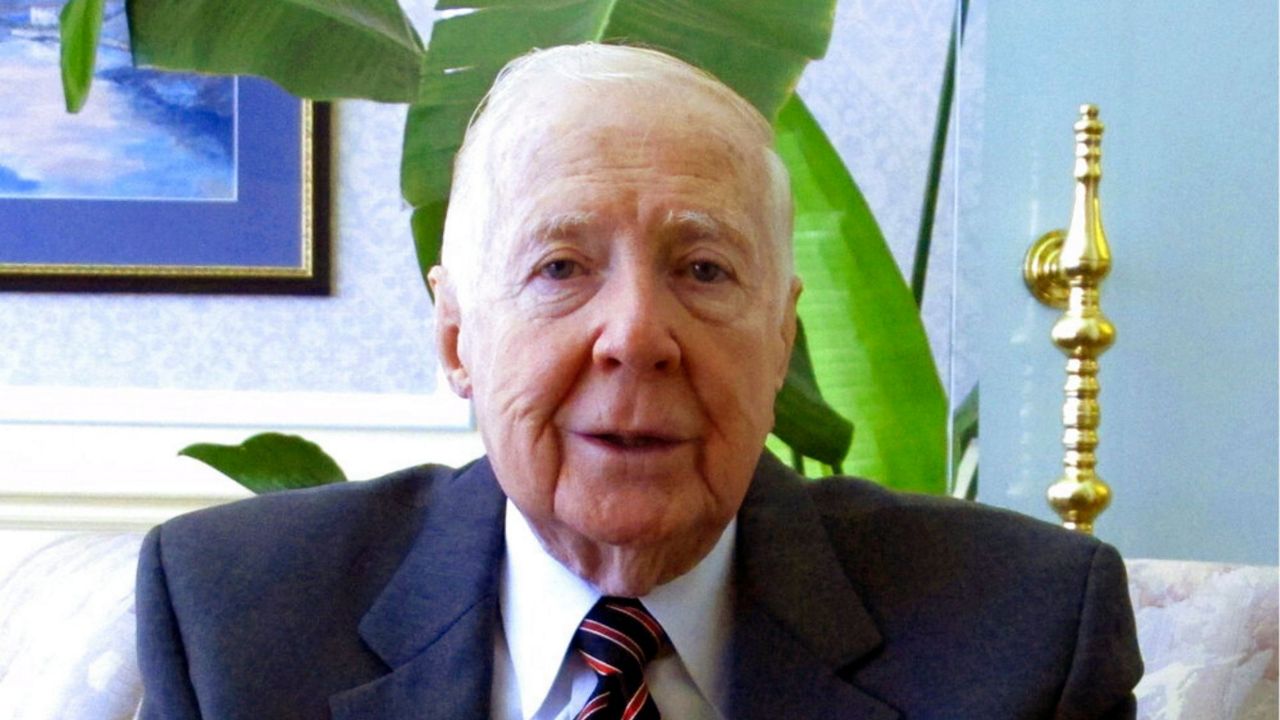 COLUMBUS, Ohio (AP) – Andy Douglas, a former Ohio Supreme Court Justice who was part of the court’s liberal “Gang of Four” coalition that forced changes in the state’s school funding system, died early Thursday. He was 89.

Douglas had been in declining health for several years but remained mentally acute until the end, said Columbus-based attorney partner Paul Lafayette, who confirmed his death.

“He was still super keen mentally, still giving advice to lawyers, and just doing what he’s always done that week,” he said. “Unfortunately, he had some physical problems that caught up with him.”

Douglas, a moderate Republican, served three six-year terms in the state Supreme Court following his election in 1984. He resigned in 2003 after reaching the legal retirement age for judges in Ohio of 70.

In the 1990s, Douglas, along with Democrats Alice Robie Resnick and Francis Sweeney and Republican Paul Pfeifer, forged a majority that angered companies over their decisions on insurance, medical malpractice, employee compensation, and legal action.

The group, known as the Gang of Four, also ruled in a series of rulings that Ohio’s public school system was unconstitutional. Known as the “DeRolph” rulings for Nathan DeRolph, the southern Ohio student on whose behalf the lawsuits were filed, the rulings resulted in Ohio pumping billions more billions into schools.

But the court never fully resolved the issue and relinquished jurisdiction in a final 2009 ruling that referred the matter back to the General Assembly.

In 1991, at one of the lowest moments in court, Douglas and then Judge Craig Wright got into an argument over whether Wright accused Douglas of providing information to the media. Douglas broke two ribs as he fell to the ground. The two fixed fences; Wright died in 2010.

In 1987, the court ruled that Dayton Power & Light had violated the civil rights of a black employee, the only person fired after a group of employees – all of whom were white except Prather – engaged in jokes that damaged company property . Douglas called it his most telling case.

Douglas, known for his support for the Open Records Act, also authored the 1995 statement instructing the Columbus Police Department to release internal records requested by civil rights lawyers and a group of black officers.

After leaving court, Douglas returned to the private law firm in Columbus. From 2004 to 2009 he was also the Executive Director of the Ohio Civil Service Employees Association.

Douglas adhered to a strict legal regime until his 80s. In 2014, at the age of 81, he represented Toledo in a nationwide challenge against red light cameras. He also represented groups of veterans suing a ban on charitable raffle games, which the Attorney General had labeled illegal gambling.

“I’m happiest when I work,” he told The Associated Press in February 2014 at the age of 81. “I’m afraid of going into retirement.”

Andrew Grant Douglas was born on July 5, 1932 in Toledo to Andrew and Elizabeth Douglas. He attended the University of Toledo, where he received his law degree in 1959. From 1954 to 1956 he served in the infantry and signal corps of the US Army and reached the rank of first lieutenant.

The Science Behind Pixar opens on October 22nd at the Cincinnati Museum Center.